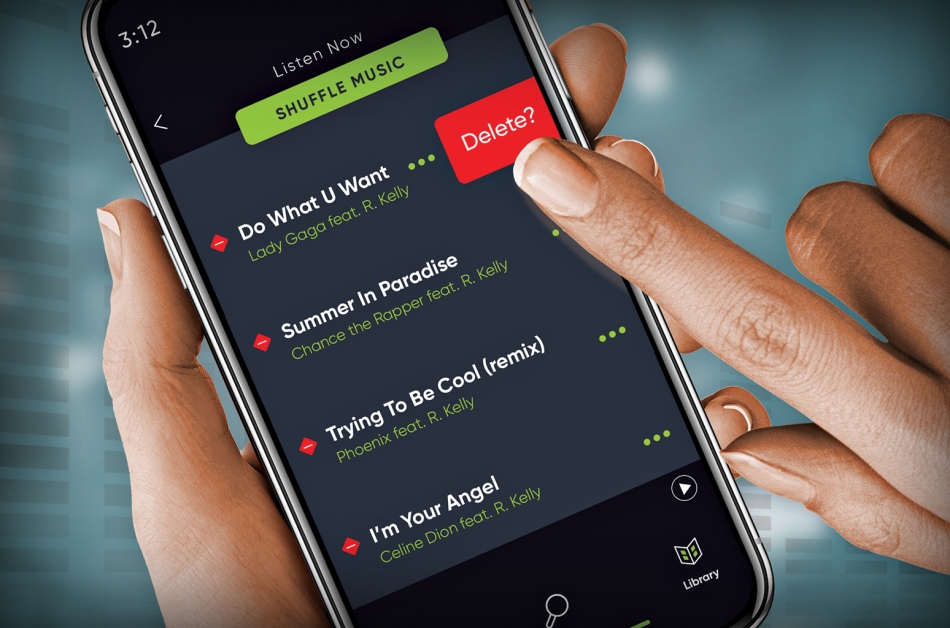 Now that Sony has parted ways with R. Kelly, music executives are thinking about how to handle allegations against artists — and wondering what will happen next.

Thomas, the 37-year-old co-founder of the women’s advocacy group UltraViolet, spent years pushing the label to drop the R&B star over the many allegations of sexual misconduct against him. After the Lifetime documentary Surviving R. Kelly aired, UltraViolet paid for a plane to fly over Sony’s Culver City building in Los Angeles trailing a banner that read “RCA/Sony: Drop Sexual Predator R. Kelly” and helped coordinate protests outside Sony’s Manhattan office on Jan. 16. Two days later, the label and Kelly agreed to split.

“There is a tipping-point moment where it becomes undeniable,” says Thomas, “where you can’t find enough flaws in all of the survivors’ stories to deny there’s something really problematic going on.”

The music business hasn’t yet faced the kind of #MeToo reckoning that’s rattling Hollywood, but some executives are wondering whether Sony’s decision to part ways with Kelly will be a watershed moment. As artists face changing expectations of accountability, the companies behind them will also need to reassess how they respond to misconduct, both to protect their brand and to avoid the years-long negative press that Sony endured due to its relationship with Kelly. (Reps for RCA and its parent company, Sony, declined to comment.)

Label executives say they aren’t likely to change their signing decisions because of increased scrutiny of artists’ personal conduct, but they are scrambling to rethink how to manage the new flood of media attention and online activism when it affects acts on their roster — deservedly or not. Some tell Billboard they might take a more proactive approach that would stop short of dropping the artist, which is a “dangerous precedent,” according to one top label executive. (Even R. Kelly wasn’t “dropped,” sources tell Billboard: He agreed to leave in exchange for the rights to his unreleased music that he had recorded under contract at RCA.)

Still, “every label is going to take a long, hard look at their roster after this,” says one industry source. “Everybody’s going to have to look at certain allegations against people they worked with and signed and feel a new type of moral obligation.” Another label executive says the Kelly decision doesn’t have much precedent and that “we’re all kind of feeling our way through the dark” on how to react to such situations.

The problem, as one music entertainment lawyer wryly puts it, is “the music industry has a high pain threshold for bad behavior.” Rule-breaking has always been part of rock’n’roll, and some of music’s most iconic acts, from Michael Jackson to Dr. Dre to Led Zeppelin, have had serious accusations of misconduct leveled against them during their careers. And while times have changed, the recent explosive success of controversial artists like 6ix9ine and the late XXXTentacion has again shown that criminal allegations don’t always hurt the bottom line.

“You tolerate bad behavior because some of it brings a lot of attention to the brands,” says the lawyer. “And labels are not going to do anything until they have to.”

Meanwhile, the Kelly controversy has motivated artists who have worked with him to take the step of removing collaborations from digital music services. On Jan. 9, Lady Gaga issued an apology for duetting with Kelly on her 2013 single “Do What U Want,” and the song was removed from the internet less than 24 hours later. Other acts are hoping to follow: Céline Dion has moved to take down her chart-topping 1998 duet “I’m Your Angel,” while a source says that The Pussycat Dolls are hoping to remove their 2008 collaboration “Out of the Club.” Artists like Chance the Rapper and Phoenix also have publicly apologized for working with Kelly.  [Read More Billboard News]