Forecasters may not be expecting a severe hurricane season this year, but a few major storms could still threaten the Atlantic coast.

The Atlantic hurricane season officially kicks off Saturday — even after Subtropical Storm Andrea briefly spun up near Bermuda last week — and will run through November 30.
The nation’s top hurricane forecasters have predicted a near-normal season with “a lot” of storms. Nine to 15 named storms, including four to eight hurricanes, could form in the Atlantic.
The National Oceanic and Atmospheric Administration, or NOAA, said the season won’t likely be as violent as last year’s above-average season when hurricanes Florence and Michael slammed the United States, killing nearly 100 people and causing billions of dollars in damage.
But they are warning that two to four hurricanes could still grow to Category 3 or stronger. Those storms carry winds of 111 to 129 mph.
“That’s still a lot of activity,” said Gerry Bell, NOAA’s lead hurricane forecaster. “We are expecting a near-normal season but regardless, that’s a lot of activity and you still need to prepare for the hurricane season now.”

These are the names of tropical storms or hurricanes that may form in the Atlantic Ocean in 2019. Names are alphabetical, and alternate between male and female. Needing the entire list in a season is rare.

Would a hurricane hit the US?

While the forecast does not specifically predict where those storms might strike, weather officials are urging all US coastal residents to prepare for a tropical storm or hurricane, because the past two years have been devastating.
In 2017, Hurricanes Harvey, Irma and Maria put a dramatic end to a 12-year period with no major hurricane landfalls in the United States and ranked among the costliest hurricanes in history.
Millions of people in Texas, Louisiana, southwest Florida, North Carolina and Puerto Rico are still reeling from the trio of hurricanes.
A fourth storm, Hurricane Nate, also made US landfall, but never reached major hurricane level.
Last year, Florence arrived during the season’s peak to pummel the Carolinas. Then, Hurricane Michael slammed the Florida Panhandle with frightening fury and later socked Virginia, the Carolinas and Georgia.

El Niño, the periodic weather event characterized by warming ocean temperatures, tends to weaken hurricanes but that could change if the weather is warmer.
Neil Jacobs, the acting NOAA administrator, said warmer-than-average sea-surface temperatures in the tropical Atlantic Ocean and Caribbean Sea, as well as enhanced storm activity moving off West Africa, would favor increased activity.
El Niño could also weaken quicker than anticipated, creating conditions that would be more favorable for storm development by peak season in September.
The opposite is also true: If El Niño strengthens more than anticipated, it could keep tropical storm activity on the lower end of NOAA’s range.
Weather officials say El Niño has a 55% to 60% chance of continuing through the fall.

Floridians are getting a little help from authorities to build their own hurricane emergency kit. 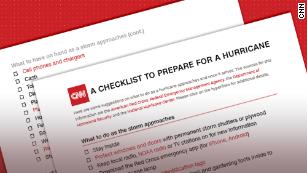 A checklist of what to do — and pack — when a hurricane’s coming
Residents can buy emergency supplies free of sales taxes from May 31 until June 6. The discount includes ice packs, batteries, flashlights, coolers and items worth up to $750, such as portable generators.
“While living in and visiting Florida offers many benefits and advantages, it is important to keep the potential for severe weather hazards and threats in mind,” said Jim Zingale, executive director of the Florida Department of Revenue.
The holiday tax was passed by Florida lawmakers and signed into law by Gov. Ron DeSantis in May. 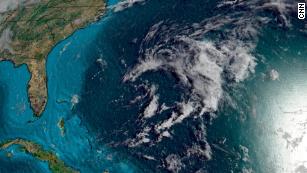 We’ve seen tropical storms before June 1 for the past 5 years. Why is that still the start of hurricane season?
Hurricane Alex, an unusual winter hurricane, formed in January 2016 in the northeastern Atlantic Ocean.
Meantime, April saw the advent of Tropical Storm Arlene in 2017, while May ushered in Tropical Storm Ana in 2015 and Tropical Storm Alberto in 2018.
The recent rise in off-season storms has raised questions about the impact of climate change and whether the time frame should begin sooner.
But weather officials have said they would need more evidence of a considerable change before making a final decision.
In the past 12 years, there have been at least six named storms right before hurricane season officially started — during the second half of May — but in the 31 years before that, there was “a lack of any such activity” in the same time frame, said Dennis Feltgen, a meteorologist and spokesman with the National Hurricane Center.