We love Mitchell Tenpenny’s “Alcohol You Later,” but we’d also like to say later to this look. Though that pink Stephanie Thorpe suit is a pretty shade, the Varvatos V-neck T-shirt underneath and those sparkly white Nike sneakers took this look to unnecessarily casual levels. 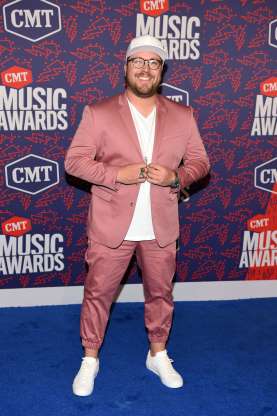 Danielle Bradbery was ready for summer in this white-hot number by Hamel! Her long-sleeved minidress featured a plunging neckline and silver embellishments that brought some sparkle to the blue carpet. (Fun fact: If this dress looks familiar, that’s because Paula Abdul wore this to the Billboard Music Awards last month!) 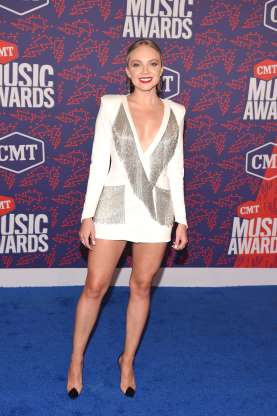 We’re not quite sure what Sheryl Crow was going for with this look, but we know one thing: It’s way too casual! Her getup made the singer look like she was off to a pool party instead a major country music award show! 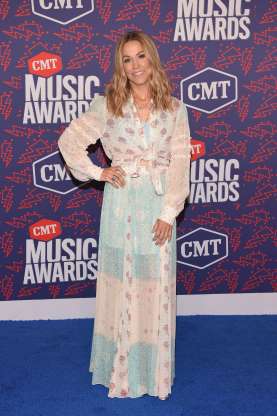 Would it be a country music red carpet without a Jessie James Decker minidress? This time, Jessie opted for a romantic pale pink shade, and we loved the off-the-shoulder number. Completing this look? Her equally stellar shoe choice! 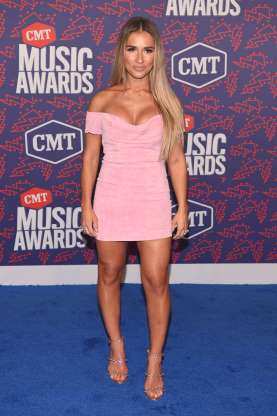 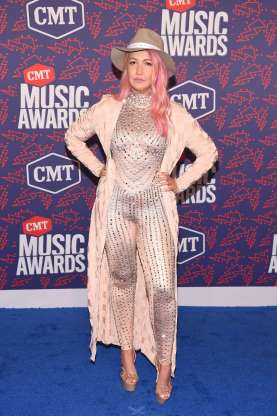 A bedazzled jumpsuit? Meghan Linsey’s odd ensemble at the CMT Music Awards didn’t stop there. She also added a similarly blush-hued duster over top, a tan hat and platform heels. One thing she had going for her? The hues certainly complemented her bright pink hair!