LONDON — Two oil tankers came under attack on Thursday in the Gulf of Oman, forcing their crews to abandon ship and setting at least one vessel ablaze, a month after four tankers were damaged in the same waterway, a vital thoroughfare for much of the world’s oil products.

The attacks escalated tensions in an already tense region, where Iran has long been at odds with Saudi Arabia and the United Arab Emirates, and they are backing opposite sides in the civil war in Yemen. Relations between the United States — allied with the U.A.E. and Saudi Arabia — and Iran have also worsened.

Frictions have become so intense that other nations have pleaded with all sides to stay calm rather than provoke an all-out war. Last month, Jeremy Hunt, the British foreign secretary, said, “We are very worried about the risk of a conflict happening by accident with an escalation that is unintended on either side.”

It was not immediately clear how the most recent attacks were carried out or by whom, just as the circumstances of last month’s attacks remain murky. The two ships that were struck on Thursday appeared to have been more seriously damaged than those hit in May.

On a visit to the U.A.E. about two weeks ago, John Bolton, President Trump’s national security adviser, said without disclosing any evidence that Iran was “almost certainly” responsible for the attacks in May. “Who else would you think is doing it?”

But other American officials and Iran’s regional adversaries have been more cautious about assigning blame. Emirati officials described the attacks as state-sponsored, but did not specify a state.

Mr. Trump has repudiated the 2015 deal limiting Iran’s nuclear program and has imposed new sanctions. In response, Iran recently threatened to block the Strait of Hormuz, the crucial access to the Persian Gulf, and has said it may reduce its compliance with parts of the nuclear pact.

Much of the world’s oil and gas come from the Persian Gulf area, bordered by energy powerhouses like Saudi Arabia, the U.A.E., Iran, Iraq, Kuwait and Bahrain. Some leaves the region through pipelines, but a significant portion is carried by ships that must pass through the Strait of Hormuz and the Gulf of Oman.

“We have people of every nationality and vessels of every flat transiting that crucial sea lane every day,” Paolo d’Amico, chairman of the International Association of Independent Tanker Owners, said in a statement. “We need to remember that some 30 percent of the world’s crude oil passes through the Straits. If the waters are becoming unsafe, the supply to the entire Western world could be at risk.” 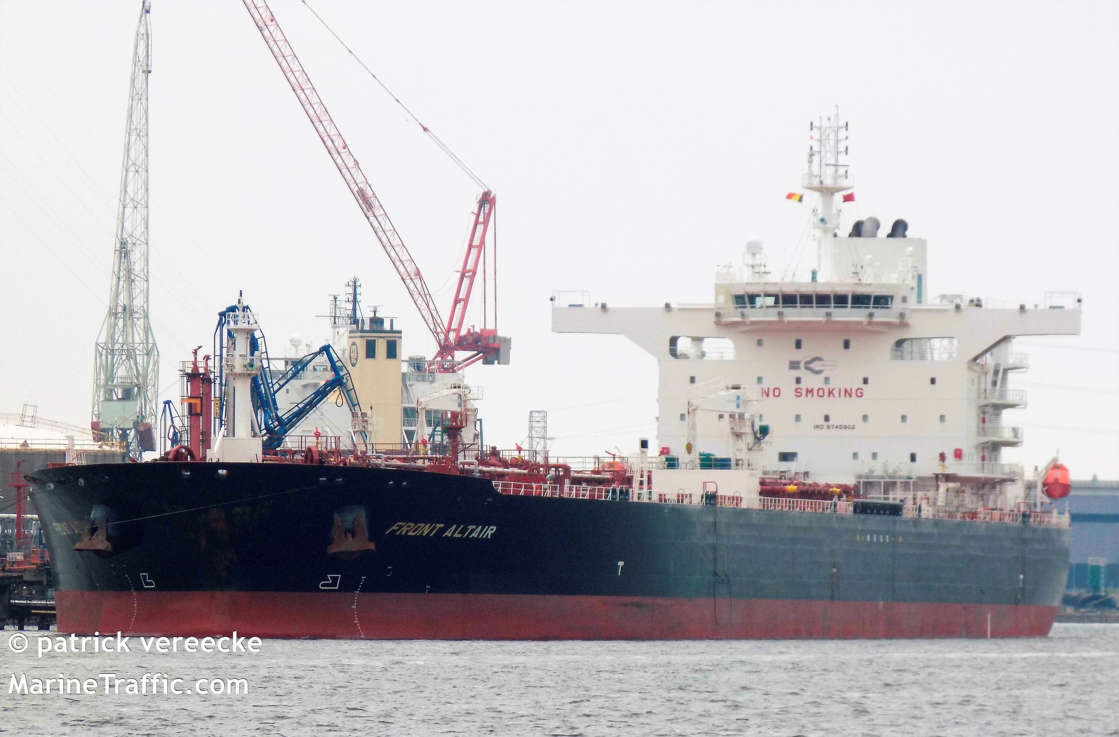 One of the ships struck on Thursday, the Front Altair, owned by the Norwegian shipping company Frontline, was burning and its crew had evacuated the vessel, according to a shipping industry official who was not authorized to speak for the record. CPC Corporation, the Taiwan oil company that had chartered the ship to carry naphtha, a petroleum product, confirmed that it had been attacked.

The Norwegian newspaper VG quoted a Frontline spokesman as saying that its ship was on fire, and that all 23 crew members had been rescued. Maritime tracking websites say the Front Altair, registered in the Marshall Islands, had left the Emirati port of Ruwais, headed to Kaohsiung, in Taiwan.

The other tanker, the Panamanian-flagged Kokuka Courageous, operated by the Japanese company Kokuka Sangyo, was carrying methanol, and Iranian state media reported that it too was on fire. It was reportedly headed from the Saudi port of Al Jubail to Singapore. The ship’s owner, Bernhard Shulte GmbH & Co KG, said in a statement that all 21 crew members had abandoned ship after damage to the hull on the starboard side, and were quickly rescued from a lifeboat by a nearby vessel.

Iran’s state media confirmed the attacks on the two tankers and the rescue of 44 mariners. The news channel IRINN said a rescue team from the southern Iranian province of Horozgan had picked up the crew of the ship carrying the Panamanian flag.

“We are aware of the reported attack on tankers in the Gulf of Oman,” the United States Fifth Fleet said in a brief statement. “U.S. Naval Forces in the region received two separate distress calls at 6:12 a.m. local time and a second one at 7 a.m.”

The fleet said the U.S.S. Bainbridge, a guided missile destroyer, was “rendering assistance.”

An arm of the British Navy, United Kingdom Maritime Trade Operations, reported that “U.K. and its partners are currently investigating” an incident in the gulf, about 40 miles east of the United Arab Emirates port of Fujairah, but offered no details.