The bodies of Oscar Alberto Martínez and his 23-month-old daughter, Angie Valeria, lie face down in murky waters littered with reeds and discarded beer bottles. Their heads are wrapped in a black T-shirt, and her tiny right arm is draped over his shoulders.

The shocking image captured Monday was a grim reminder of the dangerous journey migrants take to get to the United States.
The pair from El Salvador drowned Sunday in the Rio Grande as they were crossing from Mexico into Texas near Brownsville. They actually had made it to the Texas side initially, and Martinez placed his child there before turning around to get his wife, a journalist says.
But when Angie Valeria saw her father swimming away, she jumped in after him, Julia Le Duc, the photographer who captured the image of the pair, told CNN en Español on Wednesday.
The father clung to the little girl in red pants and black shoes, but a strong current swept over and drowned them, Le Duc wrote for Mexican newspaper La Jornada.
The newspaper talked to the man’s widow, Tania, who said she saw her husband and child carried away Sunday. Their bodies were found Monday on the Mexican side of the Rio Grande, near Matamoros, across the river from Brownsville. 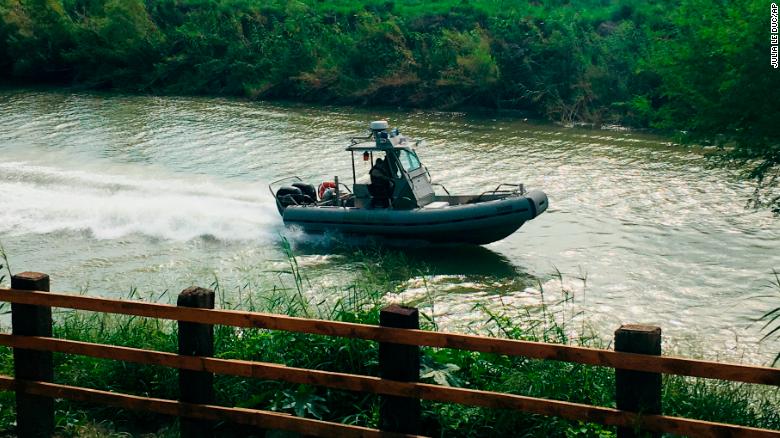 A US Border Patrol boat navigates the Rio Grande near where the bodies of Oscar Alberto Martínez Ramírez and his daughter Valeria were found in Matamoros, Mexico, on June 24.
Enrique Maciel Cervantes, director of the Tamaulipas Institute for Migrants, said the two bodies were on their way to the Mexican state of Nuevo Leon on Wednesday and will “possibly” be repatriated to El Salvador by Thursday.

They were waiting for asylum

The haunting image offers a glimpse into the suffering asylum seekers face on the US-Mexico border. 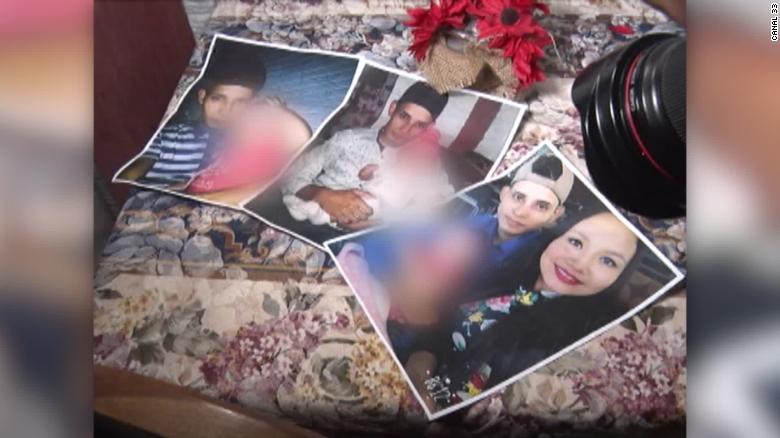 Oscar Alberto Martínez, his daughter, Angie Valeria, and his wife, Tania Avalos. His family showed these photos to reporters in El Salvador on Tuesday.
Martinez arrived along with his wife, young daughter and a brother at a migrant camp in Matamoros on Sunday, hoping for an appointment to receive political asylum from the US, Le Duc said. 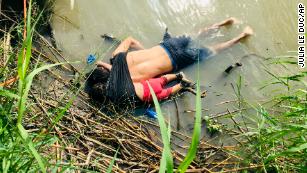 A woman watched her husband and daughter drown at the Mexican border, report says
Martínez had been working as a cook in a pizzeria while the family lived with her in San Martín, a municipality in central El Salvador just east of the country’s capital, his mother, Rosa Ramírez, told reporters at her home in El Salvador on Tuesday.
They wanted to have their own home, Ramírez said. “That was what motivated them,” she said.
She said tried to convince her son and his family not to make the dangerous trek north.
“As a mother, you don’t want your children to be so far away,” she said. “But … the idea of leaving had gotten into their heads.”
The family traveled north to Mexico, where they stayed for two months in scorching heat — temperatures climbed to 113 degrees Fahrenheit at times, La Jornada reported. The victim’s wife said they had obtained a humanitarian visa from the Mexican government.
By Sunday, Martinez and his family decided to cross the river out of desperation about 400 meters (437 yards) away from the Puerta México international bridge in Matamoros. De Luc told CNN en Español the family arrived at the bridge Sunday planning to seek asylum, but they were told it was closed and they would have to return the following day.
Ports of entry along the border have long been overwhelmed by the surging asylum claims, Customs and Border Protection officials have said. But US policies that make it harder for those seeking asylum to turn themselves in at ports of entry are pushing more migrants to take deadly risks and cross in more dangerous areas, advocates have said, warning the number of deaths at the border will increase.
Turnbacks and long waits also often push asylum seekers into crossing the border illegally, according to a September report by the Homeland Security’s Office of Inspector General.
In Matamoros alone, more than 2,000 migrants had been waiting at the end of May “in conditions of hunger and overcrowding” to seek asylum at ports where, according to La Jornada, US agents granted an average of three appointments per week. 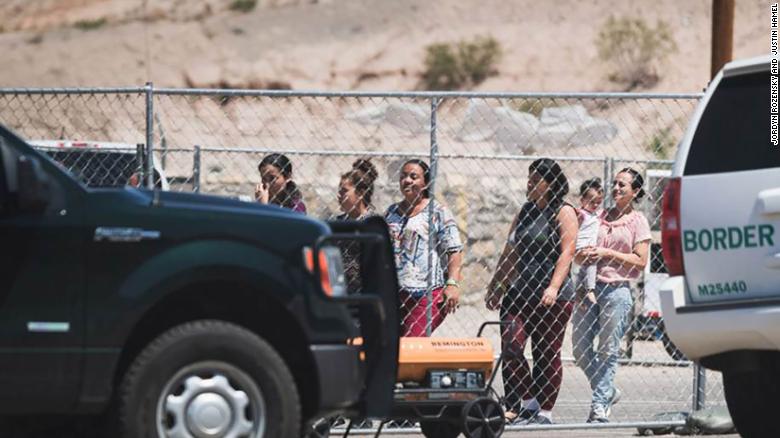 The two deaths promoted Salvadoran Minister of Foreign Affairs Alexandra Hill to beg citizens to stay in the country and work with the government as it tries to resolve the economic issues that push so many to leave. 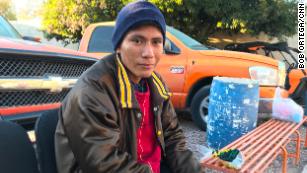 US asylum seekers face long waits or risky crossings, thanks to supposed capacity crunch
“Our country is in mourning, again,” she said. “I beg you, to all the families, parents, don’t risk it. Life is worth a lot more.”
Hill said the government is working with Mexican authorities to repatriate the remains.
El Salvador’s newly elected President Nayib Bukele said the government would help the family financially.

Reactions from around the world

After news of the image spread, the office of the United Nations High Commissioner for Refugees called for “all countries in the region to take immediate and coordinated steps to prevent further tragedies like this from occurring.
“The deaths of Oscar and Valeria represent a failure to address the violence and desperation pushing people to take journeys of danger for the prospect of a life in safety and dignity,” the high commissioner, Filippo Grandi, said. “This is compounded by the absence of safe pathways for people to seek protection, leaving people with no other choice than to risk their lives.”
The Vatican issued a statement saying Pope Francis “is profoundly saddened” by the deaths.
“The Pope is profoundly saddened by their death, and is praying for them and for all migrants who have lost their lives while seeking to flee war and misery,” Vatican spokesman Alessandro Gisotti said.
US presidential candidates blamed the deaths on the administration.
Democratic presidential candidate Kamala Harris called the situation “inhumane.”
“These families seeking asylum are often fleeing extreme violence,” she tweeted. “And what happens when they arrive? Trump says, ‘Go back to where you came from.’ That is inhumane. Children are dying. This is a stain on our moral conscience.”
Democratic presidential candidate Beto O’Rourke said “Trump is responsible for these deaths.”
“As his administration refuses to follow our laws — preventing refugees from presenting themselves for asylum at our ports of entry — they cause families to cross between ports, ensuring greater suffering & death. At the expense of our humanity, not to the benefit of our safety,” he said on Twitter.
A previous version of this story indicated the family had been at a migrant camp in Matamoros for two months. In fact, they were in Mexico for two months but arrived at Matamoros Sunday.
Per: CNN