When winding down you might enjoy sipping a beverage before bedtime, but are there any drinks that could be particularly helpful or harmful for quality sleep?

It turns out that that experts advise to avoid certain beverages before bedtime — whereas the research on beverages to promote quality sleep remains not as clear. 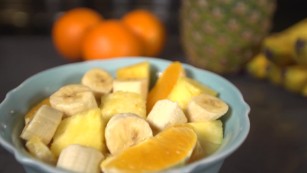 Foods to eat for better sleep
Overall more than a third of adults in the United States don’t get enough snoozing time, sleeping less than seven hours in a 24-hour period, according to the US Centers for Disease Control and Prevention. “Things that contain caffeine are definitely going to be less-than-desirable for most people,” said Jessica Garay Redmond, assistant professor in the Department of Nutrition and Food Studies at Syracuse University in New York.
“That’s not even just right before bed, but I think depending on a person’s caffeine sensitivity, they may need to shut down the caffeine in their day at some point in the afternoon or certainly by dinner time so that they can then have a restful night sleep,” she said. 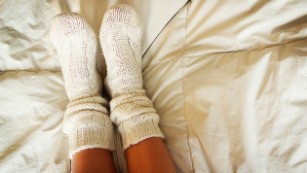 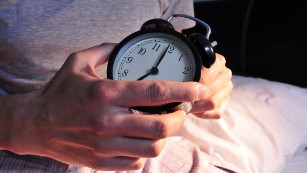 In other words, if you typically turn to a cup of joe to revive you during those late afternoon slumps in the office, it might be best to limit the amount you sip. A small study published in the Journal of Clinical Sleep Medicine in 2013 suggests refraining from consuming caffeine within six hours of going to sleep.
Redmond added that some genetic tests can help determine your caffeine sensitivity. Caffeine can also be found in certain teas, soda and chocolate — and while a nightcap might be tempting, experts say alcohol should be avoided, too.
Alcohol may help you fall asleep, but that’s where the benefits end, Rebecca Robbins, a postdoctoral research fellow in the Department of Population Health at NYU Langone Health, told CNN in April. Instead, it traps you in the lighter stages of sleep and “dramatically reduces the quality of your rest at night.” “It continues to pull you out of rapid eye movement and the deeper stages of sleep, causing you to wake up not feeling restored,” Robbins said. 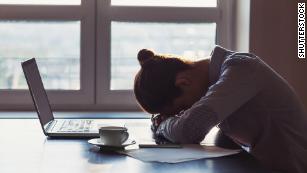 Wake up, people: You’re fooling yourself about sleep, study says As far as what might be helpful for sleep quality, some studies suggest that consuming milk might help improve falling asleep — even warm milk mixed with honey. “That’s one of those recommendations that’s been around for a really long time,” Redmond said, adding that milk is a source of tryptophan.
Tryptophan is an amino acid that can benefit slumber because once it enters your body, it’s converted into two brain chemicals associated with sleep: melatonin, which helps regulate your body’s natural sleep and wake cycles, and serotonin, which causes relaxation and drowsiness. Yet “at this point there’s so much research that has looked at the effects of milk and warm milk and there’s not necessarily an obvious connection that makes it a universal recommendation,” Redmond said. “A lot of researchers now suspect that it might be more sort of psychological than anything else.”
As for Redmond, she doesn’t have a specific bedtime routine other than “trying to stay hydrated and get some water,” she said. “It’s really about trying to stay hydrated with water.” Going to bed even mildly dehydrated can disrupt your sleep, according to the National Sleep Foundation. To stay adequately hydrated, the National Academies of Sciences recommend for men to consume about 3.7 liters, or 15.5 cups, of water on average each day and for women to consume about 2.7 liters, or 11.5 cups. Sweet dreams.
Per: CNN