There’s more bad news for fans of sugary drinks such as soda and fruit juice. A new study has linked drinking just a small glass of a sugary drink per day — 100 ml, about a third of a typical can of soda — to an 18% increase in overall cancer risk and a 22% increase in risk for breast cancer. The research, which looked at more than 100,000 French adults, links consumption of sugary drinks to an increased risk of some cancers. This follows a recent study linking sugary beverage consumption to greater risk of premature death. 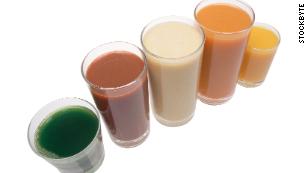 “The results indicate statistically significant correlations between the consumption of sugar-sweetened drinks and risk of all cancers combined, and of breast cancer,” said Ian Johnson, nutrition researcher and emeritus fellow, Quadram Institute Bioscience, who wasn’t involved in the research. “Surprisingly perhaps, the increased risk of cancer in heavier consumers of sugary drinks was observed even among consumers of pure fruit juice — this warrants more research,” Johnson told the Science Media Centre in the UK.
Mathilde Touvier, lead author of the study which was published Wednesday in medical journal BMJ, said that the findings added to research showing that reducing how many sweetened beverages we drink would be beneficial for our health.
“What we observed was that the main driver of the association seems to be really the sugar contained in these sugary drinks,” said Touvier, who is the research director of the Nutritional Epidemiology Research Team of the National Health and Medical Research Institute at the Paris 13 University. 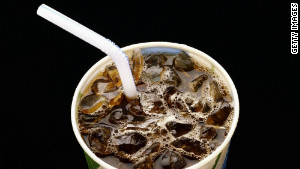 Touvier said her team observed that sugar seemed to be the main driver of the link.
“High sugary drinks consumption is a risk factor for obesity and weight gain,” she said, and, “obesity is in itself a risk factor for cancer.” Another possibility is that additives, such as 4-methylimidazole, which is found in drinks that contain caramel coloring, could play a role in cancer formation. Touvier suggested that people should stick to public health guidelines that recommend limiting sugary drinks to a maximum of one glass a day. The American Beverage Association did not immediately respond to CNN’s request for comment on the study.

No link found with diet sodas 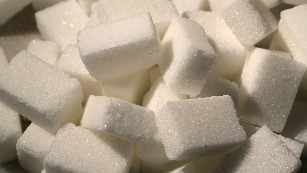 The research found no link between diet beverages and cancer. The authors warned that this finding should be interpreted with caution, as this type of beverage had a relatively low consumption among the study participants. A study published earlier this year found that drinking two or more of any kind of artificially sweetened drink a day was linked to an increased risk of clot-based strokes, heart attacks and early death in women over 50. However, Catherine Collins, a dietician in the UK’s National Health Service, said that the absence of cancer risk in using diet drinks was the “take-home message” of the research. “For too long the nutri-myth of sweeteners being a health risk has remained in popular culture,” she told the Science Media Centre in the UK. “All current sweeteners in use have been through rigorous safety testing before being acceptable for human use,” said Collins, who was not involved in the study.*

‘There is more work to be done’

For the new study, the research team looked at 101,257 healthy French adults — 79% women and 21% men who participated in the ongoing French NutriNet-Santé study.
Participants, who were on average 42 years old, filled out at least two questionnaires and were followed over a nine-year period. Their consumption of sugary drinks was gauged by participants submitting at least two 24-hour diet recall questionnaires, which asked about their usual intake of 3,300 different food and drink items. 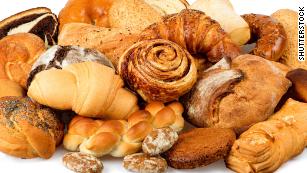 Daily consumption of sugary drinks — sugar-sweetened beverages and 100% fruit juices — and artificially sweetened or diet beverages were calculated and first cases of cancer reported by participants were validated by medical records and linked with health insurance national databases. On average, men consumed more sugary drinks than women — 90.3 ml daily compared to 74.6 ml. Risk factors for cancer, such as age, sex, educational level, family history of cancer, smoking status and physical activity, were considered in the study. During the study’s follow-up period, a total of 2,193 first cases of cancer were diagnosed, at the average age of 59 years. Of these, 693 were breast cancers, 291 were prostate cancer cases and 166 were colorectal cancers.
However, this study is observational and doesn’t show cause and effect. That’s a major limitation, researchers say, as it’s impossible to determine whether the association is due to a type of beverage or another hidden health issue. “While this study doesn’t offer a definitive causative answer about sugar and cancer, it does add to the overall picture of the importance of the current drive to reduce our sugar intake,” said Amelia Lake, reader in public health nutrition at Teesside University. “Clearly there is more work to be done and measuring dietary intake is challenging, however, the message from the totality of evidence on excess sugar consumption and various health outcomes is clear — reducing the amount of sugar in our diet is extremely important,” Lake told the Science Media Centre in the UK. She was not involved in the current study.