The mission was simple: ask several NFL personnel executives who they thought was the league’s most underrated player entering the 2019 season.

Some of their answers were genuinely unexpected.

The name mentioned most, however, was the most surprising: Steelers running back James Conner.

Maybe no one should be stunned by this. In 12 starts this past season (and 13 total games), he ran for 973 yards and scored 12 touchdowns. He also had 55 catches for 497 yards and another score. He’s obviously good.

But the most underrated player entering the season? Really?

The reasoning, according to three of the executives—two assistant general managers from the NFC and one from the AFC—is that Conner is better than most people think, and if he stays healthy, he’ll come close to doing what Le’Veon Bell did in Pittsburgh for years. Not all the way. But close.

This seems antithetical to what normally happens when a team loses a premier talent. The Steelers did exactly that this offseason, trading a disgruntled Antonio Brown to the Raiders and watching Bell sign with the Jets as a free agent. That’s a lot of ability, smarts and football knowledge now gone.

But many executives B/R spoke with believe the Steelers can recover faster and more thoroughly than people think. If Conner can reproduce what he did last season—or improve upon it—Pittsburgh could be a serious threat in the AFC.

If Conner can’t, the Steelers are in trouble. It’s that simple in a lot of ways, which makes Conner that important.

As noted above, Connor isn’t the only player who some in the league view as underrated. And there is good reason to believe a handful of them might turn in huge seasons.

Breida could be one of them. The 49ers backfield is extremely crowded with him, Tevin Coleman and Jerick McKinnon, but the execs think Breida has the most potential to flourish. Though the running back position has been deemphasized in recent years, Breida could become a star if he makes quarterback Jimmy Garoppolo’s job easier and loosens up coverages on tight end George Kittle. 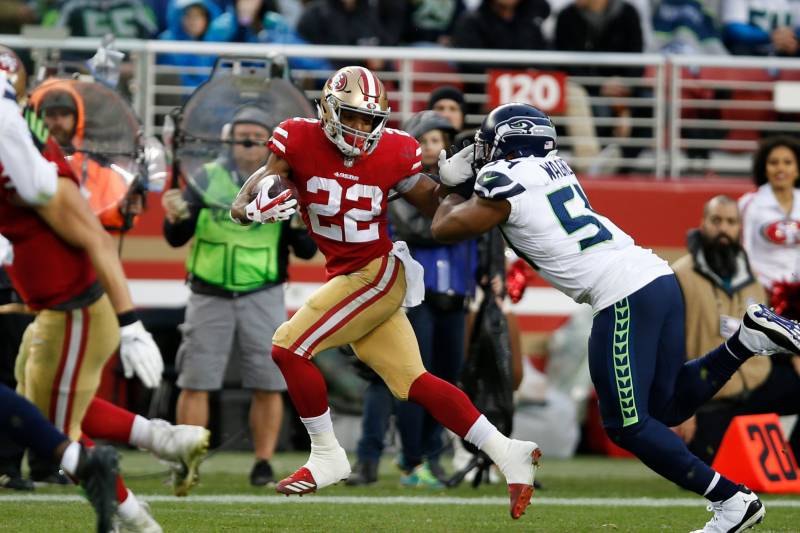 Mack is another fascinating case. Colts quarterback Andrew Luck is the obvious warp core of that offense, but these team officials say there’s no question that Mack emerged as arguably one of the league’s five most effective backs from about Week 7 onward last year. The way he worked in perfect harmony with a bullying offensive line was gorgeous.

Smith also could have a massive impact next season for a Vikings team trying to remain a Super Bowl contender. The four-time Pro Bowler elevated his game last season to the one-of-the-best-defenders-in-football level in the eyes of those with whom B/R spoke. They don’t see any reason to expect a drop-off this fall, either.

I have to admit that I was taken aback by the inclusion of Witten. The 37-year-old spent last year mumbling through his Monday Night Footballbroadcasts. Yet the NFL personnel officials echoed what his former quarterback, Tony Romo, told Dallas’ 105.3 The Fan this week (via Jon Machota of the Dallas Morning News):

“He’ll pick up right where he left off. I don’t think it’s a big challenge for Jason. The reality of it is as long as, if ­you know the game the way he does, there are certain positions—he plays one of them at tight end—he’s always going to have the nuance to get open.

“Let’s say he runs the exact same he always did. To me, it’s just that at that position, your ability to use leverage against somebody, make you think this and then do that. It’s like the back pick in basketball. Just all of a sudden, it gets you, and you didn’t even know it was coming, and that guy is wide-open.”

The last time we saw Witten on a football field in 2017, he had 63 catches for 560 yards and five touchdowns. If he can do that, it would provide the Cowboys offense a nice relief valve and take some pressure off Ezekiel Elliott and Dak Prescott. 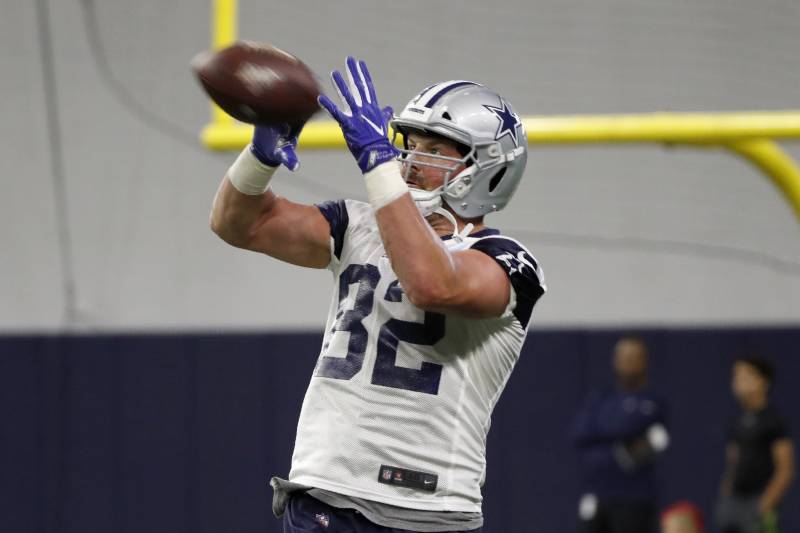 Then there’s Newton. While it seems odd to call a former Rookie of the Year, an MVP and one of the great stars of the league underrated, a few of the execs believe his inconsistency and injuries over the past few seasons have pushed him off the radar of the league’s best players. That would be a mistake for someone with Newton’s abilities.

Among all of those who may be overlooked entering the 2019 season, though, Conner has what may be the best story in football. Four years ago, doctors diagnosed him with Hodgkin’s lymphoma. If doctors hadn’t caught the cancer when they did, he might have died a week later, Conner said earlier this month on Mike Seander’s podcast.

Now he’s expected to be the primary weapon in the Steelers’ running game.

Even if he never gains a yard, he’s already beaten expectations. And there could be more to come.