The South has something to say — or show, rather. Finally, the city at the heart of southern hip-hop has been given what it deserves — the benevolent gaze of André 3000 and Big Boi watching over it in full photorealism. The mural, painted by an artist who goes by JEKS, presents André “André 3000” Benjamin and Antwan “Big Boi” Patton on a sweeping wall in Atlanta’s Little Five Points neighborhood. In black and white, a shirtless André gives you a watchful side-eye while he presses his back to Big Boi’s shoulder. Big Boi stares viewers down intently, dripping with sparkling jewelry and holding a smoking… uh… we’ll let you decide what he’s smoking.

JEKS’ portrayal is based on portraits of the two taken by Jonathan Mannion, a photographer who specializes in hip-hop artists. The mural is part of a collaboration between local retailer WISH ATL and the Outer Space Project, an outdoor mural project in Atlanta.

An exciting tribute for fans

Even before it was complete, the wall caused a buzz in the city. Many OutKast fans have taken a pilgrimage to the spot to pay their respects to the duo, take pictures, and chat with JEKS as he worked. “Each day I painted, more and more people would stop by,” JEKS told CNN. “I hoped the piece would make a positive impact in the community and cause some local buzz, but I didn’t think it would blow up like it has. The amount of posts, messages, and ‘thank you’s’ I’ve received are almost overwhelming.” WISH is a well-known fashion retailer and cultural hub for the city’s creative crowd. So, it makes sense that the store would play host to two of the city’s beloved rap artists. Malachi Garcia, WISH’s special events director, told CNN that the store has seen an incredible turnout from the community. “The response has been phenomenal,” he said. “WISH itself is like a landmark, but when you pair it with the greatest rap duo of all time, it’s kind of overwhelming.”

As Atlanta natives with a tremendous influence on southern rap, OutKast has become almost synonymous with the city. André 3000 and Big Boi are both from Atlanta’s East Point neighborhood. By the mid-1990s, OutKast’s velvet melodies and eccentric personalities made them a formidable force in what came to be known as the Dirty South — the legitimization and popularity of Southern rap and hip-hop artists in the ’90s and early 2000s. 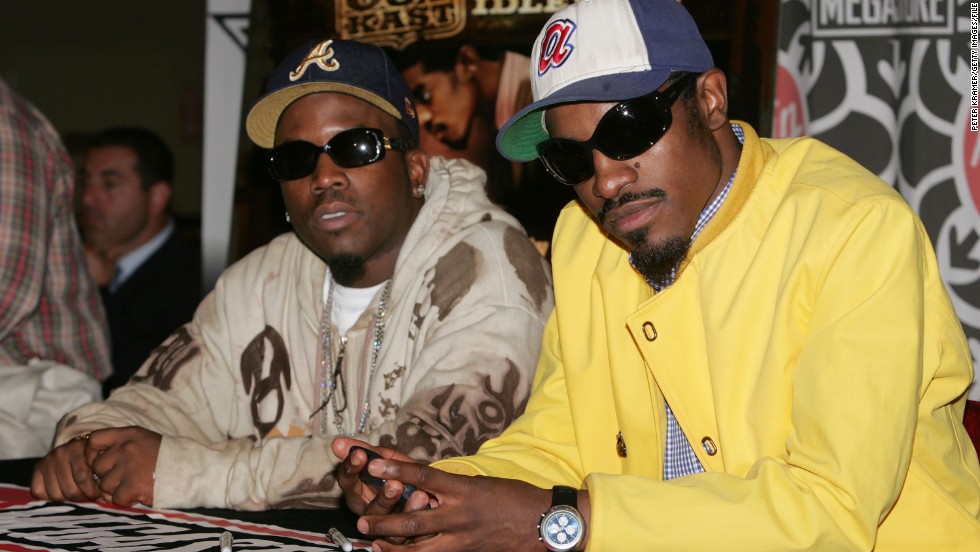 Big Boi (left) and André (right) launched the South into national music attention in the 1990’s and early 2000’s. The duo played an integral role in the South’s shift from the margins of hip-hop production to prominence as the region reigning supreme over the genre with its unique sounds and bold innovation. From the moment they released their first single “Player’s Ball” in 1994, their feet didn’t seem to touch the ground. Within a year, they had released a platinum album, “Southernplayalisticadillacmuzik,” and followed with a knockout lineup of single, double, and triple-platinum albums. By 2003, they had won six Grammy Awards, including Best Rap Album for “Stankonia” and “Speakboxxx/The Love Below.” Many artists credit OutKast for propelling Atlanta and the American South into national fame, allowing artists and producers the room to rise to the occasion.