Kelly Clarkson kicks off each episode of her new daytime show with something she calls “Kellyoke,” a cover of a recent or classic pop song. Kellyoke covers include “Juice” by Lizzo, “Think” by Aretha Franklin, One Direction’s “What Makes You Beautiful,” among others. When the performance is over, the singing switches to talking, with Clarkson interviewing a panel of guests that includes a mix of celebrities and everyday people. The “American Idol” star uses storytelling and humor to engage with her audience, touching on topics that range from relationships to student loan debt. It’s hard to figure out if “The Kelly Clarkson Show” is daytime variety show or daytime talk show. Whatever it is, it’s working with viewers. Since debuting last month, the show is averaging roughly 1.9 million viewers per episode. That’s good enough to put Clarkson in fourth place among syndicated daytime talk shows, according to Nielsen data.

Fourth place may not seem like much, but the show, which is syndicated by NBCUniversal Television, is only behind shows that have been on air for years. That includes “Ellen,” “Live with Kelly and Ryan” and “Dr. Phil,” which has led daytime talk with an average of about 3.1 million viewers per episodeso far this season. 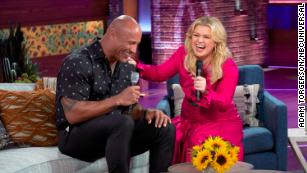 Kelly Clarkson hopes to leave ‘positive footprints’ with new talk show Clarkson also outranks other established shows in daytime, including “Maury,” “Dr. Oz” and “Rachael Ray.” “The Kelly Clarkson Show” is bringing in bigger ratings than another daytime newcomer, Tamron Hall.
“I think the world is craving stories with humor, heart and everyday heroes that they can relate to,” Clarkson told CNN Business in an email. “I love hosting a show that is fun and inclusive… Whether you are a guest on the show or are an audience member watching, I want everyone to feel welcome and know they matter.”
Bill Carroll, a media consultant who spent over 30 years analyzing syndicated programming for Katz Television Group, told CNN Business that daytime TV hasn’t had a show that has been “this successful in quite a number of years.” “At a time where daytime programming on broadcast is competing with cable and streaming and on demand, this is a special and unique situation,” Carroll said. “Clarkson being in fourth place is notable in the sense that the show has had a breakthrough.” Carroll also pointed out that Clarkson’s ratings are significant because it’s “almost impossible to succeed” in daytime TV. Other popular musicians like Harry Connick Jr. and Queen Latifah have tried their hands at daytime and failed. Even veteran interviewers like Meredith Vieria struggled to find an audience for “The Meredith Vieira Show.” It’s even more impressive since broadcast TV has struggled so far this season. Premiere week ratings tanked and declines have impacted even hit shows like the NBC drama “This Is Us” and late night TV. 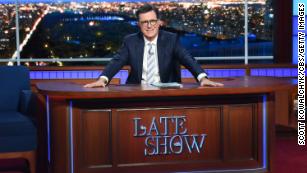 Trump is giving late night TV plenty to talk about. Trouble is, viewership is falling
So why has Clarkson been a hit with audiences when so many others have failed? Carroll believes that it has something to do with the host’s “authenticity.” “She’s a fan of the people who are on the show just like the viewers at home,” Carroll said. He compares Clarkson to another celebrity who had her own show for six seasons: Rosie O’Donnell. “Rosie was excited to have guests on the show. She was interested in what they had to say and enjoyed the whole experience,” Carroll said. “That’s what comes across with Kelly Clarkson.” It also doesn’t hurt the show’s popularity that Clarkson has name recognition as a pop star. She’s a coach on the NBC singing competition “The Voice” and was the first winner of “American Idol,” Carroll pointed out. It’s still early, but if “The Kelly Clarkson Show” is able to maintain its numbers it could be a “long-term success,” Carroll said. “And a long-term success in syndication is why Ellen has multiple homes and Oprah owns the world,” he added.
Per: CNN