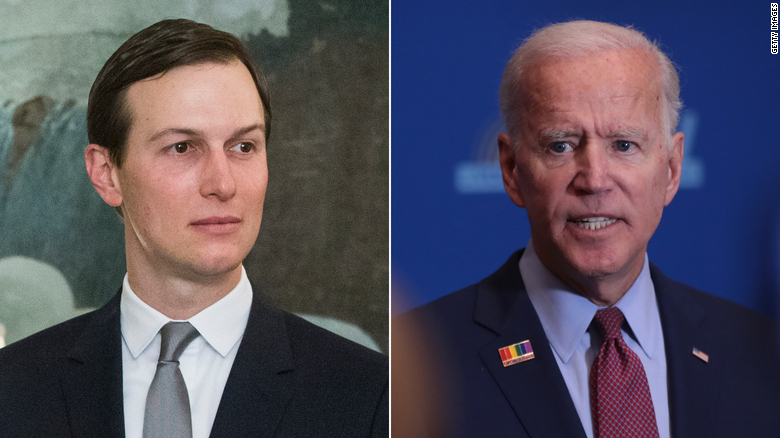 Just when you were wondering whatever happened to Jared Kushner, the White House adviser who got his job because his father-in-law is President, he popped up on an Israeli TV station on Monday to jab at the Democrat who may be on the ballot opposing President Donald Trump in 2020. He said he’s been busy cleaning up “the messes” that former Vice President Joe Biden was supposedly responsible for creating related to the Middle East and criminal justice. Kushner’s simplistic take sheds little light on the two issues he named, but illumination was not the point. No soundbite could ever help anyone understand the problems he pointed to. Instead, Kushner was obviously trying to distract us from the worsening impeachment crisis that has enveloped the administration, and to impress the Oval Office occupant.

President Trump, who claims to cherish both family and fighting, should take some comfort in the fact that Kushner snarled. The Trumps have made politics, the presidency, and therefore impeachment, into a family affair and so Jared may feel a duty to perform. However, his comments also remind us that the stickiest aspect of the impeachment crisis involves Biden in a way that reflects very negatively on the Trump side. 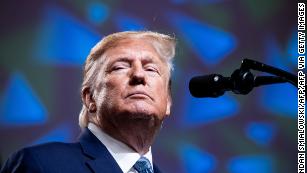 Remember, it was Biden whom the President sought to undermine when he asked Ukraine’s President Volodymyr Zelensky for an official investigation into Biden’s son Hunter’s work for a Ukrainian natural gas company called Burisma Holdings. Although no evidence of wrongdoing has been offered anywhere, Trump held up nearly $400 million in security aid — military aid for Ukraine’s war against Russia.
Although Trump has said the Zelensky call was “perfect” and involved no extortion or demand of a “quid pro quo,” a whistleblower who learned of the communication suspected an abuse of power and raised an alarm. Trump released a rough transcript of the call which plainly showed him seeking dirt on his political rival while the aid to Ukraine was suspended.
Although the President has continued to deny he did anything wrong and his defenders have complained loudly about the process House Democrats have followed to investigate the matter, recent weeks have seen a stream of witnesses head to a secure facility to offer statements and answer questions. 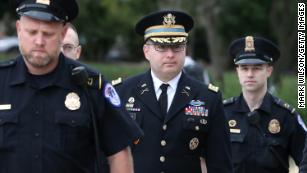 And while the questions and answers have been kept confidential — pending review for classified information — many witnesses have released their pre-written statements to the press. These have indicated that the call was not “perfect” and the President was, in fact, holding the military aid over the head of Zelensky in hopes of getting what he wanted. The worst of it came for Trump on Tuesday as an intelligence expert, US Army Lt. Col. Alexander Vindman, addressed members of Congress on what he heard as he listened in on the Trump-Zelensky call as part of the White House national security team. “I did not think it was proper to demand that a foreign government investigate a US citizen, and I was worried about the implications for the US government’s support of Ukraine,” Lt. Col. Vindman said in the copy of his opening statement obtained by CNN. “I realized that if Ukraine pursued an investigation into the Bidens and Burisma it would likely be interpreted as a partisan play which would undoubtedly result in Ukraine losing the bipartisan support it has thus far maintained.”
In attempting to smear Hunter Biden, the President and others offered a not-so-subtle suggestion that the younger Biden was profiting from his father’s public service. Those who didn’t get the point needed only to consult Donald Trump Jr., who complained that Hunter Biden benefited from nepotism. Coming from someone who has received everything from his name to his entire fortune from his father, this quip was as silly as it was unhelpful to the Trump cause.
Which brings us back to Jared Kushner, who was less qualified than anyone except perhaps his wife on the day he was named to a White House post. This is a man who was born into enormous wealth, got into Harvard after his family pledged a $2.5 million donation, and only entered politics when his father-in-law declared he was running for President. Kushner’s born-on-third-base story of personal success may make him sensitive to any suggestion he has gotten more than he deserves. Biden said as much in an interview aired by the CBS News program 60 Minutes last Sunday. This poke likely inspired Kushner to strike back when he should have passed on the opportunity to draw more attention to the former Vice President. In doing so he may have pleased his father-in-law, but he gave more evidence to those who observe that he lacks the experience and wisdom for the job he holds.
Per: CNN