In another major defection from the newsroom of Fox News, Catherine Herridge is joining CBS News as a senior investigative correspondent. Herridge, Fox’s chief intelligence correspondent, was a founding employee of Fox News in 1996 and a leader in the network’s Washington bureau. She was in talks to join CBS before Shep Smith, also a founding Fox employee, resigned on October 11 in the middle of a multi-year contract, according to two people with knowledge of the situation. 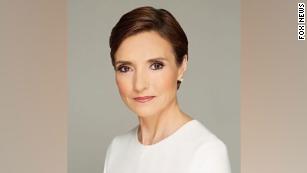 Catherine Herridge is leaving Fox News for CBS. Herridge’s Fox contract expired over the summer. Fox wanted her to renew, but knew her exit was a possibility, one of the sources said. Friday will be her last day. In a statement released through Fox, Herridge thanked Fox patriarch Rupert Murdoch “for the opportunity to cover the most impactful stories of the last 23 years, most recently the Special Counsel report and impeachment inquiry. I have received great personal satisfaction from mentoring the next generation of reporters and producers and sharing my journalistic values — that facts matter and enterprise reporting will always win the day.”
In a statement released through CBS, Herridge also invoked the importance of facts, but in a way that could be interpreted as a criticism of Fox: “CBS News has always placed a premium on enterprise journalism and powerful investigations,” she said. “I feel privileged to join a team where facts and storytelling will always matter.” CBS said she will begin her new role in November. “She will report original investigations and cover national security and intelligence matters that impact the country,” the network said. Herridge is the latest in a series of high-profile departures from Fox in the Trump age.
Some journalists at the network have complained about a lack of space for real reporting and described feeling squeezed out by the right-wing talk shows that President Trump and his supporters prefer. It is unknown whether Herridge felt those frustrations. She frequently appeared on Fox’s opinion shows with her reporting, as well as daytime newscasts.
Fox News president Jay Wallace recently pushed back on the assertions that Fox’s news operation is being minimized, saying, “Journalism is a huge part of the mandate here.”
Smith’s 3 p.m. time slot is being filled by a rotating cast of Fox’s news anchors. Wallace told Variety magazine that a new anchor will likely be named next year. Herridge’s intel beat will similarly be filled by a rotation of DC-based correspondents, according to Fox.
Per: CNN