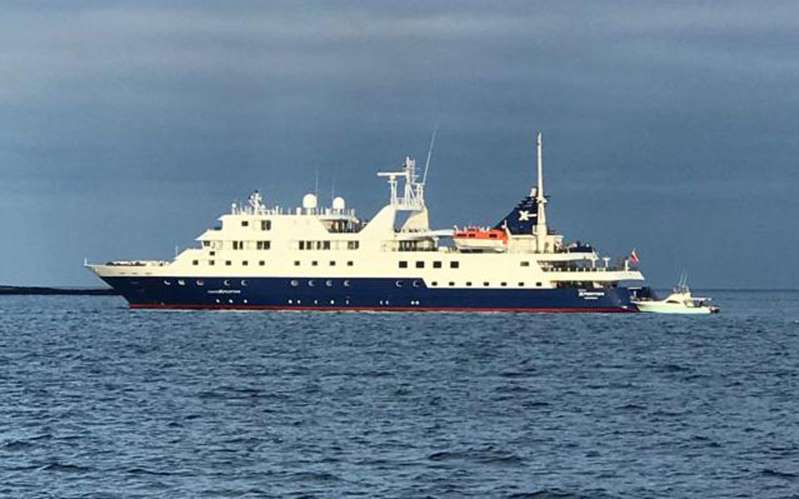 The Celebrity Xpedition, which sails exclusively to the area, was in the middle of a seven-day sailing that left Nov. 2, Cruise Critic reported. A total of 46 guests and 58 crew members were evacuated from the ship, which was afloat and anchored as of Thursday.

The cruise line released an update on Twitter shortly after the incident.

Passengers were brought back to Ecuador’s capital city of Quito for flights home. Hotel rooms and flight arrangements were then made for the passengers, according to The Weather Channel.

“We are grateful there were no reported injuries, and we thank those responders who stepped in to provide support to our guests and crew,” the cruise line said in a statement. “We’ve seen no signs of environmental impact and continue to monitor the situation closely.”Passengers who were evacuated will receive a full refund and full cruise credit for a future Celebrity vacation, according to the cruise line.

It was not immediately clear what caused the incident.

However, according to The Weather Channel, southern trade winds can bring the chilly Humboldt Current north from June to December — meaning it may not be the tropical paradise you’d think islands that sit on the equator would be. Additionally, August to November are the coldest months of the year there.

The Celebrity Xpedition can hold a maximum of 48 passengers and includes nightly lectures by certified naturalists from the Galapagos National Park. Its onboard Darwin’s Restaurant offers locally grown fruits and vegetables and fish caught in the Galápagos as well as the use of binoculars, which make sitting on the sunrise deck all the more enjoyable.