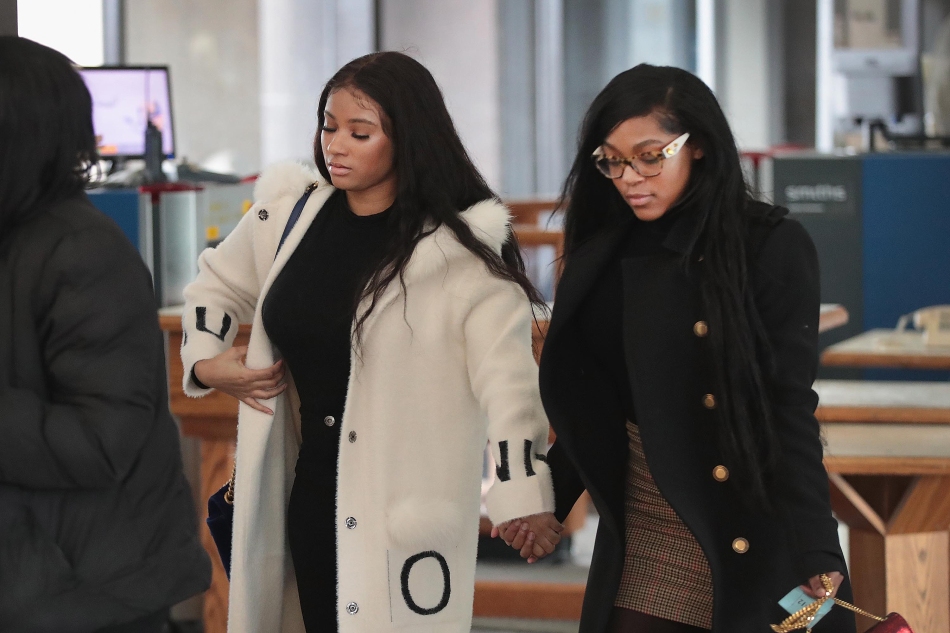 A fight between two of R. Kelly’s girlfriends inside the embattled singer’s Trump Tower condominium has led to a domestic battery charge against one of the women and sent the other to the hospital, Chicago police said Thursday.

© Provided by Associated Press FILE – In this June 6, 2019, file photo, singer R. Kelly appears in court in Chicago. Chicago police say two girlfriends of R. Kelly fought Wednesday, Jan. 8, 2020, inside the embattled singer’s Trump Tower condominium, resulting in one of the women being taken to a nearby hospital. (E. Jason Wambsgans/Chicago Tribune via AP, Pool, File)

Joycelyn Savage, 24, was taken into custody after allegedly punching a 22-year-old woman in the face Wednesday, police said, and Savage was charged with misdemeanor domestic battery.

It wasn’t immediately known if Savage had a lawyer in the battery case.

The women were separated and when officers arrived, the 22-year-old woman told them that she and Savage had an argument that became physical when the older woman allegedly hit her in the face.

Savage, whose home address is listed in the same block as Trump Tower, fled but later turned herself in to police and was arrested on signed complaints, police said. Her next court date was scheduled for Feb. 6 at the county’s domestic violence courthouse.

The younger woman was taken to Northwestern Memorial Hospital, where she was listed in good condition, Spicuzza said.

“It was a battery; it was a fight, but I don’t know what condition she’s in,’’ Chicago Fire Department spokesman Larry Merritt said, adding that the injuries were not serious enough to threaten her life.

A series of videos posted to Instagram show the 22-year-old woman angrily confronting Savage before a scuffle broke out between the two. In one video, the 22-year-old told officers she was in the unit with a few other people when Savage and another woman — a “handler” for Kelly — arrived to pick up Kelly’s “awards and his Grammys and stuff,” the Chicago Sun-Times reported.

“She came to me and attacked me and I had to defend myself,” the 22-year-old told police, alleging that Savage hit her with her hands and her phone and tried to kick her, as well.

The 22-year-old’s name came up last month in Brooklyn, New York, when prosecutors there asked for any Cook County marriage records, records show. The 22-year-old had until recently lived with Kelly at the Trump Tower address.

Kelly, 53 on Wednesday, is being held without bond in Chicago’s Metropolitan Correctional Center. He is charged with a variety of crimes in three states. Kelly has pleaded not guilty to federal charges in Chicago and New York of a racketeering scheme to sexually abuse girls. Kelly is also accused in Minnesota of offering a 17-year-old money in 2001 to take off her clothes and dance. He has pleaded not guilty to the charges.

A documentary series chronicling Kelly’s alleged sexual abuse of minors is currently being aired on Lifetime.