A water main break in New York flooded streets, caused water damage to buildings, and disrupted subway commutes just before the Monday morning rush hour.The break occurred on Manhattan’s Upper West Side around 5 a.m. ET, officials said at a news conference. It caused significant delays on the 1, 2 and 3 subway lines and street closures on Broadway from 72nd Street to 61st Street.Emergency crews are on the scene working to repair the problem, officials said, and the water was shut off around 8 a.m.Mayor Bill de Blasio✔@NYCMayor

Emergency crews are working to resolve this morning’s water main break on the UWS. It continues to have an effect on transit and traffic. 1 and 3 trains are suspended and the 2 is running on the 5. Broadway is closed in the area of West 62nd St. https://twitter.com/NotifyNYC/status/1216683646834352129 …NYCEM – Notify NYC✔@NotifyNYC.@NYCTSubway Due to a water condition, 1, 2 & 3 train service is suspended in Manhattan between 42nd Street and 96th Street in both directions. http://www.mta.info . Multilingual & ASL Link: http://on.nyc.gov/2gFqaVT .557:51 AM – Jan 13, 2020Twitter Ads info and privacy66 people are talking about thisIt likely will take days to complete work and restore streets, said Vincent Sapienza, Commissioner of the Department of Environmental Protection.Derick Waller✔@wallerABC7 · 6h

Update: an @fdny official says they are “close” to fixing this water main break, which turned Broadway on the upper West side into a river #abc7NY

697:34 AM – Jan 13, 2020Twitter Ads info and privacy76 people are talking about thisVideo posted by Derick Waller, a reporter for CNN affiliate WABC, shows the flooding virtually turning a section of Broadway into a river.Eyewitness News✔@ABC7NY

The water main break that flooded the Upper West Side this morning also resulted in a packed commute. This was the tunnel between Port Authority and Times Square! Updates: https://7ny.tv/2RaZVKy

949:23 AM – Jan 13, 2020Twitter Ads info and privacy78 people are talking about thisTransit authorities were assessing damage and working to restore service late Monday morning. Officials said they expect things will return to normal by the evening rush hour.Derick Waller✔@wallerABC7 · 5hReplying to @wallerABC7

This is where that water main busted at 62nd and Broadway. Road is torn up. Water receded, but lots of underground problems. #abc7NY 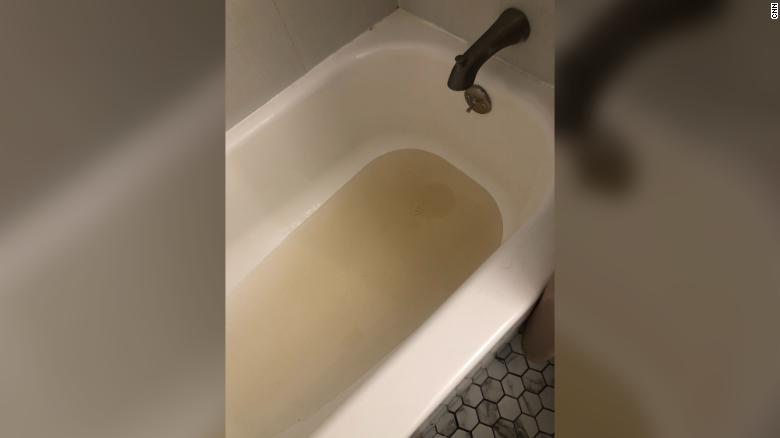 CNN employee Philip Ross reported low water pressure and tea-colored water coming out of the faucets in his apartment on Monday.Sapienza said there are no concerns about water quality and residents should let the water run until clear.The city experienced extreme weather fluctuations over the weekend, with temperatures reaching the 60s on Saturday and Sunday before dropping Sunday evening. Officials said they will look into whether that played a role.