Brad Pitt and Laura Dern claimed their first acting Oscars at the 92nd Academy Awards, on a night that could make history on several fronts, depending on which way the best picture race plays out. Although he won an Oscar as a producer for “12 Years a Slave,” Pitt received his first as an actor for his supporting role in “Once Upon a Time … in Hollywood.” He injected an immediate note of politics into the ceremony, referring to President Trump’s impeachment trial by noting that his 45-second speech was more time than the Senate had allocated for witnesses. Dern was recognized for “Marriage Story,” thanking her acting parents, Bruce Dern and Diane Ladd, in an emotional speech. Both wins were widely anticipated, given the array of honors the two have earned in the run-up to Oscar night. In terms of firsts, a Netflix movie (“The Irishman” or “Marriage Story”) or a foreign language film (South Korea’s “Parasite”) could be anointed best picture.”Parasite” began its evening by winning best original screenplay, receiving a huge ovation, as director Bong Joon-ho’s film has throughout awards season. Another best-picture nominee, writer-director Taika Waititi’s anti-Nazi satire “Jojo Rabbit,” took the adapted screenplay prize. Seven of the nine nominated best pictures have earned at least one award, with “Once Upon a Time” garnering a second for production design “Little Women” nabbed costume design, while the sound categories went to “Ford v. Ferrari” and “1917.” 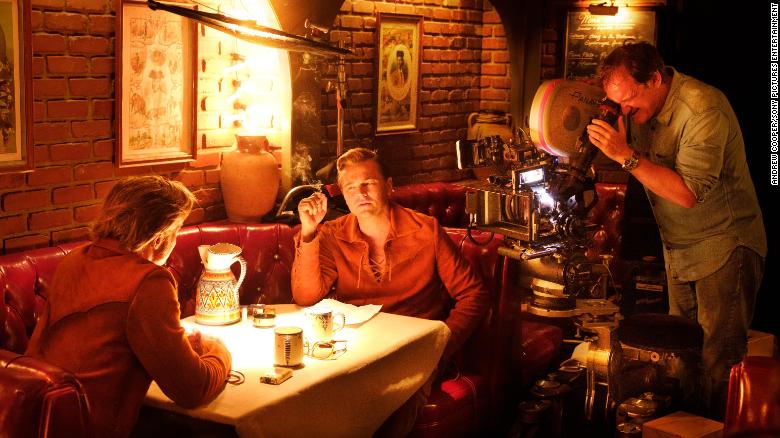 ‘Once Upon a Time… in Hollywood'”American Factory,” a Netflix documentary released with the support of the Obamas, was honored in that category. The film chronicles the takeover of an Ohio production plant by Chinese interests.”Toy Story 4″ received best animated movie, as did its predecessor in 2011 — the first franchise to win a pair of awards within that category, which was introduced in 2002.”Joker,” starring Joaquin Phoenix as the Batman villain, could also become the first film based on a comic book to win, entering the evening with more nominations than any other movie. And Quentin Tarantino — a two-time screenwriting champ — could have his first movie recognized if Academy of Motion Picture Arts and Sciences voters choose a film set in their world, “Once Upon a Time.”A bit more obscurely, director Sam Mendes could set a record for the longest lapse between Oscars in that category if he wins for the World War I film “1917” — generally perceived to be the front-runner — two decades after his debut feature, “American Beauty.”Suspense over the best picture race remains at the heart of this year’s event, based on the consistency among acting honors handed out in the run-up to movie industry’s biggest night. The awards have also reignited the debate about inclusion and diversity within the academy, which birthed the #OscarsSoWhite hashtag five years ago. Despite academy efforts to address the issue, only one person of color — actress Cynthia Erivo, for the Harriet Tubman biography “Harriet” — is among the 20 nominees for best and supporting actor and actress. 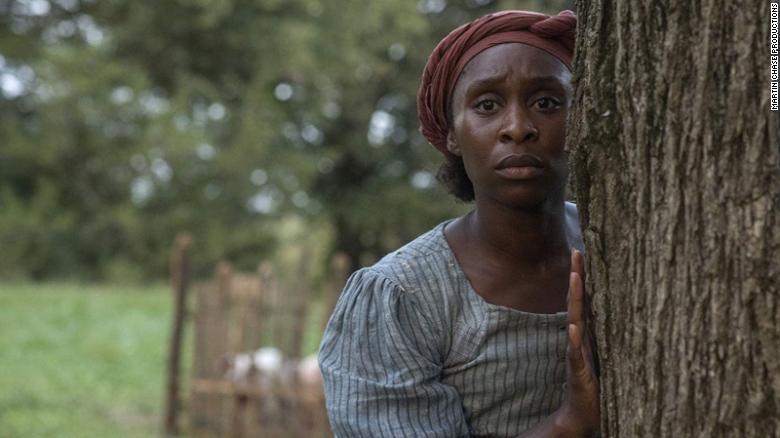 Cynthia Erivo in ‘Harriet’Ratings for the Oscars will be watched closely, amid a general decline for the major ceremonies leading up to it, including the Golden Globes — which kicked off this year’s truncated awards season in early January — and the Grammys two weeks ago. The ceremony again opted to go without a designated host, after employing that approach in 2019. While that served as something of a novelty, it will be interesting to see whether it generates similar curiosity the second time around. The night opened with a raucous musical number by Janelle Monae, followed by an introduction by two past hosts, Steve Martin and Chris Rock, joking about the lack of female directors and people of color among the nominees. Matthew A. Cherry, director of the animated short “Hair Love,” dedicated its victory to the late Kobe Bryant, while speaking of the need for greater representation.