General Motors (GM) is killing off the iconic Holden brand and pulling out of Australia and New Zealand, the latest in a series of moves to shrink the US carmaker’s global presence as it ramps up investments in electric and autonomous vehicles. The company announced Sunday that it would retire the Holden brand, which has existed in Australia for more than 160 years, by 2021. It will also shutter its sales, design and engineering operations in Australia and New Zealand. General Motors added that it will pull back elsewhere in Asia Pacific. It will stop selling Chevrolet vehicles in Thailand by the end of this year, and it has agreed to sell a manufacturing plant there to Chinese automaker Great Wall Motors. The US carmaker expects to take a $1.1 billion financial hit from the retreat, roughly $300 million of which will be a cash loss.

General Motors has been paring back operations in Australia for years. In 2013, it announced that it would stop making cars there, joining a long line of major automakers todo so, ultimately leading to the demise of car manufacturing in the country. In October 2017, the final Australian-made vehicle, a red Holden Commodore sedan, was assembled at a factory in the southern city of Adelaide.General Motors acknowledged the difficulty of its latest decision in a statement Sunday, saying it needed “to transform its international operations.” The company added that it has been working for years to save costs, a strategy that means it needs to “take action in markets that cannot earn an adequate return for its shareholders.””I’ve often said that we will do the right thing, even when it’s hard,” said CEO Mary Barra. “This is one of those times.”Mary Barra’s impatience could save GM: ‘Time is not our friend’ Barra has been on a mission to remake General Motors since becoming chief executive in 2014. She has invested heavily to boost the automaker’s presence in China, and shifted its focus to emerging technologies, such as self-driving vehicles and car-sharing. General Motors has sold off other international operations in recent years. In 2017, it sold European brands Opel and Vauxhall to Peugeot owner PSA Group, for about $1.4 billion. That year, it also restructured its operations in India and South Africa, pulling the Chevrolet brand out of both markets and switching its manufacturing facilities in India to make vehicles for export. In 2018, it transferred its Vietnamese operations, including its factory and dealership network, to local automaker VinFast. 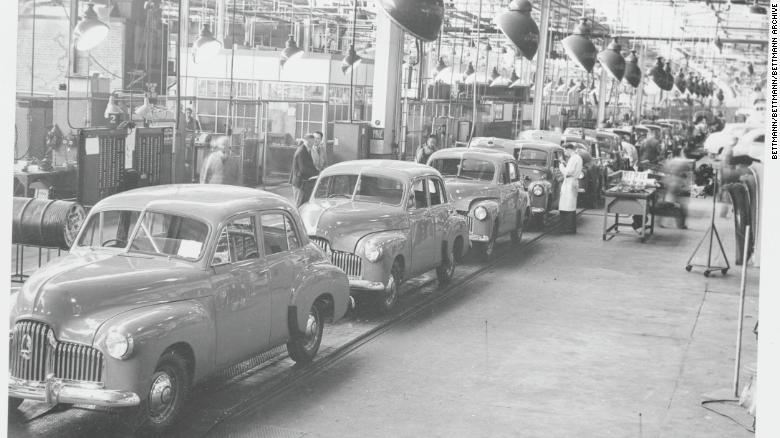 Holden sedans coming off the production line in a file photograph of a plant in Victoria, Australia. The company said Sunday it would now prioritize “markets where we have the right strategies to drive robust returns” such as South America, the Middle East and South Korea. General Motors said it would maintain a small specialty vehicles business in Australia and New Zealand.At one point, General Motors had high hopes for Holden, assigning key executives to oversee the division. General Motors President Mark Reuss once served as chairman and managing director of Holden, and Michael Simcoe, the automaker’s vice president of global design, used to work on Holden vehicles.But the company was reluctant to invest more in a brand that was only sold in two markets, and produced right-hand-drive cars, according to an announcement on Holden’s website.

“At the highest levels of our company we have the deepest respect for Holden’s heritage and contribution to our company and to the countries of Australia and New Zealand,” Reuss said in a statement Sunday.”After considering many possible options — and putting aside our personal desires to accommodate the people and the market — we came to the conclusion that we could not prioritize further investment over all other considerations we have in a rapidly changing global industry,” he said.— Peter Valdes-Dapena contributed to this report.