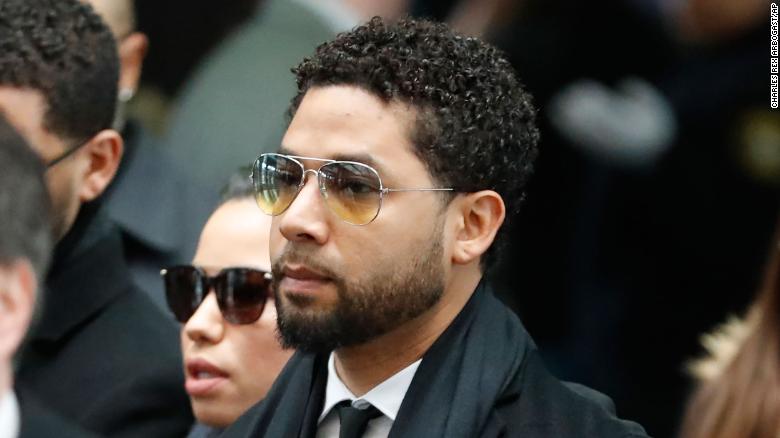 Smollett arrives at a Chicago courthouse Monday, almost a year after his last appearance.Smollett’s attorney Tina Glandian entered a plea of not guilty on her client’s behalf. Smollett was released on his own recognizance and did not have to post any money for bond. Judge James B. Linn set the next hearing in the case for March 18. The last time Smollett was in court, it was under very different circumstances.In March 2019, Smollett’s 16 counts of disorderly conduct were unexpectedly dropped, setting off debate over whether Smollett received preferential treatment. Monday, Smollett’s attorneys filed a motion to dismiss the new counts, saying they violate the double jeopardy cause. Glandian said Smollett’s forfeiture of a $10,000 bond on his previous charges already amounted to a punishment.”Trying to punish him again a second time around is not permitted under the double jeopardy clause,” Glandian said. “You don’t just get a do-over.”

Prosecutor Kim Foxx defends the 2019 decision to drop Smollett charges Smollett, who is gay and black, said he was the victim of a racist and homophobic attack near his Chicago apartment on January 29, 2019. Chicago police investigated the case as a hate crime but later said the actor orchestrated the incident. They said he paid two acquaintances — brothers Olabinjo and Abimbola Osundairo — to stage the incident for publicity.Smollett has repeatedly denied making up or orchestrating the attack. Monday, the Osundairo brothers made their first appearance at a Smollett court hearing. 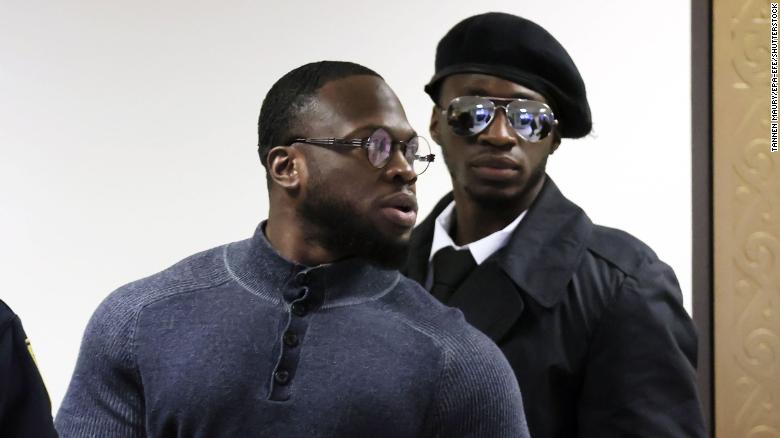 Abimbola Osundairo (left) and Olabinjo Osundairo arrive at the Leighton Criminal Courthouse. Afterward, the brothers’ attorney, Gloria Schmidt Rodriguez, said the Osundairos regret their role in the case.”The brothers are sorry for their involvement,” Rodriguez told reporters Monday. The Osundairos were in court Monday in an effort to “support the process,” their attorney said.”They’re going to do everything they can to make this right.”Smollett was initially indicted in March on 16 counts of felony disorderly conduct, but Cook County State’s Attorney Kim Foxx suddenly dropped all charges weeks later. Prosecutors said Smollett had forfeited $10,000 in bail money and completed community service.

Smollett’s new charges came after Dan K. Webb was assigned in August as a special prosecutor to investigate how Foxx’s office handled the case.”Based on the recommendation of the OSP (Office of the Special Prosecutor), a Cook County grand jury returned a six-count indictment charging Jussie Smollett with making four separate false reports to Chicago Police Department officers related to his false claims that he was the victim of a hate crime, knowing that he was not the victim of a crime,” a statement from Webb’s office said.Several factors went into Webb’s determination, “including the extensive nature of Mr. Smollett’s false police reports, and the resources expended by the Chicago Police Department to investigate these false reports.”