Multiple people were killed in a shooting Wednesday at the Molson Coors complex in Milwaukee, the mayor said. Mayor Tom Barrett told reporters that several people, including the shooter, have died.”It’s a horrible, horrible day for the employees here,” Barrett said. “It’s a very rough day for anybody who’s close to this situation.”Several local news outlets have reported fatalities, but CNN has not confirmed a specific number. Earlier on Wednesday, Milwaukee police said they were investigating a “critical incident” in the area near the 4000 block of W. State Street and asked the public to stay away from the area. Police have since said there’s no active threat at the complex. 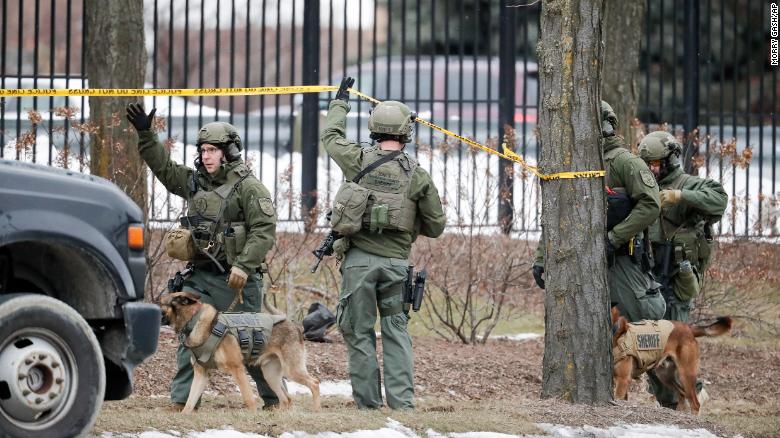 Police and several law enforcement agencies were responding to the Molson Coors complex. Molson Coors said there was an “active situation” at the Milwaukee facility and the company was working closely with police. “Our top priority is our employees and we’ll provide updates in conjunction with the police as we are able,” the company tweeted. Police have released few details. A news conference was planned for 6 p.m. (7p ET).US Sen. Tammy Baldwin of Wisconsin described the incident as a mass shooting.”Gun violence has taken too many lives in Milwaukee and the mass shooting today is heartbreaking,” Baldwin tweeted. “I want to thank the first responders who ran into harm’s way and saved lives. My office is standing by to help the #MKE community in the wake of this tragedy.”

Several emergency text messages were sent to employees warning them of a shooter on the complex, CNN affiliate WITI reported.”Find a safe place, active shooter on campus,” said one of the text messages shared with WITI. Another employee, who was not at work at the time of the shooting, told CNN they began receiving texts and email communications about 2:18 p.m. (local time). The first text indicated there was an active shooter in or near “South Packaging, building 4 2nd floor stairwell.”Multiple local and federal law enforcement agencies, including the Bureau of Alcohol, Tobacco, Firearms and Explosives, responded to the scene. FBI Milwaukee is supporting police in the “very active scene,” spokesman Leonard Peace said.The CEO of Molson Coors is heading back to Milwaukee from a company conference that was taking place in Texas, according to a source familiar with the company. CEO Gavin Hattersley was at the conference when he suddenly announced he was departing. This is a developing story. Return for updates