On Tuesday night, just before the police arrived, Pastor Tony Spell stood in the pulpit of his Louisiana church and delivered a message to hundreds of worshipers before him and fellow believers around the world.”I just want to encourage the religious world tonight, Amen!,” Spell said in a sing-song voice, building to the crest of his sermon.”Keep going to church! Keep on worshiping God! … The church is a hospital for the sick! It’s a place of healing for the brokenhearted!”In holding services for so many followers at his Life Tabernacle Church in Baton Rouge, Spell defied an emergency order by Louisiana Governor John Bel Edwards banning public or private gatherings with more than 50 people to stop the spread of Covid-19.”I feel the Covid-19 scare is politically motivated,” Spell told CNN. He estimated his church hosted about 300 people for Tuesday’s service.As the deadly pandemic spreads, houses of worship around the world — from the Vatican to storefront mosques — have closed their doors. But a few like Spell defiantly refuse, arguing that they have a right to worship as they please, and that, with fears of contagion upending our daily lives, we need divine aid and prayer now more than ever. 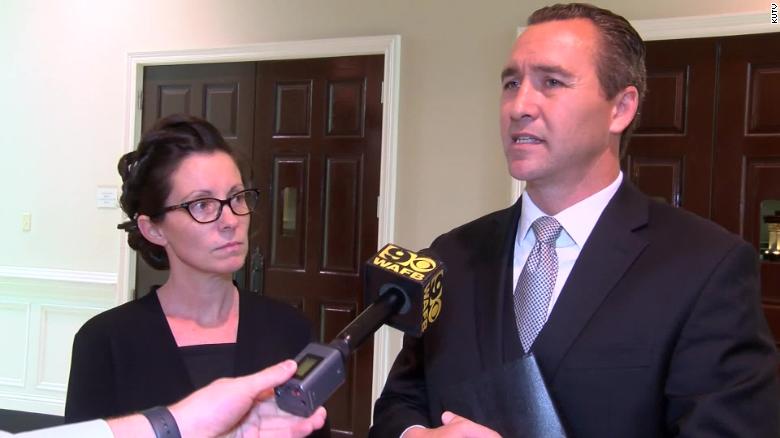 Pastor Tony Spell: “I feel the Covid-19 scare is politically motivated.”In an essay in the conservative Catholic magazine First Things, editor R.R. Reno chastised the dozens of bishops in the US who have suspended Mass and closed their churches.”Closing churches is utterly unnecessary,” wrote Reno. “People can gather to pray before the reserved sacrament while maintaining the ‘social distancing’ advised by public health experts. Modest-sized Masses can be conducted in ways that do not irresponsibly risk spreading the virus.”But the US Centers for Disease Control and Prevention has recommended that no gatherings with 50 people or more take place for the next eight weeks. The White House on Monday issued more stringent recommendations, saying that people should not gather in groups of more than 10 and should avoid restaurants.In Baton Rouge, Spell said a police officer came to Life Tabernacle Church on Tuesday night and told him the next time the church held a service, the National Guard would be sent in to break it up.The Central Police Department in Baton Rouge did not immediately respond to a request for comment. But in a statement, the department said that it would enforce the Governor’s order.As of Wednesday morning Louisiana had at least 257 confirmed coronavirus cases, with four deaths.

Like Spell, Pastor Brian Lowman is reluctant to close the doors of his South Hills Baptist Church in Raleigh, North Carolina.Lowman said he met with the church’s safety committee and deacons on Tuesday to “seek God’s will for the church.” As always, the independent Baptist church sought guidance from the Bible, particularly these passages:Hebrews 10:25 — “Not forsaking the assembling of ourselves together, as the manner of some is; but exhorting one another: and so much the more, as ye see the day approaching.”2 Timothy 1:7 — “For God hath not given us the spirit of fear; but of power, and of love, and of a sound mind.”

“The same God that told us not to stop coming together to worship Him during these times of increased illness and persecution,” Lowman said in his letter to the congregation, “is the same One who does not want us to be afraid.”While remaining open for worship, the church is taking some precautions to prevent the spread of the coronavirus, the pastor said. The church doors will be propped open and Lowman said he hopes congregants can make it to their pews without touching anything. The offering plate will not be passed, and fellowship time and Sunday school have been cancelled.Otherwise, the church plans to hold its Wednesday service as scheduled. Its Facebook page says the service also will be streamed online.

Pastor: ‘The Bible tells us to lay hands on the sick’

In East Baton Rouge, Spell is making fewer concessions to the coronavirus.The pastor accused the government of “over-reach” in mandating no large gatherings. He cast his defiance in the mold of Rosa Parks and the early American Revolutionaries.”People are still going to work, still going to the mall. I encountered more people in Target today then I did during my service last night,” he said. “It’s persecution of the faith for me not to have my worship service and yet I am allowed to go out in public and shop. Why is there one standard for commerce and another for religion?”Spell said his church held a typical service Tuesday evening. There was singing and dancing and slaying of the spirit, even the laying on of hands to heal the sick. Spell said he is not opposed to doctors, but says members of his congregation have been healed of AIDS-HIV and even cancer.”The Bible tells us to lay hands on the sick and they shall recover and will continue to do that without the fear of the spread of any virus,” Spell said. He told CNN affiliate WAFB that his church hosted more than 1,100 people for services Sunday.The pastor and his church are part of the Apostolic movement, which takes its doctrines from Jesus’ earliest followers. Spell said he believes, as Jesus’ apostles did, that we are living near the End Times, and that miracles, signs and wonders abound.That’s why it’s so important that his church continues to meet, Spell said. The services, held three times weekly, aren’t about the sermon, or even about the fellowship. It’s about emotion, according to the pastor, the Holy Spirit that sweeps through a congregation and lifts it off its feet with a joyful noise. You can’t get that from a television screen, he said.”There are miracles and signs and wonders in every one of our services,” Spell said, “and that’s why we continue.”

A video of Tuesday’s church service posted on Snell’s Facebook page shows a diverse congregation joining hands to sing and dance. Some of the congregants appear elderly, others hold sleeping children in their arms.But continuing their services may come at a cost for Life Tabernacle Church.On Wednesday morning, after the church’s service was broadcast on local news, several church members were suspended from work, Spell said, because their employers feared spreading the virus. And come Sunday, as the church plans to bus in more than 600 children from a 60-mile radius for its free meals and Sunday school, they may also have another visitor: the National Guard.But there may be sympathy for Spell and his cause among conservative Christians, even as many have closed their own churches. The pastor said Wednesday he’s received dozens of messages from supporters.