One of the country’s largest pork processing facilities is closing until further notice as employees fall ill with Covid-19. The closure puts the country’s meat supply at risk, said the CEO of Smithfield, which operates the plant.

“The closure of this facility, combined with a growing list of other protein plants that have shuttered across our industry, is pushing our country perilously close to the edge in terms of our meat supply,” the meat processor’s chief executive, Kenneth Sullivan, said in a statement Sunday.

“It is impossible to keep our grocery stores stocked if our plants are not running,” he said. “These facility closures will also have severe, perhaps disastrous, repercussions for many in the supply chain.” 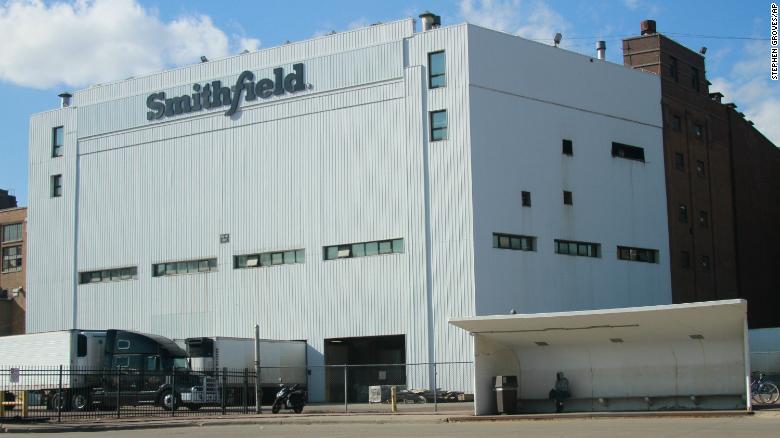 The Sioux Falls, South Dakota, facility accounts for 4% to 5% of the country’s pork production and employs about 3,700 people, according to Smithfield.

South Dakota Gov. Kristi Noem said during a Saturday news briefing that Smithfield employees accounted for more than half of the active coronavirus cases in the state. About 240 employees are sick, she said, out of roughly 430 active cases in the state. Because of that, she and the mayor of Sioux Falls recommended that Smithfield suspend operations for at least two weeks.

The problem extends beyond South Dakota. Meat processors in Iowa and Pennsylvania have also shut their doors because of sick employees.

Smithfield will maintain some activity in the plant on Tuesday to process its inventory, the company said, as it prepares to fully shut down, adding that it will compensate employees for the next two weeks.