The deadly rash of severe weather that killed 18 people and destroyed hundreds of structures in the South is heading north.

At least 34 tornadoes were reported in Texas, Louisiana, Mississippi and Georgia as of early Monday, the National Weather Service said.

Tornadoes were reported in at least seven states from Texas to North Carolina, covering a span of more than 1,200 miles, CNN meteorologist Brandon Miller said. 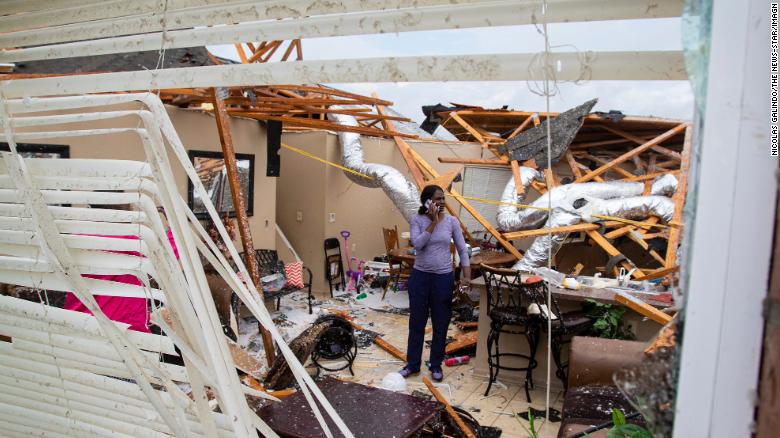 In Georgia, six people were killed — including five people in Murray County and one man in Cartersville, local officials said.

At least one house in Upson County, Georgia, was picked up and moved by the storm, CNN affiliate WSB reported Monday.

Wow. This house was picked up and moved into the middle of a road during severe storms in Upson County, Georgia.

And in Arkansas, one person was killed after a tree fell on a home in Jefferson County, county emergency management director Karen Blevins said.

Emergency officials told residents that sheltering for safety from the storms takes priority over the social distancing guidelines in place to slow the spread of coronavirus.

The Mississippi Emergency Management Agency emphasized that people should have a safe place to go — and if that’s a public shelter, to continue practicing social distancing.

Director Michel and our team are monitoring the weather and standby ready to assist. Have a safe place to go. If you go to a public shelter please wear a mask, bandana, or scarf around your nose and mouth. Practice social distancing. We will get through this!

The East Coast is under the gun Monday, with the possibility of ferocious winds, more tornadoes and hail.

More than 39 million people in at least 11 states and the District of Columbia are under the threat of severe weather Monday, CNN meteorologist Michael Guy said.

“The line of storms that produced the deadly tornadoes in Mississippi are moving through Georgia and over the Appalachians (Monday) morning,” Guy said.

“Wind gusts from Georgia up through New England today could be upwards of 50 mph, with some areas in the Northeast getting gusts in excess of 70 mph.” 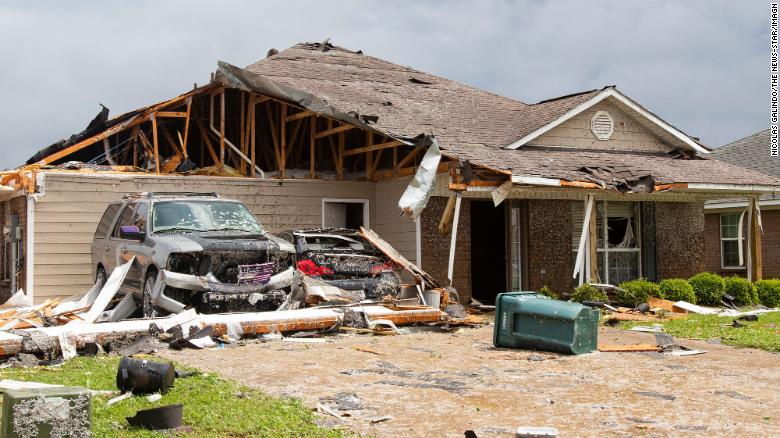 The worst of the wind gusts — or even possible tornadoes — could occur in southeast Georgia up into northern Virginia, just south of metro Washington DC, Guy said.

At least 14 people were taken to hospitals in Hamilton County, emergency officials said.

New Yorkers have 2 emergencies to worry about

Strong winds and heavy rain are expected to reach New York, the state hardest hit by the coronavirus outbreak.

New York City Mayor Bill de Blasio told residents the best protection from the weather is to continue to practice social distancing.”We have strong winds and heavy rain coming our way on Monday, New York City, so it’s really simple: if you do not need to be outside tomorrow then STAY HOME,” de Blasio tweeted.

“New Yorkers across the state are heeding our guidance to stay home during the Covid-19 pandemic, but this storm makes that call all the more urgent,” Cuomo said.

How the storms unfolded 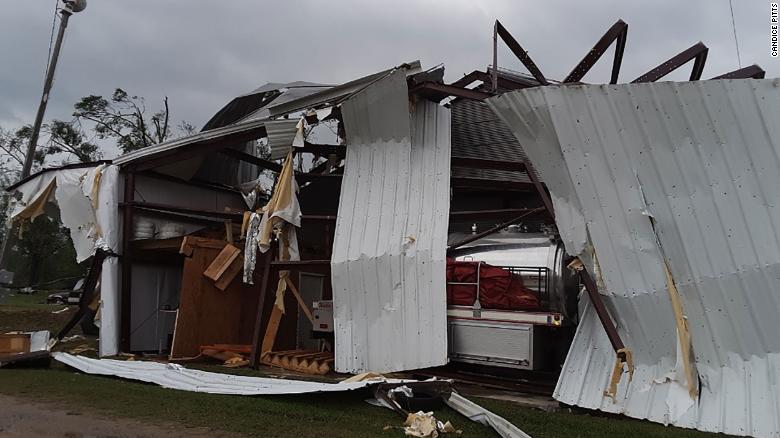 Parts of Mississippi were devastated by storms that tore through the South.

By Monday morning, more than 860,000 power customers were in the dark across the South, according to poweroutages.us.

“At least 200 to 300 structures were damaged in just the city of Monroe alone, Mayor Jamie Mayo said. No deaths were reported from the city, but some residents were injured. 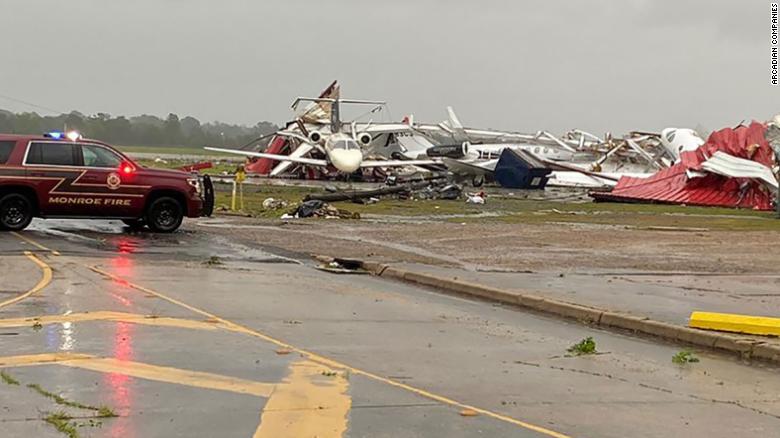 The Monroe Regional Airport in Louisiana suffered severe damage from a suspected tornado.

Monroe is still recovering from flooding a few years ago, resident Jared Moore told CNN affiliate KNOE. He said neighbors worked together to rescue two women and four infants in the area.

“We actually band together and kind of canvassed the neighborhood to see who needed help. And thank God nobody was injured,” Charlie Collins told KNOE.”All of this stuff can be replaced, but life can’t.” 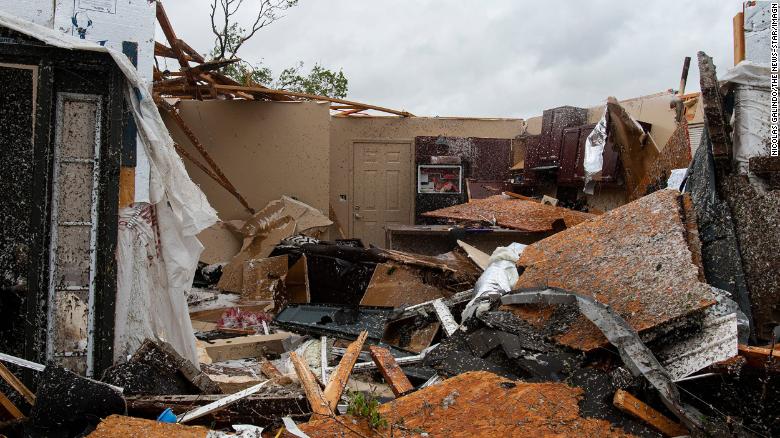 Some residents in Louisiana are suddenly without homes.

In the South, displaced residents are looking for shelter as coronavirus concerns loom.In Louisiana, Mayo has asked local hotels in Monroe to provide rooms for the newly homeless because the coronavirus outbreak has made opening an emergency shelter potentially dangerous.

Hotlines have been established to find housing for those who don’t have a safe place to stay.In Alabama, Gov. Kay Ivey issued a state of emergency and suspended coronavirus orders where life could be endangered.

“Shelters and community safe rooms should remain open and accessible to all individuals seeking refuge from this severe weather, while implementing reasonable practices and procedures to prevent the spread of Covid-19 among those seeking shelter,” Ivey said.And in Mississippi, officials said most county safe rooms were equipped with hand sanitizer. Residents were advised to wear masks in the rooms.