For the first time, astronomers have observed a star orbiting the supermassive black hole at the center of our Milky Way galaxy. And the star is dancing to the predicted tune of Albert Einstein’s general theory of relativity.

The study published Thursday in the journal Astronomy & Astrophysics.

Observations of the star were made by astronomers using the European Southern Observatory’s Very Large Telescope in Chile’s Atacama Desert. They saw that the star’s orbit is shaped like a rosette.

Isaac Newton’s theory of gravity suggested the orbit would look like an ellipse, but it doesn’t. The rosette shape, however, holds up Einstein’s theory of relativity.

“Einstein’s general relativity predicts that bound orbits of one object around another are not closed, as in Newtonian gravity, but precess forwards in the plane of motion,” said Reinhard Genzel, in a statement. He is the director at the Max Planck Institute for Extraterrestrial Physics in Garching, Germany.

Genzel also led a program that demonstrated this result. The initiative strove for increasing the precision of measurements over a 30-year period. 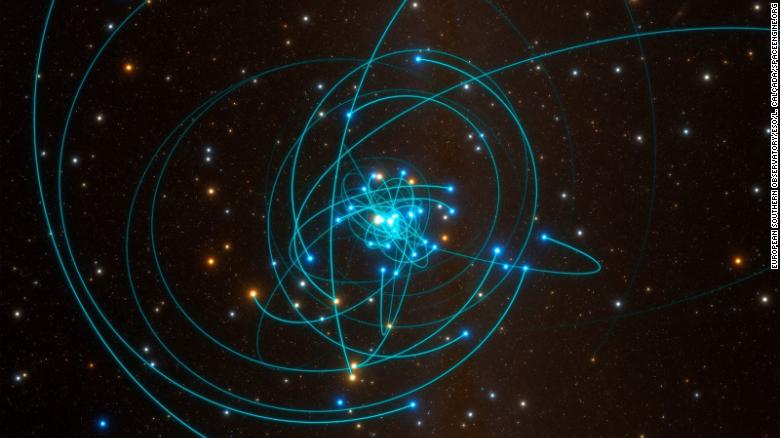 This simulation shows the orbits of stars very close to the supermassive black hole at the heart of the Milky Way.

“This famous effect — first seen in the orbit of the planet Mercury around the Sun — was the first evidence in favour of general relativity,” Genzel said. “One hundred years later we have now detected the same effect in the motion of a star orbiting the compact radio source Sagittarius A* at the centre of the Milky Way. This observational breakthrough strengthens the evidence that Sagittarius A* must be a supermassive black hole of 4 million times the mass of the sun.

“Sagittarius A* is the supermassive black hole at the center of our galaxy. It’s 26,000 light-years from the sun. Our solar system exists on the edge of one of the Milky Way’s massive spiral arms.Dense stars can be found around the black hole. One of them, the star known as S2 in this observation, passes closest to the black hole within less than 20 billion kilometers.

“After following the star in its orbit for over two and a half decades, our exquisite measurements robustly detect S2’s Schwarzschild precession in its path around Sagittarius A*,” said Stefan Gillessen, who led the analysis of the measurements at the Max Planck Institute for Extraterrestrial Physics.

Orbits aren’t usually perfect circles. Instead, objects move closer in or further away during rotation. S2’s closest approach of the black hole changes each time, which helps create the rosette shape. And the theory of general relativity predicts how much that orbit changes.

The theory also allowed them to understand more about the general area at the center of our galaxy, which is difficult for us to see from such a distance since it’s clouded by gas and dust in our galaxy.

Observations of the star over the period of 27 years made this discovery possible. The same team also previously reported the way the star’s light stretches as it approaches the black hole. 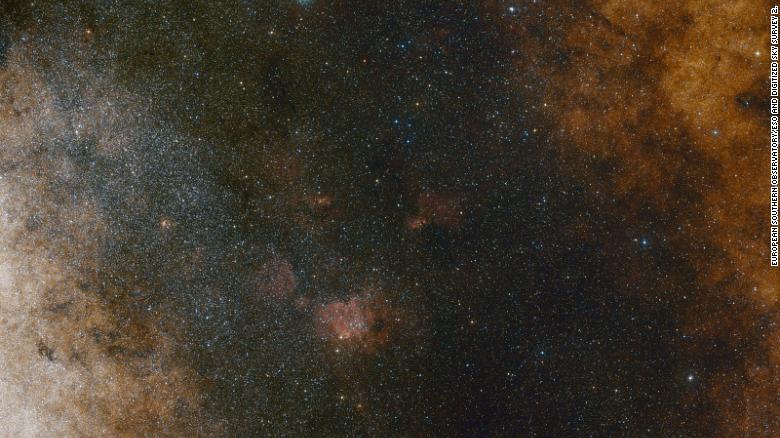 Future telescopes, like the European Southern Observatory’s Extremely Large Telescope, will allow for observations of fainter stars that move even closer to the black hole.

“If we are lucky, we might capture stars close enough that they actually feel the rotation, the spin, of the black hole,” said Andreas Eckart, study co-author and project lead scientist from Cologne University in Germany. “That would be again a completely different level of testing relativity.”