A small group of health care workers counterprotested at a large rally in Colorado demanding the state reopen and ease the restrictions designed to slow the spread of the coronavirus pandemic.

Hundreds of people gathered at the state Capitol in Denver on Sunday, waving flags and protest signs and lines of cars and trucks drove around honking their horns. CNN affiliate KCNC reported there were two separate protests at the Capitol.

Photos and video from the protest showed a small number of workers dressed in scrubs and protective masks standing in a crosswalk blocking the vehicles as a counterprotest.

The workers were not identified.One video of the protest showed a woman in a USA shirt leaning out of the passenger window of a pickup truck and shouting at the health workers. She was holding a sign that said, “Land of the Free”.

“Land of the free. Go to China if you want communism,” she said to the person standing in front of her. 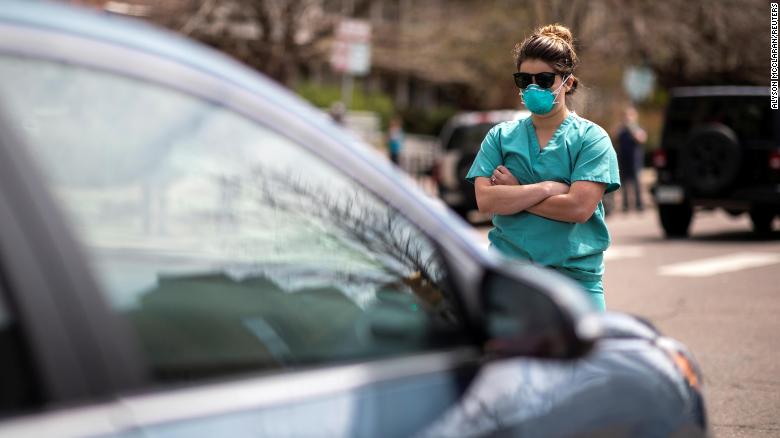 The person did not appear to respond, but other people were yelling in the background.

Colorado has reported 9,730 Covid-19 cases and 420 deaths, according to Johns Hopkins University.

Gov. Jared Polis has issued a stay-at-home order that will remain in effect until April 26.close dialog

Protesters around the country have rallied against coronavirus restrictions and complained that they infringe on their personal freedoms and threaten to destroy their livelihoods.

More than 97% of the US population is under some sort of a stay-at-home or shelter-in-place order. President Trump has said many states will be able to start reopening on May 1.