Videos and images captured by witnesses show just how much water was unleashed when Michigan’s Edenville Dam failed.

Officials had been warning nearby residents to evacuate all day Tuesday because of fears the hydroelectric dam holding back Wixom Lake would break.

It was announced on Facebook around 6:00 p.m. Tuesday that the dam had failed — and a torrent of water was rushing down the Tittabawassee River. The water’s unrelenting flow continued overnight and daylight on Wednesday showed how little was left of the lake.

An aerial image taken by a drone shows the Edenville, Michigan dam breach on Wednesday.

The satellite image below from June 10, 2018, shows what the dam area normally looks like. The entire lake covered roughly 2,600 acres, according to a Michigan Department of Natural Resources report in 2009.

A screenshot from a video taken late Tuesday afternoon by Timothy Wenzel shows just how high heavy rains pushed the water level on the lake. Water can be seen gushing out of the dam’s spillway — officials were trying to release water from the lake to maintain the dam’s integrity.

After the dam failure, a video screenshot taken by Wenzel shows lake water being sucked through the breached dam wall. Another video screenshot from pilot Ryan Kaleto shows water roaring downstream towards the communities of Edenville and Sanford. 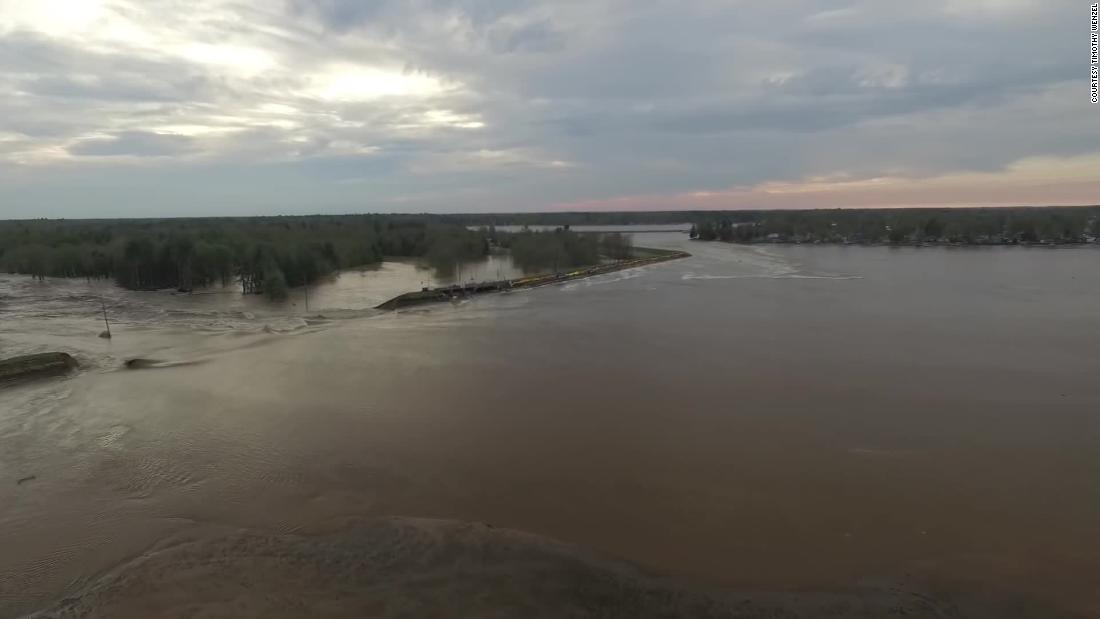 The Tittabawassee River breaches the Edenville Dam on Tuesday.

So much water from Wixom Lake had been released Tuesday evening that there’s exposed lakebed underneath nearby docks, as shown in a Twitter video. 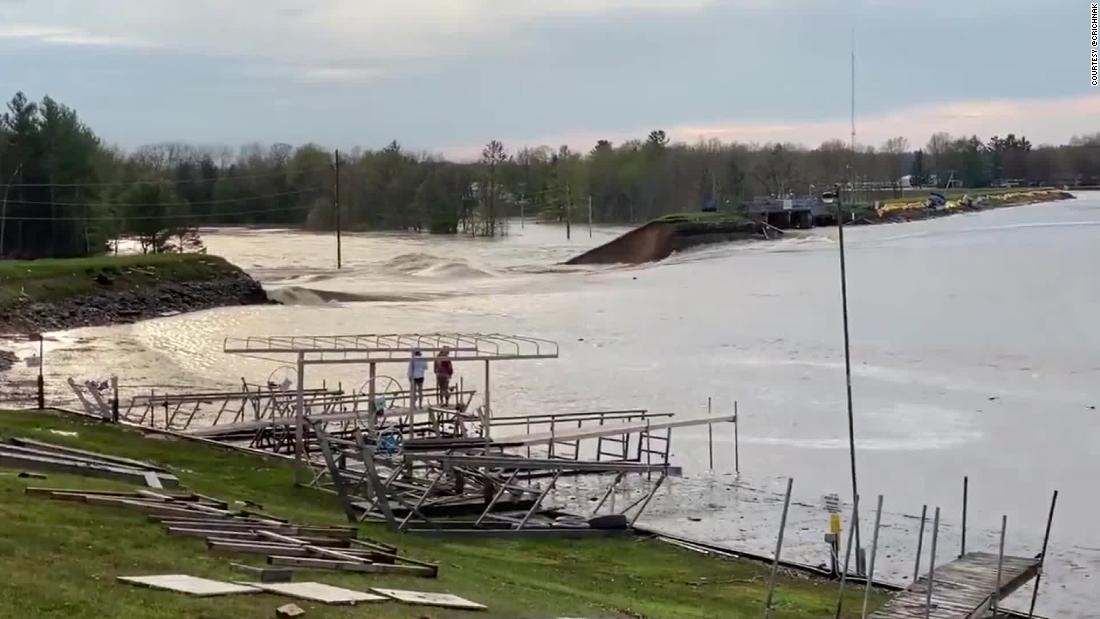 The dam’s failure came after days of heavy rain.With water continuing to flow out of the lake, downstream towns are preparing for extensive destruction.