The measure follows California’s plan to reduce greenhouse-gas emissions in an effort to combat climate change. 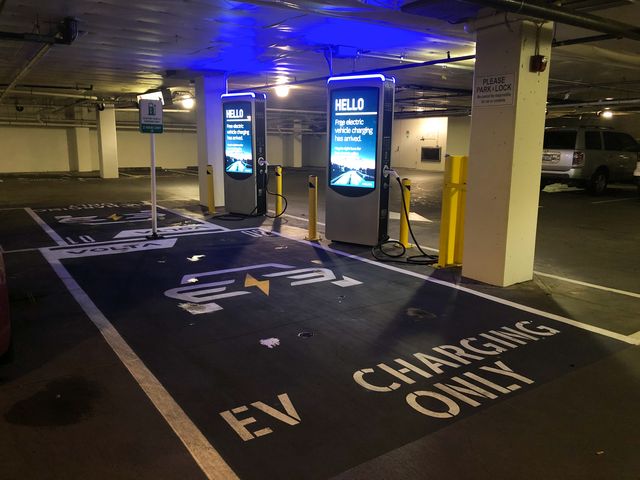 While EVs are still in the single-digit area of overall vehicle sales, they continue to climb and have already surpassed the sales of vehicles with manual transmissions. Now it seems that the electrification investments made by automakers are getting a boost from another part of the country.THE REGULATORY PUSH FOR EVS

Massachusetts is joining California with a plan to ban the sale of new gasolined-powered cars by 2035. Governor Charlie Baker released a 2050 decarbonization road map that includes the reduction of emissions from passenger cars. Massachusetts states that 27 percent of statewide emissions come from light-duty vehicles (passenger vehicles). The goal is for the state to reach net-zero fossil-fuel emissions by 2050.

In order to make sure those EVs are actually usable, the state plans to expand the public charging infrastructure to take into account that many people don’t have a garage in which to charge an electric vehicle.

The initiatives by California and now Massachusetts could be the beginning of a trend by states to slowly ban the sale of new gasoline-powered vehicles. Several European countries have the same types of measures in order to battle climate change. Meanwhile, President-Elect Joe Biden has a plan to speed up the electrification of vehicles in the United States that includes replacing the country’s fleets with EVs.

The New Jersey Department of Environmental Protection, while stopping short of a mandate, in October also set 2035 as its goal for eliminating internal-combustion vehicles as well.

With the cost of EVs expected to reach parity with gas cars within a few years, some of the sticker price issues that turn off potential buyers will disappear.

Currently, Massachusetts and California are only requiring that new vehicles sold by 2035 be electric. Used car sales of gasoline-powered vehicles will still be allowed. In other words, you can still own a V-8–powered Corvette when you ring in the new year in 2035. It will still be a while before the roads in either state are populated entirely by EVs.

Per: Car and Driver

BMW has divulged more specifications for the U.S. version of the iX electric crossover. Set to arrive END_OF_DOCUMENT_TOKEN_TO_BE_REPLACED

Aston Martin is building an SUV. That statement would likely confuse and upset past owners of END_OF_DOCUMENT_TOKEN_TO_BE_REPLACED

From the Archive: Chasing sunsets and driving enjoyment with the drop-top 2006 BMW 650i, Cadillac XLR-V, END_OF_DOCUMENT_TOKEN_TO_BE_REPLACED