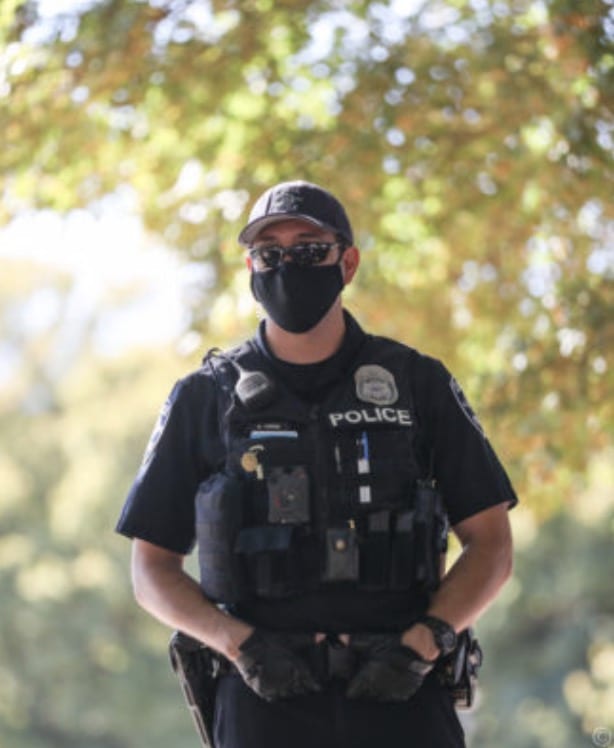 The Seattle Police Department (SPD) on Friday announced that it is investigating two of its officers who were in Washington, D.C., amid the Capitol riot on Wednesday.

In a press release, Police Chief Adrian Diaz said that the incident had been forwarded to its Office of Police Accountability (OPA) “for full review of any SPD employee activities at the U.S. Capitol,” adding that the officers involved have been placed on administrative leave.

“The Department fully supports all lawful expressions of First Amendment freedom of speech, but the violent mob and events that unfolded at the U.S. Capitol were unlawful and resulted in the death of another police officer,” Diaz said in the release, referring to the death of Capitol Police Officer Brian Sicknick, who sustained injuries while responding to the rioting.

The police head added that the OPA “will investigate whether any SPD policies were violated and if any potential illegal activities need to be referred for criminal investigation.”

Diaz added that if the OPA finds that any Seattle officers “were directly involved in the insurrection at the U.S. Capitol,” he will “immediately terminate them.”

According to The Seattle Times, police department spokesperson Valerie Carson said Friday evening that the officers involved were not on duty while they were in D.C.

The department did not release any further information regarding the officers.

Andrew Myerberg, OPA’s civilian director, told the Times on Friday that OPA was notified on Thursday evening of the officers’ potential involvement in the riot. The office launched the internal investigation Friday.

“We learned about this in an email last night,” Myerberg said. “There’s a picture that circulated on social media of the two officers at the protest rally. So, yes, we believe they were there, but we don’t know all the facts yet, so that’s why we’re doing the investigation.”

Rioters broke through windows and doors of the Capitol, ransacking offices and storming through the halls of the historic building.

Several injuries have been reported since Wednesday’s events, and five people died amid the chaos, including Sicknick and a woman who was shot by a Capitol Police officer. Both fatalities are under investigation.

Social media has since been used by companies to identify employers who participated in Wednesday’s events, resulting in several losing their jobs or resigning from their positions.

I agree! Get all of them out. They have done nothing. And get others out too, END_OF_DOCUMENT_TOKEN_TO_BE_REPLACED

US Special Operations’ new “chief of diversity” has been reassigned just days after he was appointed, END_OF_DOCUMENT_TOKEN_TO_BE_REPLACED