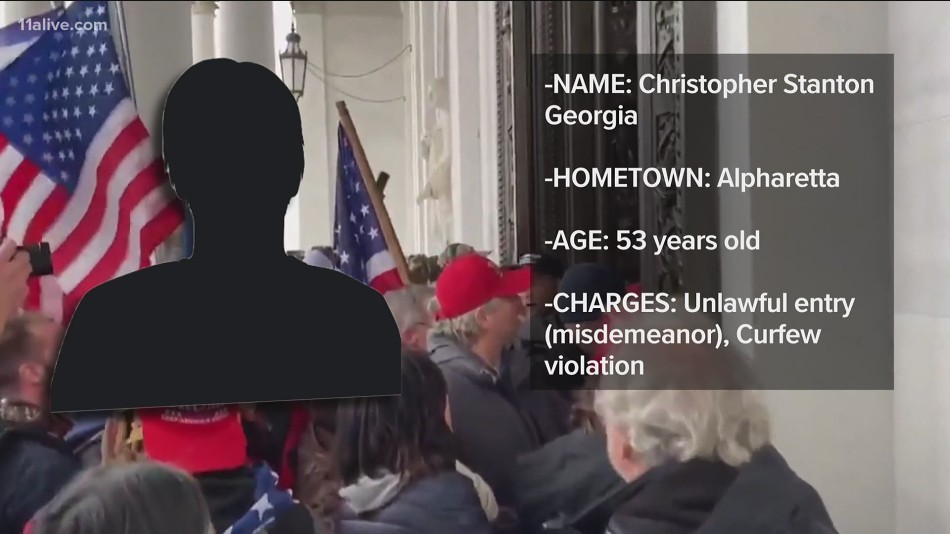 According to a local report, a Georgia man charged in connection with last week’s violent US Capitol riot has since died.

On Saturday, Atlanta based outlet 11Alive News announced that Christopher Stanton Georgia, 53, died at his home in Alpharetta.

The outlet obtained an Alpharetta police report that did not mention a cause of death but said Georgia’s death was “under investigation.”

The report said two rifles were seized from the Georgian home by police.

The Supreme Court of DC filings says that Georgia and many others remained out after the curfew and did not disperse after officers told them to leave at about 7:15 p.m.

An offense that carries a maximum sentence of up to 180 days in prison and/or a $1,000 fine in DC is an unlawful entry.

2 Windsor police officers threatened and assaulted a man during an illegal stop, lawsuit claims. And it’s all on video.

A U.S. Army Lieutenant was repeatedly pepper sprayed and physically attacked by a cop … all END_OF_DOCUMENT_TOKEN_TO_BE_REPLACED

The “Toro Bravo” Air Jordan 5 from the 2009 “Defining Moments” Pack is releasing in 2021. END_OF_DOCUMENT_TOKEN_TO_BE_REPLACED