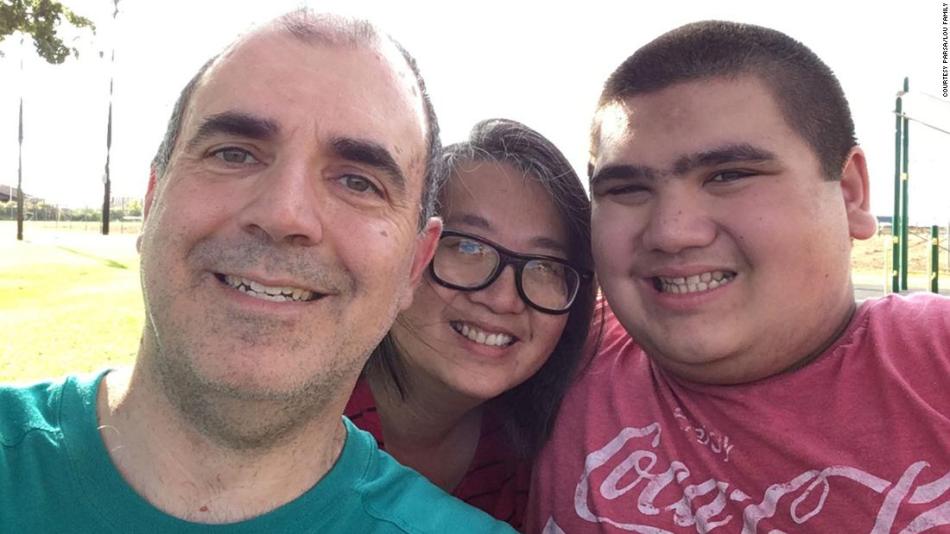 The parents of a 16-year-old with severe autism who died last year are suing the Jefferson Parish, Louisiana, sheriff, claiming the teen’s death was caused by deputies who restrained and sat on him for 9 minutes.

“Never did we ever think that our 16-year-old son with special needs would die in front of our eyes at his age and in the hands of law enforcement,” Donna Lou, the mother of the teen, Eric Parsa, said Thursday in a news conference.

“Unfortunately it is our reality of a nightmare that we have had to live with every day since his untimely death,” Lou said.

The family’s lawsuit comes as police use of force has come under increased scrutiny, particularly against children with special needs. Donna Lou and Eric’s father, Daren Parsa, are the latest parents in recent months to announce a lawsuit against law enforcement officers who, family members say, responded inappropriately and used excessive force against their children in the middle of a mental episode.

Deputies responded in January 2020 to a shopping center in Metairie, a suburb of New Orleans, as Eric experienced a “meltdown” related to his autism, according to the lawsuit and the family’s attorneys.

They handcuffed Eric, shackled his feet and restrained him face down on the pavement of the shopping center’s parking lot, putting immense pressure on his back, according to the lawsuit, which calls the use of force “excessive” and “unreasonable.”

Over the course of 9 minutes and 6 seconds, deputies failed to put Eric in a “recovery position” after subduing him that would have prevented the teenager from suffocating, the lawsuit says.

“This case centers on a severely autistic teenager diagnosed with numerous other mental conditions which caused him to have frequent violent outbursts,” the statement said, noting Eric attacked and bit his father.

“Once deputies arrived, they tried to control the violent teenager’s outbursts to prevent him from again attacking his parents and first responders,” the statement said. “Deputies allowed the teenager’s mother constant access to remain close to her son on the scene so that she could help first responders in defusing her son’s violent behavior.”

“CNN has reached out to the Jefferson Parish Attorney’s Office for comment.

The lawsuit filed in US District Court in the Eastern District of Louisiana also names a number of JPSO sheriff’s deputies and the owners of the shopping center where the incident occurred, claiming violations of Eric’s and his parents’ constitutional rights and violations of the Americans with Disabilities Act.

It seeks unspecified damages, but Lou said she and Eric’s father are sharing their story to prevent another family from experiencing what they’ve gone through.

“We bring this lawsuit in hopes that Eric’s death would not be in vain,” she said, “and no other family would have to go through the same horror.”

Teen was in the middle of mental episode

Eric and his parents were leaving a laser tag facility at the shopping center on January 19, 2020, when Eric began to “experience a sudden sensory outburst” related to his autism, the lawsuit says, and began slapping himself and slapping and grabbing his father.

Due to his limited language skills, “Eric could have self-injurious and aggressive behaviors when he was frustrated,” Eric’s mother explained in a statement she read at the news conference.

“Eric was experiencing a crisis,” she said.

The manager of the laser tag business, who was familiar with the family, asked Lou if she would like the manager to call police, and Lou said yes. The shopping center had hired security officers that included JPSO deputies, the lawsuit says.

An off-duty JPSO reserve deputy received the call from the laser tag manager, who informed him that Eric had autism and was in a “confrontation” outside with his father.

Cameras mounted outside the business captured the incident, showing Eric and his father grappling with each other for several minutes until the first deputy arrived, driving a JPSO SUV.

The deputy contacted other deputies for assistance in restraining Eric and also contacted EMS, the lawsuit says.

The video shows Eric, who was obese, slapping his father and the deputy, who got Eric on the ground face down. The deputy — whom the lawsuit describes as an overweight man — handcuffed Eric and sat on his back for the next 7 minutes, the lawsuit says. Lou remained on the ground next to Eric, trying to calm him.

“Crucially, what the deputy should have done at that point, once things were calm and everything was fine, was they should have taken the weight off of Eric Parsa’s back,” William Most, an attorney for the family, said during the news conference. “They should have rolled Eric Parsa onto his side to ensure that he could continue breathe. But the deputies did not do so.

“Over the next several minutes, six more deputies arrived on the scene. One of them relieved the first deputy, getting on Eric’s back and, at one point, putting him in a chokehold, according to the lawsuit. Each of the deputies was aware Eric had special needs, the lawsuit says, but none intervened to move Eric onto his side into a “recovery position.”

“It wasn’t until his body had gone limp and he had urinated on himself that deputies rolled him into ‘recovery position,'” the lawsuit says. “By then it was too late.”

Eric was soon taken by ambulance to a local hospital where he went into cardiac arrest.

The Jefferson Parish Coroner’s Office classified the manner of death as an accident but said a contributing factor was the “prone positioning” Eric was in while restrained by deputies, according to the lawsuit.

‘Eric was our purpose’

Lou said Thursday that Eric “brought so much joy” in his 16 years and said the developmental milestones that might be taken for granted in a typical child were what made her and Eric’s father so proud.

At the time of his death, Eric was in high school, working on social and independent life skills. In 2017, his mother said, Eric won an award from Cox Communications New Orleans for working hard to conquer the hurdles he faced in day-to-day life. 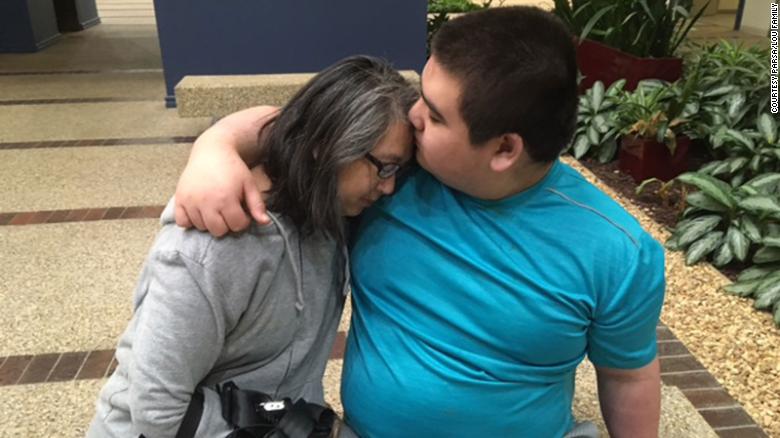 “Eric was our purpose in life. He depended upon us, his parents, to help him navigate through this confusing world,” Lou said.

“Not being able to see him or hear his voice has been devastating to us,” she said. “How do you reconcile with yourself that there are no new memories to be made with him in it?”

In Nov. 2020, Lyric Chanel underwent surgery in the Texas Medical Center to remove a tumor, according to END_OF_DOCUMENT_TOKEN_TO_BE_REPLACED

The governor said the state would be back open “100 percent” by March 10. Texas Gov. Greg Abbott END_OF_DOCUMENT_TOKEN_TO_BE_REPLACED