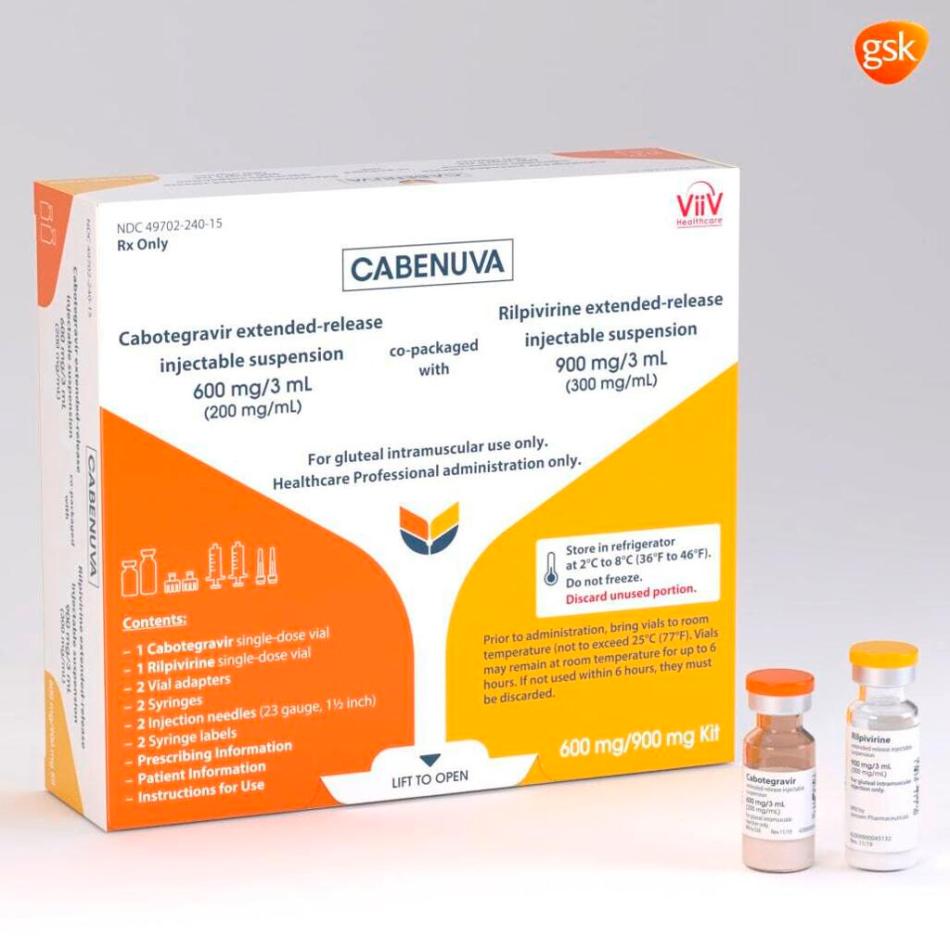 U.S. regulators have approved the first long-acting drug combo for HIV, monthly shots that can replace the daily pills now used to control infection with the AIDS virus.

Thursday’s approval of the two-shot combo called Cabenuva is expected to make it easier for people to stay on track with their HIV medicines and to do so with more privacy. It’s a huge change from not long ago, when patients had to take multiple pills several times a day, carefully timed around meals.

“That will enhance quality of life” to need treatment just once a month, said Dr. Steven Deeks, an HIV specialist at the University of California, San Francisco, who has no ties to the drug’s makers. “People don’t want those daily reminders that they’re HIV infected.”

Cabenuva combines rilpivirine, sold as Edurant by Johnson & Johnson’s Janssen unit, and a new drug — cabotegravir, from ViiV Healthcare. They’re packaged together and given as separate shots once a month. Dosing every two months also is being tested.

The U.S. Food and Drug Administration approved Cabenuva for use in adults who have had their disease well controlled by conventional HIV medicines and who have not shown signs of viral resistance to the two drugs in Cabenuva.

The agency also approved a pill version of cabotegravir to be taken with rilpivarine for a month before switching to the shots to be sure the drugs are well tolerated.

ViiV said the shot combo would cost $5,940 for an initial, higher dose and $3,960 per month afterward. The company said that is “within the range” of what one-a-day pill combos cost now. How much a patient pays depends on insurance, income and other things.

“Even people who are taking one pill once a day just reported improvement in their quality of life to switch to an injection,” said Dr. Judith Currier, an HIV specialist at the University of California, Los Angeles. She consults for ViiV and wrote a commentary accompanying one study of the drug in the New England Journal of Medicine.

Deeks said long-acting shots also give hope of reaching groups that have a hard time sticking to treatment, including people with mental illness or substance abuse problems.

“There’s a great unmet need” that the shots may fill, he said.

Separately, ViiV plans to seek approval for cabotegravir for HIV prevention. Two recent studies found that cabotegravir shots every two months were better than daily Truvada pills for keeping uninfected people from catching the virus from an infected sex partner.

A 60-year-old woman jumped from a luxury Midtown building — while holding her dog — on Friday afternoon, END_OF_DOCUMENT_TOKEN_TO_BE_REPLACED