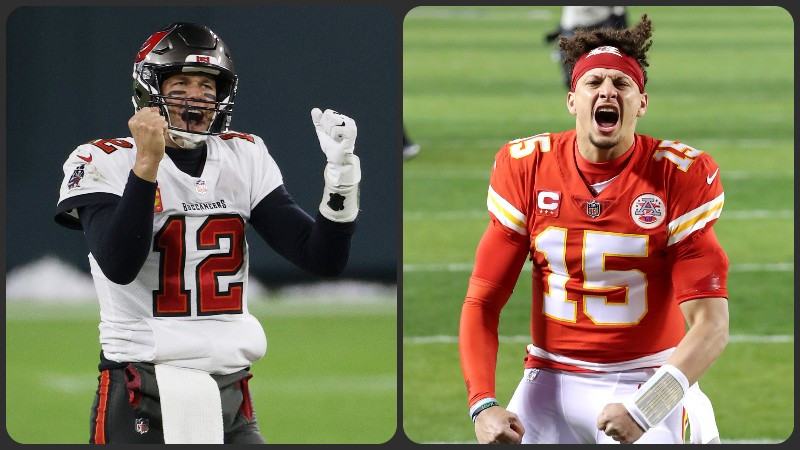 The Buccaneers will be the first team in NFL history to play a Super Bowl game in their home stadium on Feb. 7.

The Tampa Bay Buccaneers will face the Kansas City Chiefs in next month’s Super Bowl, a game that will feature the defending champions and a team that hasn’t been to the NFL title match in nearly two decades.

The Buccaneers defeated the Green Bay Packers, 31-26, to secure the NFC title. The Chiefs bested the Buffalo Bills, 38-24, to win the AFC title.

The Buccaneers will be the first team in NFL history to play a Super Bowl game in their home stadium at Raymond James Stadium on Feb. 7.

“It only took one man,” Arians said.

Despite early missteps, the Chiefs roared back, scoring 21 points in the second quarter and sacking the Bills’ star quarterback, Josh Allen, four times during the game. The Chiefs opened as 3-point favorites.

Asked after the game how they can beat Brady and the Buccaneers, Kansas City Chiefs quarterback Patrick Mahomes said he and his teammates “just have to be ourselves.”

“I trust my guys more than anybody,” he said.

Mahomes led the franchise to its first Super Bowl victoryin a half-century last year with a 31-20 win over the San Francisco 49ers.

Last year, Mahomes agreed to a historic $500 million contract extension after being named the league’s most valuable player and is thought to be a contender for MVP of the 2020 season.

Brady, who has been MVP three times, is also believed to be in the running.

The thud was heard throughout the entire ballpark and immediately drew a loud gasp from the Citi Field crowd. END_OF_DOCUMENT_TOKEN_TO_BE_REPLACED

Ex-NFL wide receiver Travis Rudolph has been arrested for murder … after the 25-year-old allegedly gunned down a man in Florida. END_OF_DOCUMENT_TOKEN_TO_BE_REPLACED

ESPN has fired NBA analyst Paul Pierce, a source confirmed to The Post. The decision was made after Pierce END_OF_DOCUMENT_TOKEN_TO_BE_REPLACED