The incredibly talented and hilarious actress and comedian, who starred in some of the biggest movies and TV shows ever — has died … TMZ has learned.

Leachman passed away of natural causes Tuesday night at her home in Encinitas, California, with her daughter, Dinah, by her side … this according to her son.

He tells us … “She had the best life beginning to end that you could wish for someone.” He adds that she was at peace, and “she left everyone with a lot of love.”

Cloris’ career in showbiz began shortly after she competed in the 1946 Miss America Pageant, when she made her debut on the ‘Actors Studio’ TV series.

After years of landing small roles on television, Leachman had her breakthrough playing the landlady, Phyllis, on “The Mary Tyler Moore Show” in the ’70s … which led to her own spin-off.

She won 2 Emmys for the role, and a Golden Globe for Best TV Actress for “Phyllis.”

In film, Cloris is best known for 2 movies she made during the same time period — “The Last Picture Show” in 1971, for which she won an Oscar for Best Supporting Actress … and 1974’s “Young Frankenstein.”

With 22 Emmy noms, she’s the most nominated actress in history, and her 8 wins is the most of all time … tied with Julia Louis-Dreyfus.

Her other notable roles spanning over 7 decades include “The Twilight Zone,” “Butch Cassidy and the Sundance Kid,” “WUSA,” “Yesterday,” “Spanglish,” “Raising Hope” and the “Mad About You” reboot. 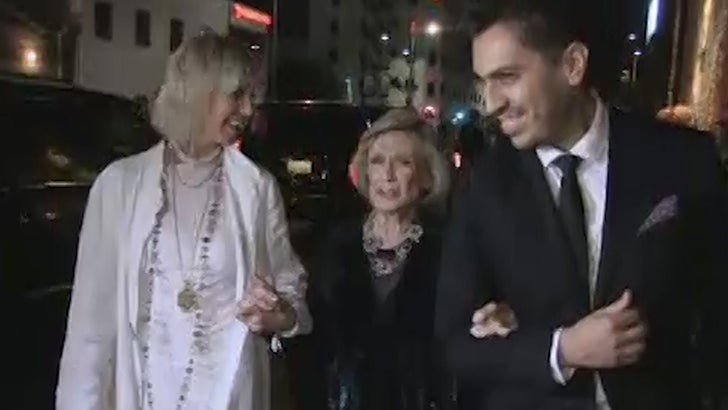 When we last saw her in 2017, she joked about her faux feud with Betty White, and accepted a duel … on the dance floor.

Dusty Hill, the bassist for blues-rock trio ZZ Top, has died. He was 72. “We are saddened by the news END_OF_DOCUMENT_TOKEN_TO_BE_REPLACED

Biz Markie has passed away at the age of 57, his manager confirms in a statement to REVOLT. “It is with END_OF_DOCUMENT_TOKEN_TO_BE_REPLACED