The actress along with several other women have come forward, detailing accounts of alleged abuse by the musician

Evan Rachel Wood is coming forward with claims against her ex Marilyn Manson, alleging that he “started grooming [her]” as a teen and “horrifically abused [her] for years.”

In an Instagram post Monday morning, the Westworld actress, 33, alleged that the person whom she previously accused of sexually assaulting her a decade ago was Manson (real name: Brian Warner).

“He started grooming me when I was a teenager and horrifically abused me for years,” Wood wrote on Instagram. “I was brainwashed and manipulated into submission.”

The star went on to say she was revealing the identity of the musician, 52, because “I am done living in fear of retaliation, slander or blackmail.”

“I am here to expose this dangerous man and call out the many industries that have enabled him, before he ruins any more lives,” she added. “I stand with the many victims who will no longer be silent.”

A rep for Manson did not immediately respond to PEOPLE’s request for comment. Manson has consistently denied such claims in the past.

Along with her own post, shared to her Instagram feed, the Across the Universe actress re-posted several others’ accounts of Manson’s alleged behavior to her Instagram Story, including photographer Ashley Walters, model Sarah McNeilly, an artist, who identified herself only as Gabriella, and more.

Accusing Manson of “gaslighting his inner circle,” Walters alleged that he would “offer [her] up for sexual encounters to please potential collaborators” and “became violent,” isolating her from loved ones and continuing to “smear [her] reputation” after their professional relationship ceased. She added that she “continue(s) to suffer from PTSD” as a result.

Accusing Manson of locking her in rooms, forbidding her from having male friends and more (even sharing an alleged text exchange between the two that included a threat of, “You better obey my rules”), McNeilly wrote, “As a result of the way he treated me, I suffer from mental health issues and PTSD that have affected my personal and professional relationships, self-worth and personal goals.”

“I believe he gets off on ruining people’s lives,” she continued. “I stand in support of all that have and all will come forward. I want to see Brian held accountable for his evil.”

Wood also shared an account from Manson’s personal assistant, Dan Cleary, posted back in September, in which Cleary said Manson “broke” Wood and “turned her into a different person” during their time together. 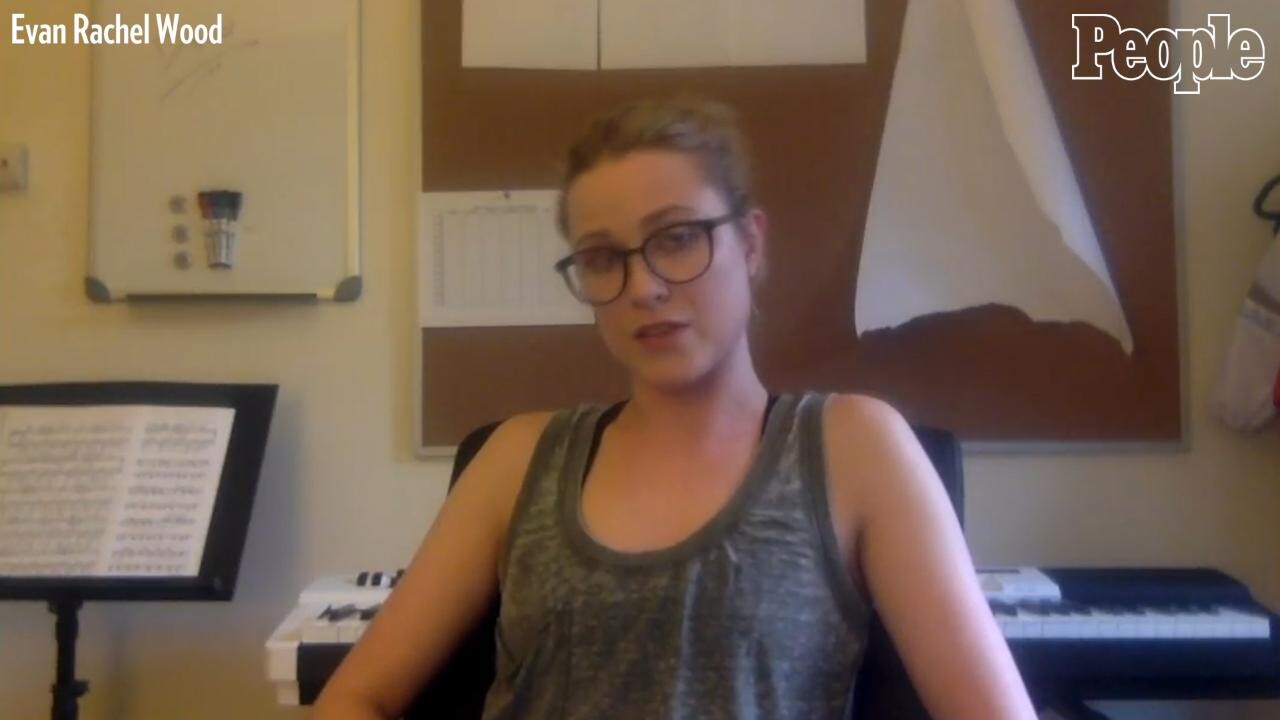 Cleary also alleged in the lengthy thread that the singer “would threaten to kill” Manson’s then-girlfriend Lindsay around the time Cleary became Manson’s personal assistant in 2014 — threats that included Manson saying he would “cut her up, bury her, embarrass her to the world. Making her cry & fear him made him feel good. He would remind her that she’d be homeless without him and make fun of her learning disabled family member.”

Wood and Manson began dating in December 2006. A source told PEOPLE at the time that their relationship was a factor in Dita Von Teese filing for divorce from “The Dope Show” singer, whom she had been married to for one year.

Manson and Wood broke up in 2008, briefly reconciled, then split again before getting back together. They got engaged in January 2010, before calling it quits for good seven months later.

In 2018, Wood gave emotional testimony in front of a House Judiciary Subcommittee in Washington, D.C., to advocate for Sexual Assault Survivors’ Bill of Rights Acts in all 50 states.

The actress did not name Manson as her abuser in her testimony but alleged in part that the abuse she endured included “threats against my life, severe gaslighting and brainwashing, waking up to the man that claimed to love me raping what he believed to be my unconscious body.”

“And the worst part: Sick rituals of binding me up by my hands and feet to be mentally and physically tortured until my abuser felt I had proven my love for them,” she continued. “While I was tied up and being beaten and told unspeakable things, I truly felt like I could die. Not just because my abuser said to me, ‘I could kill you right now,’ but because in that moment I felt like I left my body and I was too afraid to run.”

The actress said she was later so affected by the sexual assaults that she spent time in a psychiatric hospital after attempting suicide. “I struggled with self-harm to the point of two suicide attempts, which landed me in a psychiatric hospital for a short period of time. This was, however, a turning point in my life when I started seeking professional help to deal with my trauma and mental stress,” Wood said at the time. “But others are not so fortunate, and because of this rape is often more than a few minutes of trauma, but slow death.”

Last year, “The Beautiful People” singer addressed Wood’s testimony in a lengthy statement as a response to questions posed by outlet Metal Hammer about the pair’s relationship.

According to NME, the statement read, in part, “The comments in Spin where Manson had a fantasy of using a sledgehammer on Evan and he cut himself 158 times was obviously a theatrical rock star interview promoting a new record, and not a factual account. The fact that Evan and Manson got engaged six months after this interview would indicate that no one took this story literally.”

“Unfortunately, we live in a time where people believe what they read on the Internet, and feel free to say what they want with no actual evidence,” the statement concluded. “The effects can be catastrophic and promoting non fact based information is wholly irresponsible. All we can try and do, as the media and individuals, is to use facts and truth and not hide behind gossip and conjecture to further our own agendas.”

Polo G has hired Bradford Cohen as his attorney, who has filed a motion to get the rapper’s property returned. Some END_OF_DOCUMENT_TOKEN_TO_BE_REPLACED

Kid Rock dropped a homophobic slur like it was nothing while rocking the mic at a bar in Tennessee, and END_OF_DOCUMENT_TOKEN_TO_BE_REPLACED