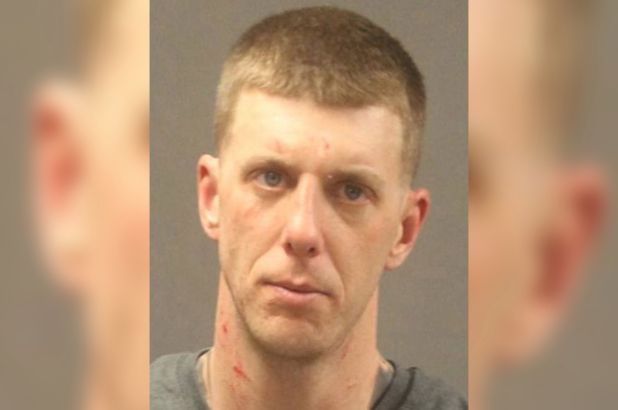 A woman in Massachusetts jumped from a second-floor window to escape her boyfriend who held her captive for a week, police said.

“They immediately began speaking with neighbors and learned that a male party had approached the female from behind, covered her mouth, and forcibly dragged her into an apartment,” Quincy cops said in a statement. “The witness pointed to the door of the apartment.”

Officers then forced their way into the locked unit and found the woman unresponsive on a bed while struggling to breathe with red marks on her neck. Medics rushed her to Boston Medical Center, police said.

A subsequent investigation revealed McAuliffe allegedly held the woman captive against her will for the past week.

“Fearing for her safety, she jumped from a second story window to escape,” the police said while declining to release additional details in the case, citing an ongoing investigation and the victim’s privacy.

But investigators said neighbors, coupled with the actions of several officers, may “very well” have saved the woman’s life.

“They did exactly what we would hope: they contacted 9-1-1 and observed from a safe location,” police said. “They were able to provide us with the information needed to quickly locate the victim.”

The woman, according to court documents cited by WCVB, previously told McAuliffe she was pregnant and felt unsure having the child. McAuliffe then began acting paranoid and told her she “could not leave” and had to “get rid of” the unborn child, court documents show.

She later locked herself in the bathroom and jumped out the second-floor window before screaming for help, court documents said.

McAuliffe was arraigned Thursday on charges of assault to murder, aggravated assault and battery, strangulation, assault and battery on an intimate partner and kidnapping. A judge ordered him held pending a dangerousness hearing set for Tuesday.

An attorney for McAuliffe declined to comment on the accusations. A not guilty plea was entered on his behalf, the Boston Globe reported.

A Lower East Side daughter stabbed her mother five times after she refused to recite the Santeria religious prayer, END_OF_DOCUMENT_TOKEN_TO_BE_REPLACED