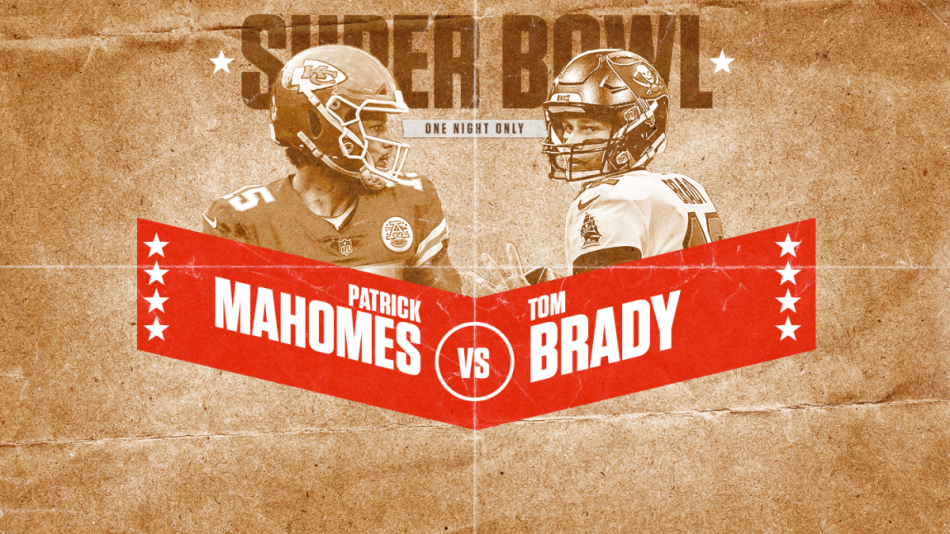 Super Bowl LV is a battle between two of the most dangerous teams in the NFL, not only because of their presence in the NFL’s season finale, but because of how they got there. The Kansas City Chiefs, who won it all after the 2019 season with one of the league’s most explosive offenses, are up against the Tampa Bay Buccaneers, who air it out with as much gusto as anyone under the guidance of coach Bruce Arians. While the teams themselves have all kinds of intrigue, we all know the biggest reason people will be tuning in this Super Bowl Sunday: the quarterbacks. Rarely are we gifted such a high-profile showdown as this: Tom Brady versus Patrick Mahomes, the six-time champion against the reigning champion.

As we prepare for Brady versus Mahomes under the bright lights of Tampa’s Raymond James Stadium tonight, we’ve got everything you need to know about their matchup, from each QB’s postseason resume and Super Bowl record to how they’ve fared in head-to-head matchups. Buckle up, and get ready for arguably the most thrilling signal-caller showdown of the year.

Super Bowl LV is almost here, and you can watch it for free on the CBS Sports App.

Physically speaking, Brady and Mahomes aren’t all too different in terms of size; neither is especially big, while Brady is a bit leaner. Their physical similarities, however, probably stop there. Mahomes is not a burner on the ground, clocking a 4.8-second 40-yard dash coming out of college, but the statuesque Brady has never been even a remote threat to run the ball. Correspondingly, Mahomes has made a name for himself as a reactionary big-play machine, using his mobility, effortless arm strength and unmatched penchant for acrobatic throws to post gaudy numbers. Brady, on the other hand, has lasted more than two decades mostly for his talent between the ears — a masterful attention to detail that’s kept him in shape, in command and rarely flustered as a “point guard”-style QB.

Neither Brady nor Mahomes came into the NFL with especially elite expectations. The Chiefs traded up to draft Mahomes 10th overall, but his Texas Tech resume was not the thing of superstars, with many scouts concerned about seemingly reckless ball-handling in a favorable offense. Mahomes also spent almost his entire rookie year on the bench behind Alex Smith. Brady, meanwhile, was even more of an afterthought, opening his rookie season as a No. 4 QB, playing just one game and only seeing the field extensively the following year because of a serious injury to starter Drew Bledsoe. Now, 20 years later, Brady is the furthest thing from an underdog thanks to his record-breaking, future Hall of Fame career, and Mahomes is unanimously one of the best QBs in today’s game.

Brady has the obvious nod in all-time marks because of his time of service, but the reason these two are such an intriguing Super Bowl matchup is because, at their peak, they’ve both clearly been one of, if not the, best passer of their time. It’s hard to find a bad full-season performance from either QB.

Brady’s numbers look monstrous here, and that’s because they are; he ranks second in career passing yardage behind only Drew Brees and first in all-time passing touchdowns. But to put in perspective how unprecedentedly good Mahomes has been early on, he’s well on pace to surpass Brady’s career TD mark by his late 30s. Mahomes is averaging about 2.47 TD throws per game, which means he needs “only” about 189 games, or just under 12 more seasons of this kind of production, to catch TB12. That’s much, much easier said than done — especially considering the unpredictability of injuries and other circumstances — but it proves that these two QBs are either legends or legends-in-the-making.

Just feast your eyes on this if you’re looking for QBs who know how to show up when the lights are brightest:

Both QBs boast MVP-caliber career years, which is no surprise considering they’ve got a combined five MVP awards between them:

Again, not a whole lot of bad from either of these guys. For the sake of eliminating injury-shortened seasons or those spent on the bench, we’re only including years in which Brady or Mahomes played/started at least two games:

This isn’t a fair comparison, considering Brady has 17 seasons on Mahomes, not to mention an additional eight Super Bowl appearances. But in the interest of reviewing their performances on the NFL’s biggest stage, we’ve got breakdowns below, courtesy of our Super Bowl quarterback preview at CBS Sports.

Funny enough, one of Mahomes’ worst statistical games of an otherwise Pro Bowl 2019 season came in the Super Bowl, his first — and record-breaking — championship, in which he threw a season-high two picks and posted his second-lowest passer rating (78.1) of the year. His second interception initially appeared to doom the Chiefs, who had fallen behind by 10 points in the third quarter against San Francisco, but that’s when he finally reversed course, reverted to MVP form and hit on several big plays to lead Kansas City to 21 unanswered points and the victory. His performance is a pretty good microcosm of his career thus far: Even when he doesn’t start well or the numbers don’t look pretty (granted, they often do), Mahomes’ penchant for acrobatic throws and timely touchdown drives make him a constant threat to steal a victory.

The closest any other QB has come to his record number of appearances (10, including this Sunday) is John Elway, who played in five. Unsurprisingly, Brady owns almost every major Super Bowl record in the book, from all-time passing yards to combined titles. He’s not been immune to big-game turnovers, throwing an interception in five of his nine Super Bowls to date, but he’s also been pretty darn good, never losing by more than one score and logging a 6-3 record on the NFL’s biggest stage. Perhaps most importantly, Brady’s always been notoriously efficient near the end of games, leading the Patriots to victory despite a 28-3 hole in Super Bowl LI, overcoming a 10-point deficit against Seattle in Super Bowl XLIX and taking the Eagles to the wire in Super Bowl LII.

Aha, the one you’ve been waiting for! Brady and Mahomes have clashed four times over the last three seasons, and fittingly enough, they enter Super Bowl LV knotted up in their all-time series, with Brady collecting two wins and Mahomes logging the other two:

What are these QBs’ go-to game-day foods? Who did they grow up idolizing? Here are a few parting nuggets:

Shame on Team USA basketball, NBC for this all-time debacle

Before we get to the 8,000-pound pink hippopotamus in one corner of the room, let’s address the 7,000-pound purple rhinoceros END_OF_DOCUMENT_TOKEN_TO_BE_REPLACED

He was only 7 years old when it hit him; the moment he realized that there was more to it END_OF_DOCUMENT_TOKEN_TO_BE_REPLACED