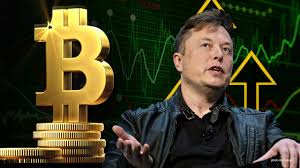 The company said it bought the bitcoin for “more flexibility to further diversify and maximize returns on our cash.”

Tesla announced Monday it has bought $1.5 billion worth of bitcoin.

In a filing with the Securities and Exchange Commission, the company said it bought the bitcoin for “more flexibility to further diversify and maximize returns on our cash.” Tesla also said it will start accepting payments in bitcoin in exchange for its products. That would make Tesla the first major automaker to accept do so.

The moves raised immediate questions around CEO Elon Musk’s behavior on Twitter recent weeks, where he has been credited for increasing the prices of cryptocurrencies like bitcoin and dogecoin by posting positive messages that have encouraged more people to buy the digital currencies.

Two weeks ago, the billionaire Tesla owned added the hashtag #bitcoin to his Twitter bio, in a move that helped to briefly push up the price of the cryptocurrency by as much as 20 percent. Two days later, he said on the social medial chat site Clubhouse: “I do at this point think bitcoin is a good thing, and I am a supporter of bitcoin.”

Bitcoin prices surged to new highs Monday following Tesla’s announcement, reaching a price of at least $44,200. Tesla shares were up more than 2.5 percent in premarket trading. Tesla warned investors of the volatility of bitcoin’s price in its SEC filing.

Tesla’s move into bitcoin represents an investment of a significant percentage of its cash in the investment. The company had more than $19 billion in cash and cash equivalents on hand at the end of 2020, according to its most recent filing.

FREE PROMOTION FOR YOUR BUSINESS!

Hey, This is Jay Khaos with Queenie’s Blog! And we are offering a one-time free post to promote your END_OF_DOCUMENT_TOKEN_TO_BE_REPLACED

Kanye West could now be worth more than $6 billion

Kanye West’s family life may be a disaster, but his finances are looking up. The “Runaway” rapper — whose wife END_OF_DOCUMENT_TOKEN_TO_BE_REPLACED