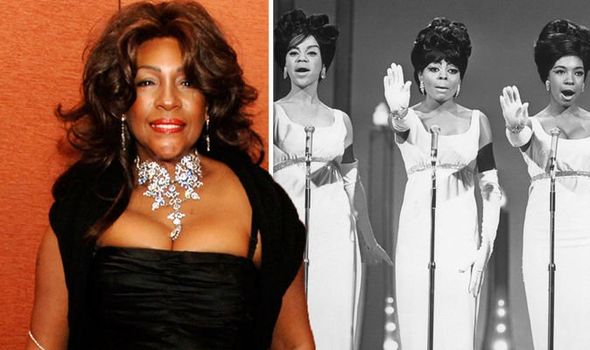 Mary Wilson, a founding member of The Supremes, passed away at her home in Henderson, Nevada on Monday (Feb. 8). She was 76 years old. Multiple outlets reported Wilson’s death on Tuesday morning (Feb. 9) after confirmation from her publicist, Jay Schwartz. However, her cause of death has not yet been revealed.

Tributes and remembrances flooded social media after the news broke, with fans paying their respects to Wilson’s trailblazing career. Wilson co-founded The Supremes trio at the age of 15 in Detroit and remained a member of the Motown mega-group until it disbanded in 1977. Throughout the ‘60s, The Supremes released hit records like “Where Did Our Love Go,” “Baby Love,” “Come See About Me” and “Stop! In the Name of Love.”

“I was extremely shocked and saddened to hear of the passing of a major member of the Motown family, Mary Wilson of The Supreme[s],” Gordy said. “The Supremes were always known as the ‘sweethearts of Motown.’ Mary, along with Diana Ross and Florence Ballard, came to Motown in the early 1960’s. After an unprecedented string of No. 1 hits, television and nightclub bookings, they opened doors for themselves, the other Motown acts and many, many others.”

“I was always proud of Mary,” he continued. “She was quite a star in her own right and over the years continued to work hard to boost the legacy of The Supremes. Mary Wilson was extremely special to me. She was a trailblazer, a diva and will be deeply missed.”

According to Variety, Wilson was preparing to release new solo material through Universal Music Group. Two days before her death, she shared a YouTube video announcing her plans to finally release her album Red Hot, which she recorded in the 1970’s with producer Gus Dudgeon.

“Hopefully some of that will be out on my birthday, March 6th,” she said in the video.

Wilson also teased some upcoming interviews about The Supremes’ experience with segregation, which she did in honor of Black History Month.

According to Schwartz, Wilson’s family is planning a private funeral service due to COVID-19 restrictions. However, a public memorial service will be held later this year.

We at REVOLT send our condolences to Wilson’s family, friends and fans at this time. Rest in peace to the music legend.

Paul Mooney, the actor-comedian famous for starring on “Chappelle’s Show” and “Bamboozled,” has died at 79, a rep for the END_OF_DOCUMENT_TOKEN_TO_BE_REPLACED

The filmmaker and illustrator, who worked on the likes of Naruto: Shippuden, BECK: Mongolian Chop Squad, Paradise Kiss and Someday’s Dreamers: Summer Skies, passed away END_OF_DOCUMENT_TOKEN_TO_BE_REPLACED