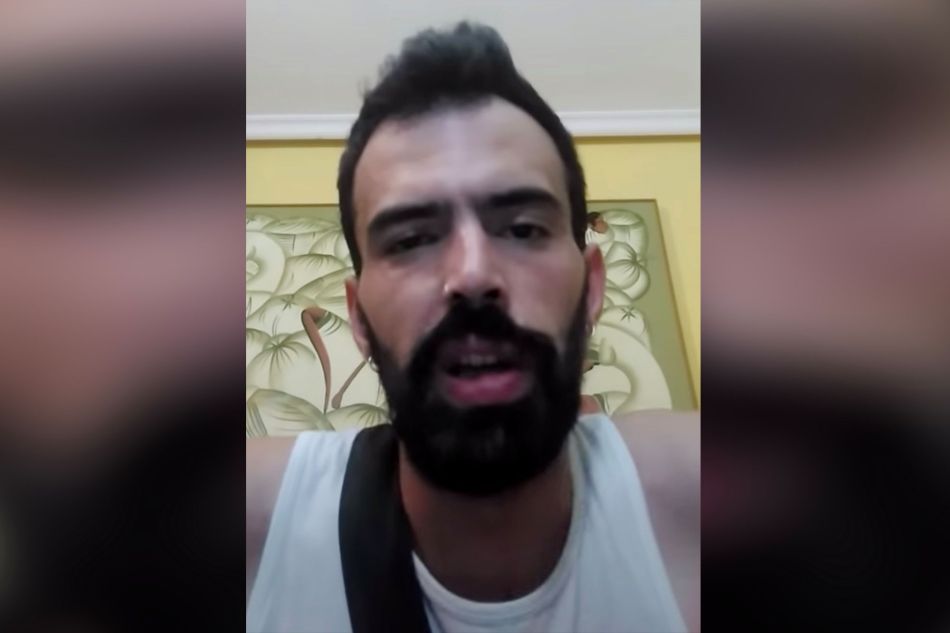 A Spanish rapper is accused of hacking off his roommate’s penis with a 12-inch kitchen knife as part of a gruesome attempt to get attention on social media, according to reports.

Aaron Beltran allegedly made a deal with Andrew Breach, an Oxford-educated British teacher, to amputate his manhood — with Breach agreeing to pay a fee depending on how many times the video was shared on YouTube, the Independent reported.

Beltran now faces four and a half years behind bars if convicted of carrying out the grisly act in Zaragoza, Spain, in March 2019, the newspaper said.

“On the afternoon of March 8, just before 7:15 p.m. when both men were in the victim’s bedroom, Andrew tied his pajama cord round the bottom of his penis to avoid hemorrhaging,” the indictment reads, the Sun reported.

“The accused, who was sat on a chair in front of him, cut his penis with a 12-inch kitchen knife which was never found because the accused got rid of it.”

A police officer told the court in eastern Spain that he found Breach, 35, who taught at a local language academy, bleeding heavily after the gory stunt.

Another officer said Breach had wanted to sever his penis because he did not feel like he was completely male.

“When interviewing the victim in hospital he told us the accused cut off his penis. Andrew said he did not feel 100 percent a man and wanted to get rid of his penis,” the cop told the court.

“He agreed on a deal with the accused to pay him €200 which would depend on how many views the video of the amputation received on YouTube. It was done on the basis of hits,” the cop added.

Surgeons managed to reattach the penis, which is now fully functional, according to the Independent.

Breach spent three weeks in the hospital and then returned to the UK.

Meanwhile, Breach claimed in court he had cut off his own penis, contradicting his sworn statement that Beltran was responsible.

“I cut off my own penis. I was unwell. It was myself,” he said, adding that he had felt pressure from police to blame his roommate. Police denied his claim.

Prosecutors have accepted that Breach suffers from gender dysphoria, the outlet reported.

Local reports around the time of the amputation said the two men drank four bottles of wine and took Valium to gather the courage to go through with it, the Sun reported.

Beltran, who spent four months in prison before being released on bail, goes by the artistic name Sanatorio del Atico — or Attic Sanatorium.

Prince Philip, the longest-serving royal consort in British history, who was a constant companion to Queen Elizabeth II during their END_OF_DOCUMENT_TOKEN_TO_BE_REPLACED

A Philippines man allegedly died after being forced to do 300 squats for breaking COVID-19 curfew rules, the New York Post reports. 28-year-old Darren Manaog Peñaredondo was out buying END_OF_DOCUMENT_TOKEN_TO_BE_REPLACED

A woman lost her pregnancy but was jailed for abortion. She later died.