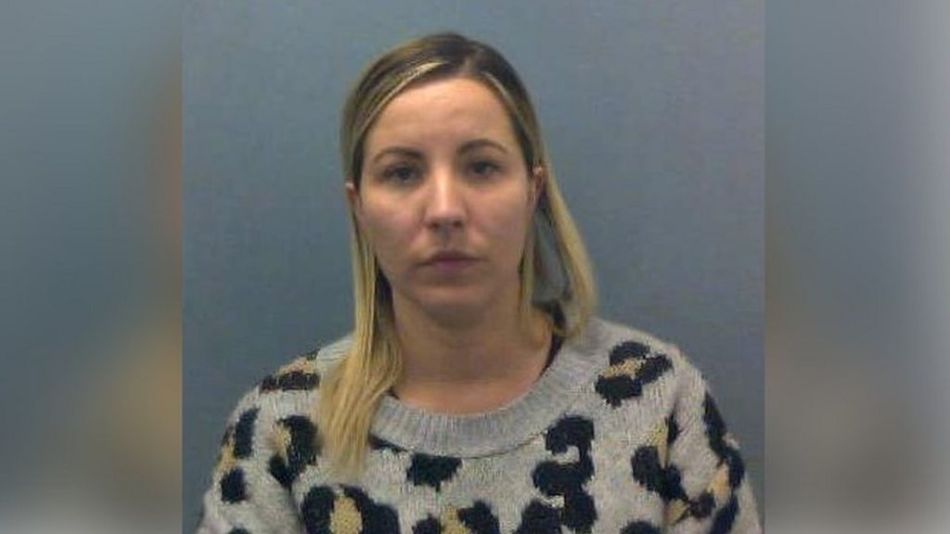 A married UK teacher convicted of having sex with her 15-year-old student has been sentenced to more than six years in prison.

Barber, a mom of three, was convicted in January of causing or inciting a child to engage in sexual activity for having sex with the teen in a field, but was found not guilty of two separate counts of the same charge.

She was busted in March 2020, four months after the principal at Princes Risborough School saw an explicit photo of her being shared at the secondary school about 40 miles northwest of London.

Jurors during Barber’s trial heard testimony that she started messaging the teen in 2018 after taking his phone number at a school sports day event.

The pair’s messages quickly turned “sexual” and Barber sent the boy topless photos of herself on Snapchat. She later picked up the 15-year-old to have sex with him in a secluded field.

Barber also sent the boy lewd text messages — including some as she taught him in class.

“You cannot make me blush when I am teaching now, poker face,” one message read.

A classmate of the teen said he also saw a message from Barber that read: “Do you prefer boobs or bum?”

The teen student also shared with a friend a shower selfie sent to him by Barber, as well as another photo of her bending over a bed.

Barber’s husband, meanwhile, had backed his wife in court, telling jurors their marriage was as “strong” as ever.

But an ex-boyfriend of Barber’s said he had to end their relationship due to her insatiable sex drive, the Scottish Sun reported.

As part of her sentence, Barber will be required to notify police of her address for the rest of her life and is barred from working with children and vulnerable adults, the Evening Standard reported.

“There is no doubt in my mind that you acted in gross breach of trust,” a judge told Barber. “You took advantage of a child in your care and groomed him for your own sexual gratification.”

Cubans holding mass protests was unthinkable in our community until right now. It’s something I was convinced I would not END_OF_DOCUMENT_TOKEN_TO_BE_REPLACED