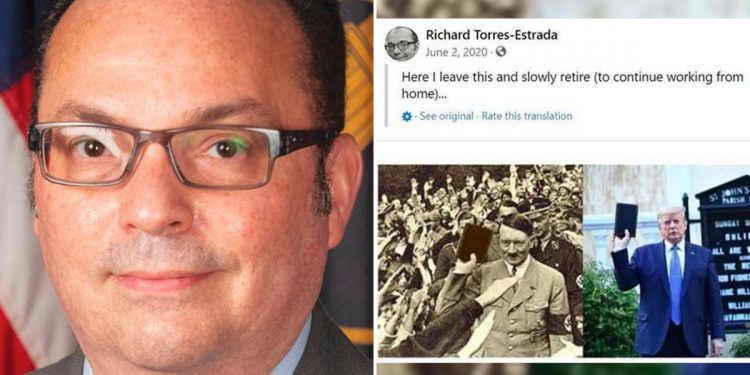 US Special Operations’ new “chief of diversity” has been reassigned just days after he was appointed, amid an investigation into social media posts in which he compared former President Donald Trump to Adolf Hitler.

A Department of Defense official confirmed the reassignment of Richard Torres-Estrada to Fox News on Tuesday.

Torres-Estrada’s appointment as chief of diversity and inclusion was announced just last Thursday by the US Special Operations Command.

But by Monday, Pentagon press secretary John Kirby confirmed a probe into Torres-Estrada’s social-media posts, which include an image juxtaposing Trump and Hitler and an anti-police political cartoon.

“Obviously, we take the need to promote diversity and inclusion seriously here in the department,” Kirby said during a Monday briefing, according to Fox News. “The secretary [of defense, Lloyd Austin] has spoken to that many times. And we certainly want that work to be transparent, to be credible, to be effective, and of course professional.”

Kirby declined to comment on the probe further, saying that it should be allowed to play out.

“We want everybody to take those duties and responsibilities seriously and professionally, but I’m not going to get ahead of the Special Operations Command’s investigation,” he said.

Donald Rumsfeld, the two-time defense secretary best known for serving in that position at the height of the Iraq END_OF_DOCUMENT_TOKEN_TO_BE_REPLACED