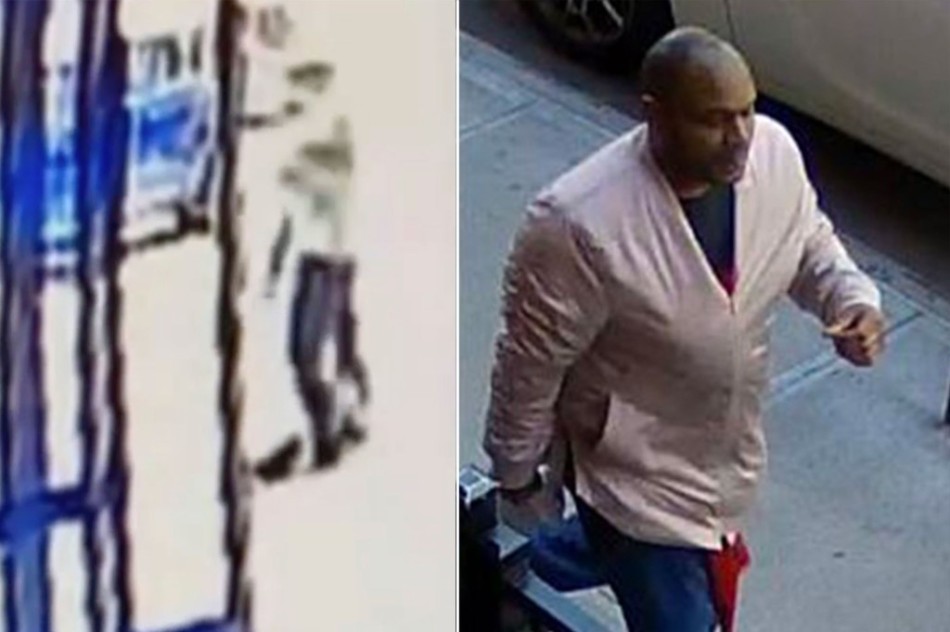 A racist attacker brutally beat an Asian woman who was walking to her church in Midtown on Monday morning — as a security guard in a nearby building watched and did nothing to help, according to police and footage of the incident.

The unidentified suspect spewed anti-Asian statements as he punched and kicked the 65-year-old woman on West 43rd Street near Ninth Avenue at about 11:40 a.m., according to cops.

“F–k you, you don’t belong here,” the brute yelled at the woman, according to sources.

Video footage of the assault provided by police shows the suspect kicking the victim to the ground — then stomping her in the head several times as she was down on the ­sidewalk.

Several men from a nearby residential building witnessed the crime, the footage shows, but did not try to help the woman.

One of the men, who was undoing packages, watched the entire incident unfold, the footage shows. Two other witnesses — who appear to be building security — walked over to the door as the attack ended, but did not chase after the suspect.

In fact, one of those men appears to shut the building door as the attacker takes off and the victim lies helplessly, according to the video.

The suspect was still being sought early Tuesday morning.

A doorman at the building where the surveillance video was recorded said on Monday night that he was unaware that the attack had taken place.

The victim, who suffered a fractured pelvis, was taken to NYU Langone Hospital, where she was listed in stable condition, authorities said.

The department has recorded a 1,300 percent increase in hate crimes against Asian Americans since the coronavirus pandemic began.

“These attacks against Asian-American New Yorkers must end. Hate has no place here and we must always call it out when we see it.

“My office is reaching out to the precinct and will do anything we can to be of assistance.”

A man accused of murdering his mother got into a struggle with police that resulted in an officer’s handgun discharging at Sentara Virginia Beach General Hospital Friday afternoon. In a release from the Virginia Beach Police, the incident began on Oct. 16 when officers responded to the 2400 block of Loran Court for a welfare END_OF_DOCUMENT_TOKEN_TO_BE_REPLACED

A newlywed couple from Tennessee was killed when a truck mowed them down on the highway after their own vehicle was involved in a separate collision, authorities said. Jessiah Plemons, 31, and Lillian Rose, 25, had only been married for two days when they were killed along with Madison Davis, 23, as they were waiting outside END_OF_DOCUMENT_TOKEN_TO_BE_REPLACED

The husband of missing California woman Maya “May” Millete was arrested in connection with her apparent death on Tuesday, authorities said. Larry Millete, 39, has been charged with his wife’s murder even though Maya’s body has not been found, according to San Diego prosecutors. Maya, 39, was last seen on Jan. 7, days before a planned family END_OF_DOCUMENT_TOKEN_TO_BE_REPLACED