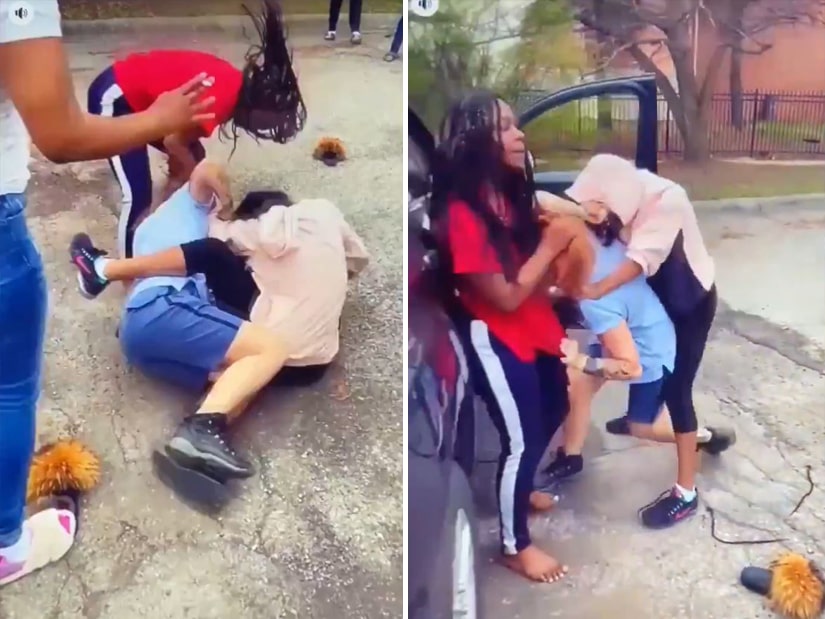 A postal worker in Michigan was viciously attacked by two enraged women — as an onlooker accused them of trying to steal stimulus checks in the mail carrier’s van, video shows.

But the law enforcement branch of the US Postal Service says there’s “no indication” Thursday’s attack at River Village Apartments in Flint was related to so-called economic impact payments.

The wild footage shows two women repeatedly hitting and punching a US Postal Service worker while she is on the ground.

The female worker tries to fight back as her hair is violently yanked — while one of the women accuses the mail carrier of striking her first, the clip shows.

The bystander recording the footage, which went viral on social media, can then be heard claiming the two women were after the postal worker’s stimulus checks in her dented van.

“Bro, y’all hit the mailman!” the man says. “They tryin’ to get that stimulus … this sh-t is serious!”

Another onlooker is also heard saying “y’all going to jail,” according to the chaotic clip.

One woman has since been arrested in the attack, Flint police told The Post Friday. However, Detective Sgt. Tyrone Booth declined to identify the suspect until she was arraigned.

Booth also declined to say what motivated the alleged assault, including whether stimulus checks had anything to do with the incident.

“We are investigating an assault incident that involved a United States postal worker,” Booth said. “An arrest was made and we’re seeking additional warrants for an additional arrest.”

Detectives are now reviewing the footage as part of its ongoing investigation, Booth said.

“We heard the same thing you saw in the video,” he said.

The unidentified women sped off in an SUV after the alleged assault.

“They done hit this mail lady’s car and hopped out,” the man who filmed the attack says as the clip ended.

In a statement to The Post Friday, the United States Postal Inspection Service said the “safety and well-being” of all USPS employees was a top priority while adding no evidence shows the caught-on-camera attack was somehow tied to stimulus checks.

“Postal Inspectors are aware of the incident involving a Postal Service employee,” the statement said. “There is no indication this incident was related to the disbursement of the Economic Impact Payments. The investigation is ongoing.”

Flint police said in a statement Friday afternoon they were working with the federal agency in its investigation. Arrest warrants for two suspects in the video will be handed over to the Genesee County Prosecutor’s Office Friday, police said.

“She is fine,” Booth said Friday.

A North Carolina man was fatally shot in a courtroom after he charged at a judge and tried to grab a bailiff’s gun, reports said. Roxboro END_OF_DOCUMENT_TOKEN_TO_BE_REPLACED

Saturday will mark the 20th anniversary of the Sept. 11, 2001 attacks on the Twin Towers, meaning New York City will be home to beefed up security, END_OF_DOCUMENT_TOKEN_TO_BE_REPLACED