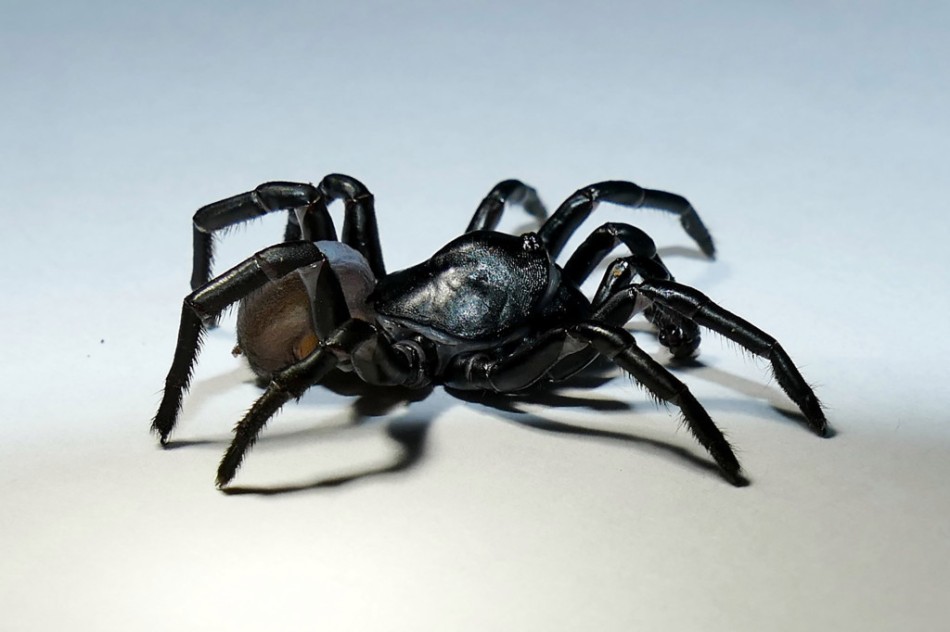 Scientists have discovered a new species of venomous tarantula that can live for two decades in — where else? — Florida.

The Pine Rockland trapdoor spider, Latin name Ummidia richmond, was first spotted on the grounds of Zoo Miami in 2012, but it wasn’t until this year that researchers identified it as an entirely new species.

“They have a rough carapace on their front half and a silvery-grey abdomen with a light-colored patch on top. They’re really quite beautiful spiders,” Dr. Rebecca Godwin, an assistant professor of biology at Piedmont College, told the Daily Mail.

Godwin identified the spider as a new species in a study published earlier this month.

Its bite to a human would be about as painful as a bee sting, experts said.

“Spiders like this often rely on their size and strength to subdue their prey, and the venom often acts to help break down and liquefy the insides of their prey,” Zoo Miami conservation chief Frank Ridgley told the Daily Mail.

The male Pine Rockland spider is roughly the size of a quarter, and the female is two to three times larger. The arachnids hide in burrows under their namesake trap door and pounce when prey — insects and other small invertebrates — saunters by.

“Similar species are ambush predators. They create a web burrow down into soft and sandy substrate with a hinged door at the surface,” Ridgley said. “They spend their entire lives in that same burrow, waiting for prey to come past their trapdoor, then they lunge out from their camouflaged lair to grab their prey.”

Males mature over seven years, then leave their dens to find a mate, after which they die.

Godwin believes the spiders that were found by Miami zoo staff were “wandering males.”

The biologist is worried about the species’ future.

“It is likely that this species is limited to this small area of threatened habitat and subsequently could be threatened itself,” she said.

The environment she described as the Pine Rockland’s habitat is disappearing, and little of it exists outside Everglades National Park.

Two grieving sisters from North Carolina opened their mother’s casket and found someone they didn’t recognize dressed in their mom’s clothing. The pair stumbled onto the morbid mistake on the day of their mother Mary Archer’s viewing at Hunter’s Funeral Home in Ahoskie on Sept. 7, WAVY reported. “There’s no similarity in the person,” Jennetta Archer END_OF_DOCUMENT_TOKEN_TO_BE_REPLACED

Chipotle customer threatens staff with gun: ‘Somebody better give me my food!’

This is the moment a hangry Chipotle customer whips out a gun and shouts, “Somebody better give me my food!” after being told the restaurant is closing soon.   Surveillance video, released by police Wednesday, shows the woman threatening a cashier at a Chipotle in the Roosevelt Mall in Philadelphia last Saturday night. Police said the unidentified END_OF_DOCUMENT_TOKEN_TO_BE_REPLACED

Two children were reportedly found clinging to their dead mother — who had saved their lives by drinking her own urine so she could breastfeed them after their boat broke apart and they drifted at sea for days. Mariely Chacón, 40, of Venezuelan, was aboard the Thor on Sept. 3 along with her 6-year-old son, END_OF_DOCUMENT_TOKEN_TO_BE_REPLACED