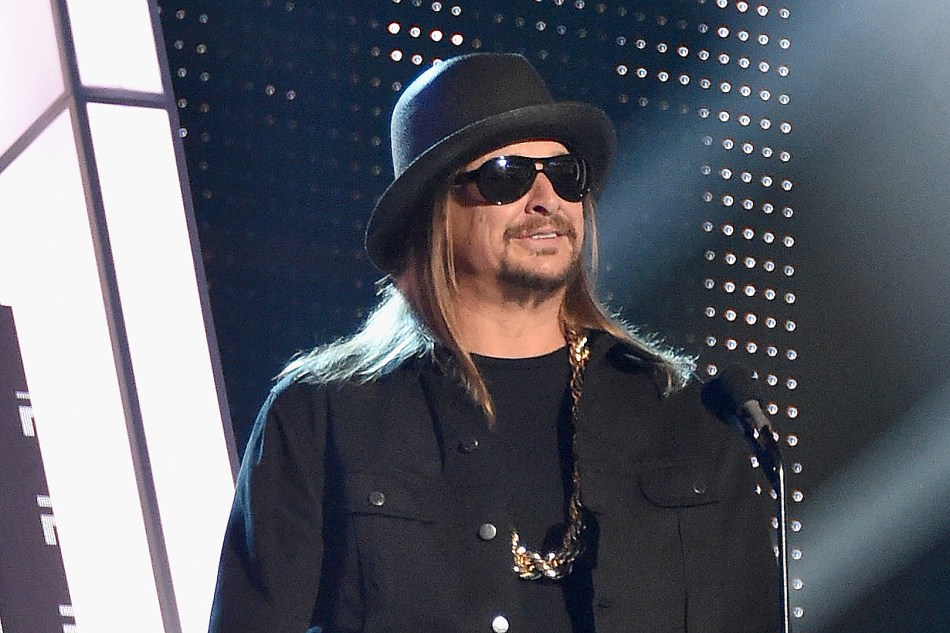 Kid Rock dropped a homophobic slur like it was nothing while rocking the mic at a bar in Tennessee, and ranting about people recording him with their phones.

Seems the singer wasn’t feeling the fact audience members had whipped out their iPhone cameras Saturday night when he took the stage at FishLipz Bar & Grill in Smithville, TN. He looked directly into one phone and barked, “F**k your iPhone, yeah!”

Kid then hurled the slur as he screamed, “You f**king f*****s with your iPhones out!!!” He also mocked fans recording him by pointing directly at his crotch, and telling them to post his junk.

We’re told security at the joint was going around telling people to put down their phones … but Kid Rock decided to take matters into his own hands.

Apparently, he hasn’t been paying attention to concert crowds for the last 10 years or so — ’cause it ain’t like smartphones just came out. Of course, Kid’s got a habit of blurting out whatever he’s feeling while onstage.

You’ll recall he torched Oprah, Joy Behar and others during a 2019 booze-fueled rant at one of his shows. This latest verbal attack didn’t seem nearly as drunken, but it’s every bit as foul.

The fan Kanye West allegedly punched had asked for his autograph on two separate occasions, Page Six has learned. We’re told the alleged victim, who remains unidentified, first asked for the Yeezy designer’s autograph outside of Craig’s in LA on Monday night, where West, girlfriend Julia Fox, Antonio Brown and others were dining to celebrate END_OF_DOCUMENT_TOKEN_TO_BE_REPLACED

AWWWW!!! Jason Momoa and Lisa Bonet split: ‘We free each other’ 

Khal Donezo. “Aquaman” star Jason Momoa and “The Cosby Show” alum Lisa Bonet have split, Momoa revealed via Instagram Wednesday. “We have all felt the squeeze and changes of these transformational times,” the couple’s joint statement began. “A revolution is unfolding and our family is of no exception… feeling and growing from the seismic shifts occurring.” END_OF_DOCUMENT_TOKEN_TO_BE_REPLACED

Drake shows off his ripped abs and more star snaps