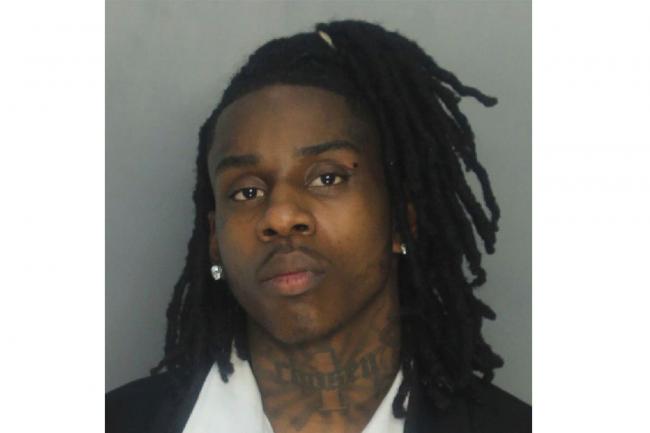 Polo G has hired Bradford Cohen as his attorney, who has filed a motion to get the rapper’s property returned. Some of it includes $15k in cash and over $100k in jewelry Cohen says has not been returned.

What’s more … Cohen says “we already have independent witnesses that are contradicting some of the statements of the police officers.” He added, “We look forward to a full and complete hearing on all the facts and circumstances.”

7:25 AM PT — 6/14 — According to the arrest affidavit, obtained by TMZ, cops say they initially pulled over the rapper’s car because the Cadillac had blackout tinted windows. Cops say the driver became combative when he was asked to lower his windows.

Things got tense after cops say they heard someone in the vehicle say it was bulletproof. Cops say they then asked if there were any firearms in the vehicle but claim the occupants inside the car did not respond and started to look nervously at each other.

Cops say they told everyone to get out of the car but Polo G allegedly shouted, “F*** you, what the f*** do I have to get out of the vehicle for?” According to cops, they tried to forcefully remove Polo from the Cadi and a struggle ensued … with the rapper and an officer ending up on the ground. Cops say that while an officer struggled placing handcuffs on the rapper, he felt multiple punches and elbows strike him in multiple areas of his head like the chin, forehead and cheek. Another officer says he witnessed rapper on top of the cop swinging his elbows striking the cop.

According to the docs, the cop in question suffered an abrasion to the right upper forehead area, right chin area and a swollen and slightly bruised right cheek.

Cops say Polo made multiple threats like, “I will kill you, I swear I’ll use these fists to beat the s*** out of you and knock your ass out.”

When cops were finally able to slap handcuffs on Polo G … cops say he violently kicked the rear interior door and window of the patrol car. Cops say they also found 2 handguns inside a black bag inside the vehicle.

Polo G was arrested in Miami for what cops claim was a brutal beatdown of an officer — but his mom/manager is calling BS … saying he was profiled and arrested for no reason.

The Chicago-based rapper got busted early Saturday morning following what his team says was an album release party in town — after which the vehicle he was riding in got stopped for some reason … which allegedly escalated into a full-blown fight between him and a cop.

The guy got booked for several different charges, including battery on a police officer, resisting with and without violence, criminal mischief and making threats. His bond had been set at over $15,000 — and he posed for this mugshot once inside.

Law enforcement sources tell us that the police report directly linked to Polo’s arrest cites the alleged victim, one of the Miami cops on the scene, as having been pummeled by Polo with his elbows … and allegedly suffering lacerations to his face from the struggle.

The one thing that we can’t seem to figure out from the police at this point, though, is why Polo was pulled over in the first place, and what led up to the alleged altercation. Welp, his mom, Stacia Mac, has been pretty vocal on that front … claiming Polo (and his younger brother, who’s apparently just 16 years old) got hauled away for something their driver did.

She alleges that the driver of their ride, whom we’re told was white, swerved in the road and cut off a police cruiser … which then initiated a stop. For whatever reason, Stacia says Polo and others were yanked from the backseat and got dealt with, instead of the actual driver.

Stacia claims the only explanation she can think of is racial profiling — and not only that, but she says the cops wouldn’t do her the courtesy of letting her speak to her boys.

One thing that’s clear … the cavalry got called out for this run-in — different video has surfaced online showing Stacia on the scene demanding to see her kids, and there’s at least five squad cars and even more officers standing guard. Miami PD says it’s aware of the situation and will release details accordingly.

Dr. Dre’s estranged wife, Nicole Young, had the “Nuthin’ but a ‘G’ Thang” rapper served with divorce papers at his grandmother’s funeral, according to a new report. The process server arrived at a cemetery in Los Angeles on Monday, where Dre, 56, was laying his late relative to rest and got into a dispute with END_OF_DOCUMENT_TOKEN_TO_BE_REPLACED

Katey Sagal is in the hospital after getting hit by a car while crossing the street in Los Angeles on Thursday, according to a new report. The driver of a Tesla was making a left turn at around 11:40 a.m. local time, but apparently didn’t see the 67-year-old actress and tagged her, TMZ reported on Friday. According END_OF_DOCUMENT_TOKEN_TO_BE_REPLACED

Howie Mandel is on the mend after fainting at a local Starbucks. The “America’s Got Talent” judge lost consciousness at his local Woodland Hills outpost of the coffee chain on Wednesday while grabbing a cup of joe with his wife and friends, TMZ reported. Mandel, 65, was laid out on a cement bench while the paramedics END_OF_DOCUMENT_TOKEN_TO_BE_REPLACED