just attempted to explain why he went on an anti-gay and sexist diatribe during his set at Rolling Loud … by now saying his gay fans don’t have HIV/AIDS because they’re not “nasty gay n****s” or “junkies.”

ICYMI, the rapper performed at RL over the weekend, and at one point encouraged the crowd to put their cell phone lights up in a very disturbing way … telling fans to put their phones up, “If you didn’t show up today with HIV/AIDS or other STDs that’ll make you die in 2-3 weeks” and “Fellas, if you didn’t suck a n**** d*** in the parking lot.”

The rapper attempted to clear up his vile comments Monday, posting a video and claiming his words weren’t directed at his gay fans because they’re not “nasty gay n****s” or “junkies” and they take care of themselves.

We reached out to festival organizers, but they’ve been radio silent.

Earlier in his set at RL … DaBaby also pissed some fans off — namely, Megan Thee Stallion fans — when he revealed his surprise guest was Tory Lanez.

Meg had just performed before DaBaby, and in case you forgot … Lanez is accused of shooting her in the foot after leaving a party last summer. Clearly, many folks think this was deliberate and abhorrent shade thrown at MTS. 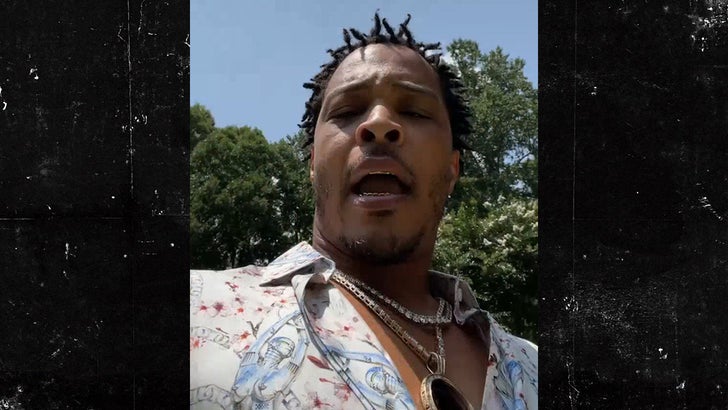 Also getting involved in the controversy is T.I., who seemingly defended DaBaby’s homophobic comments online, commenting … “If Lil Nas X can kick his s**t in peace… so should dababy.” He added the #equality hashtag as well.

Later, T.I. attempted to clarify his remark by saying he respects gay people, but doesn’t believe homosexuals should have more rights than heterosexuals.

He also said he respects all gay people who are living their truth — like Lil Nas X — but added that X’s performances and music videos “ain’t for me” and said he doesn’t want his kids watching them either.

That doesn’t sound great, but to be fair … T.I. says the mature content is what he objects to for the kids, and same goes for vids like Cardi B and Megan’s “WAP.”

A Florida teenager was arrested after he tried to kill a jogger, planning to keep the man’s corpse in his closet “to fulfill his sexual fantasies,” END_OF_DOCUMENT_TOKEN_TO_BE_REPLACED

The NYPD reported 461 felony assaults in the subway system last year — a disturbing rate not seen since 1997, according to data released ahead of END_OF_DOCUMENT_TOKEN_TO_BE_REPLACED