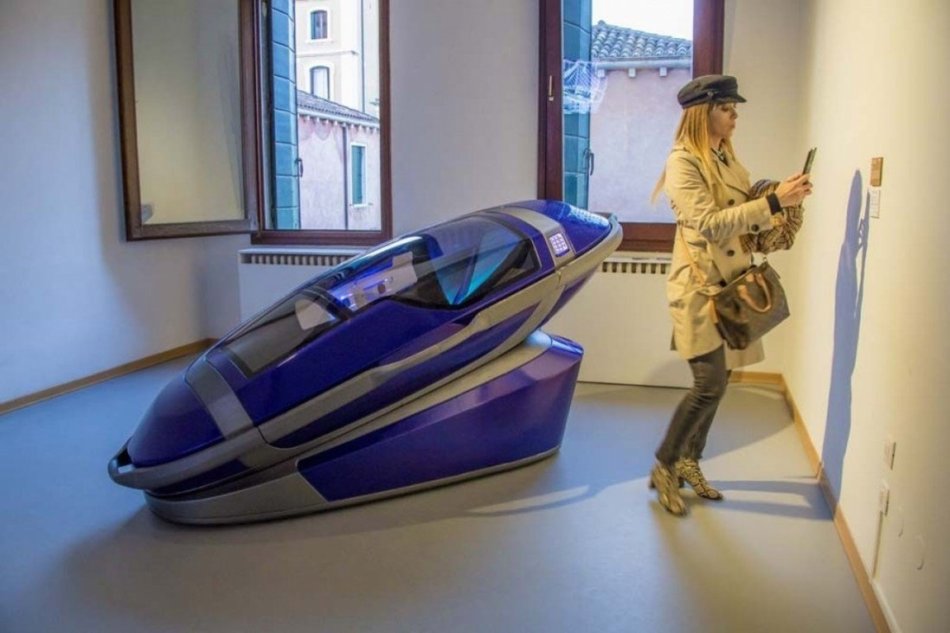 A 3D-printed, coffin-like pod developed to carry out assisted suicide may soon begin legally operating in Switzerland, according to local media reports.

According to news outlet Swiss Info, a member of the Swiss Broadcasting Corporation, the suicide pod, dubbed the Sarco machine, cleared legal review in the country and could start operating some time next year.

The Sarco machine has been developed by international nonprofit organization Exit International, which advocates for voluntary euthanasia and assisted suicide.

While assisted suicides in the country typically involve the ingestion of liquid sodium pentobarbital, the capsule offers users a peaceful death without the use of controlled substances, Philip Nitschke, found of Exit International, says.

“The person will get into the capsule and lie down. It’s very comfortable. They will be asked a number of questions and when they have answered, they may press the button inside the capsule activating the mechanism in their own time,” Nitschke told Swiss Info in an interview.

Nitschke explained the pod will then start the process of flooding the inside with nitrogen, which will reduce the oxygen level from 21 percent to 1 percent. He said the person will feel disoriented and slightly euphoric before losing consciousness.

“The whole thing takes about 30 seconds. Death takes place through hypoxia and hypocapnia, oxygen and carbon dioxide deprivation, respectively. There is no panic, no choking feeling,” he told the news outlet.

The pod can be towed anywhere for the death, according to Nitschke, including “an idyllic outdoor setting or in the premises of an assisted-suicide organization, for example.”

Exit International is hoping to eventually use artificial intelligence in a screening system to establish a user’s mental capacity. The organization says it wants to “remove any kind of psychiatric review from the process and allow the individual to control the method themselves.”

Nitschke said two prototypes have been developed so far with hopes for a third in Switzerland by next year.

This meant he had to be on dialysis and his kidneys functioned at just five per cent of the average capacity. She explained: “I END_OF_DOCUMENT_TOKEN_TO_BE_REPLACED