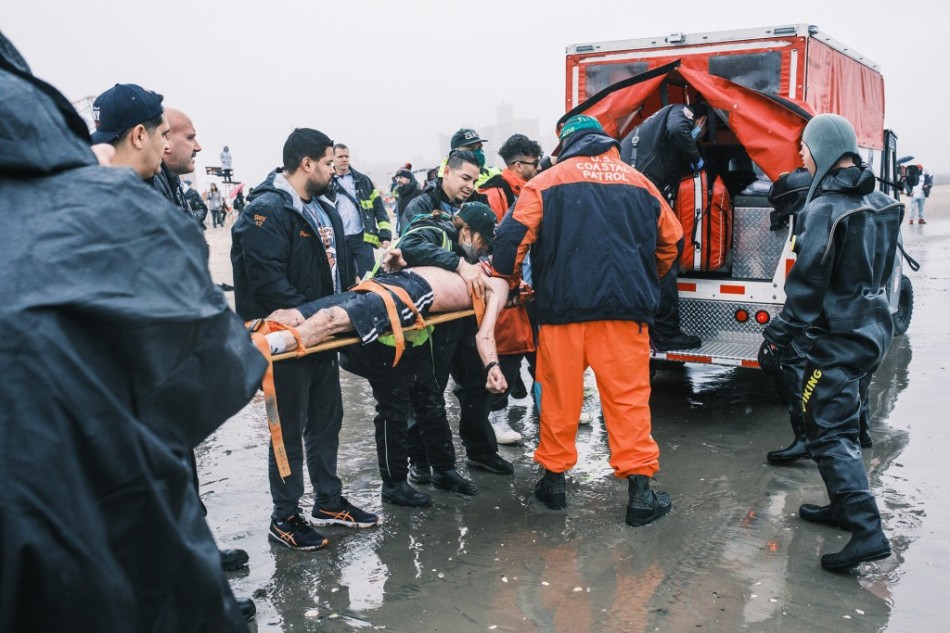 This year’s annual “polar plunge” at Coney Island lost some of its levity, when a man had to be dragged out of the icy waters.

The man entered the water, apparently alone, but collapsed after a few minutes in the Atlantic, authorities said.

Lifeguards pulled the man out and began CPR, before EMTs arrived.

The man remained unresponsive despite mouth-to-mouth resuscitation and chest compressions.

FDNY said a cardiac arrest was reported at 11:30 a.m. at Stillwell Ave. and Surf Ave.

The patient was taken to Coney Island Hospital. No further information was available.

The annual plunge — put on by the Coney Island Polar Bear Club, which advertises itself as “the oldest winter bathing organization in the United States” — is a free charity event. Participants are required to sign waivers.

He went from getting A’s — to facing Class B felonies. A Tennessee college student — who once made the dean’s list — END_OF_DOCUMENT_TOKEN_TO_BE_REPLACED

A tattoo fanatic is unrecognizable in old photographs before he inked nearly all of his body. Tristan Weigelt, 25, has spent $54,031 to cover END_OF_DOCUMENT_TOKEN_TO_BE_REPLACED