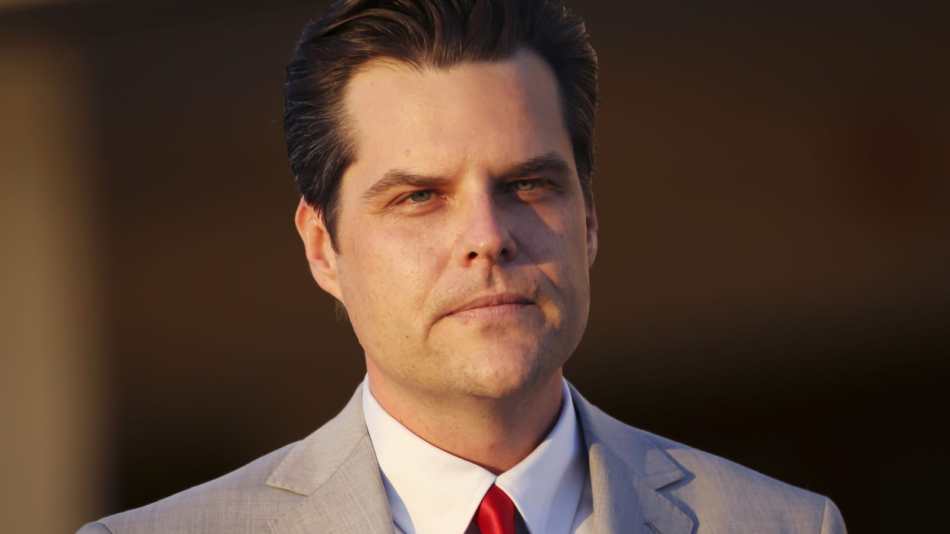 Rep. Matt Gaetz’s ex-girlfriend testified Wednesday before a federal grand jury investigating him for sex crimes, a major development that suggests the Department of Justice may be moving closer to indicting him.

The ex-girlfriend, whose name is being withheld by NBC News to respect her privacy, has been in talks for months with prosecutors about an immunity deal. Under a possible deal, she would avoid prosecution for obstruction of justice in return for testifying in the investigation into whether Gaetz in 2017 had sex with a 17-year-old female for money and whether months later he and others violated a federal law prohibiting people for paying for prostitutes overseas.

Legal sources familiar with the case say Gaetz is being investigated for three distinct crimes: sex trafficking the 17-year-old; violating the Mann Act, which prohibits taking women across state lines for prostitution; and obstructing justice.

Gaetz, R-Fla., has not been charged with a crime and has denied all accusations, saying he never paid for sex and never had sex with a minor when he was an adult. The firebrand conservative has called the federal investigation into him a DOJ “witch hunt.”

The attorney for Gaetz’s ex-girlfriend, Tim Jansen, declined comment about the case Wednesday, when he was spotted by an NBC News reporter entering the federal courthouse in Orlando with his client. A Department of Justice spokesman declined comment. Gaetz did not respond to a request for comment.

The investigation into Gaetz has lasted for more than a year and began when a former friend and ally of his, former Seminole County tax collector Joel Greenberg, was charged with a host of crimes — from falsely smearing a political rival as being a pedophile to cheating taxpayers in a cryptocurrency scheme to sex-trafficking the same 17-year-old in the Gaetz investigation.

Greenberg has agreed to plead guilty to six of the charges against him and is cooperating with federal investigators, NBC News has previously reported.

He has pleaded guilty to charges of identity theft, stalking, wire fraud, conspiracy to bribe a public official and sex trafficking of a minor.

According to one source familiar with the case, the alleged sex-trafficking victim told investigators at one point that Gaetz had sex with her.

But the investigation into Gaetz was stalled as prosecutors sought the cooperation of Gaetz’s ex-girlfriend, according to those familiar with the case, because her testimony could help fill in crucial aspects of the case.

The ex-girlfriend was in an open relationship with Gaetz in 2017 and 2018 and allegedly discussed other women he was involved with, according to three friends of the former couple. She allegedly went with Gaetz and a number of other young women and friends of the congressman in 2018 on a trip to the Bahamas, a trip that is also under scrutiny, CBS News and Politico previously reported.

After the investigation began, Gaetz spoke with his ex-girlfriend in a three-way call with yet another woman who was cooperating with federal investigators at that point and was secretly recording the call, according to two sources familiar with the case.

It’s on that call that Gaetz is suspected of obstructing justice, which federal prosecutors are investigating, according to law enforcement sources.

After that phone call was first reported in April, Gaetz denied the allegations through a spokesperson.

“Congressman Gaetz pursues justice, he doesn’t obstruct it,” the spokesperson said in a statement.

In a sign of how surprising her testimony on Wednesday is, Gaetz’s ex in the past week had approvingly amplified one of his comments on Twitter by retweeting it.

Jansen, the ex-girlfriend’s attorney, has a reputation in Florida legal circles as a master of immunity deals after he secured one for an admitted murderer who ultimately was not charged in return for helping authorities solve the case.

Boris Epshteyn, an adviser for former President Donald Trump’s 2020 presidential campaign, acknowledged Friday that he was part of the effort to prop END_OF_DOCUMENT_TOKEN_TO_BE_REPLACED