The niece of Chicago Police Department’s Internal Affairs chief was caught on body camera video warning cops conducting a drug bust that her aunt is a police officer and is ‘probably your boss.’

Internal Affairs Chief Yolanda Talley’s niece, who has not been named, was driving her aunt’s silver Lexus on February 1, when police officers pulled the vehicle over after allegedly observing a passenger toss 84 baggies of heroin worth $6,300 out the window.

That passenger, 34-year-old Kenneth Miles, has been arrested.

Body camera video that was obtained by the Chicago Sun-Times in response to a Freedom of Information request, shows Talley’s indignant and irate niece yelling and swearing at officers, and demanding that they allow her to retrieve her belongings, including her house keys, from the Lexus. 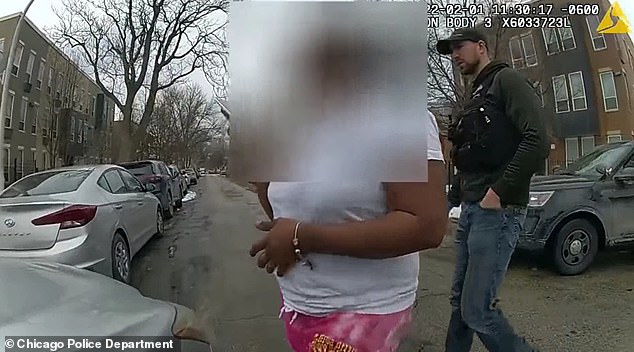 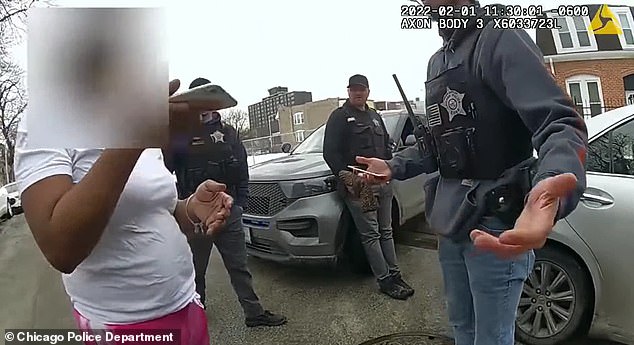 The niece, who was not arrested, told police ‘my auntie is probably your boss’ and ‘my auntie is a police officer, too.’ The edited video released by the police does not show her face 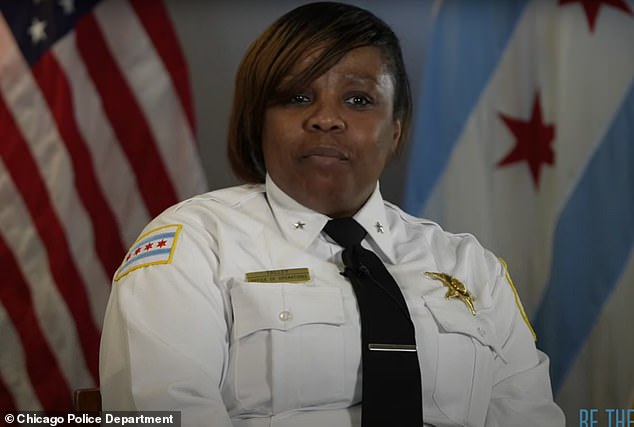 Chief Talley was the owner of the silver Lexus that was stopped by the police. She was not in the vehicle

During the foul-mouthed verbal exchange seen in the video, which has been edited to obscure the niece’s face, the woman tells the cops: ‘don’t even worry about it, my auntie is probably your boss.’

The niece repeatedly invokes her high-ranking aunt during the back-and-forth with the officers, telling them: ‘my auntie is a police officer, too. This is her car.’

Talley’s niece’s passenger, Kenneth Miles, 34, was arrested on a heroin possession charge after allegedly being observed tossing 84 baggies of white powder out the car window

Police arrested Miles on drug charges but let Talley’s niece go, writing in a report that she was a witness.

Talley’s Lexus was removed from the scene by the arresting officers, but instead of being taken to an impound lot, it was returned to the chief’s niece.

In the wake of the drug bust, the officers who took part in Miles’ arrest were reassigned to desk duty for an unknown reason, the Sun-Times reported.

The Chicago Police Department said it has referred the matter to the Office of the Inspector General.

DailyMail.com on Monday reached out to the police department, seeking comment about the body camera video and sending a series of questions about the decisions to not impound Talley’s car and to place the officers on desk duty.

Talley has been on the force for 26 years and was promoted to Chief of Internal Affairs in December 2021.

According to police reports obtained by NBC Chicago, the incident began unfolding on the morning of February 1, when police officers conducting a drug investigation observed Miles walk up to a black SUV parked in the 3400 block of West Chicago Avenue.

Miles was allegedly seen bending down to pick up a multicolored bag that police believed contained illegal drugs. 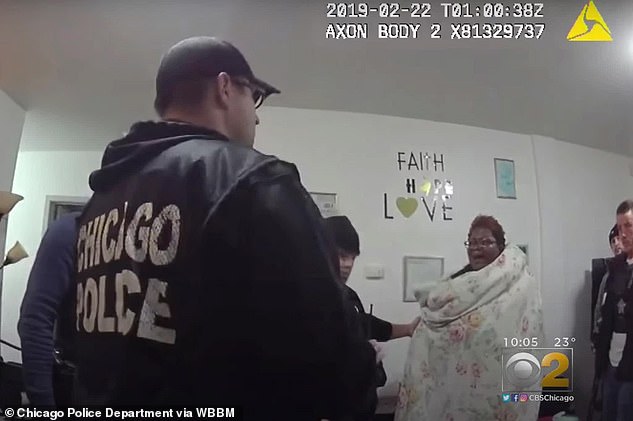 Miles then walked to the silver SUV belonging to Chief Talley and being operated by her niece, and got into the front passenger seat.

As the Lexus began to drive, police tried to pull the vehicle over.

According to the reports, Miles rolled down his window and tossed out the multicolored bag, which was later found to contain 84 baggies of a white power suspected to be heroin with a street value of $6,300.

Meanwhile, Talley’s niece was allowed to walk away without any charges. An investigation concluded that she ‘did not have any knowledge of said narcotics being inside the vehicle.’

Records released last year by the Civilian Office of Police Accountability (COPA) revealed that Miles was the informant ‘John Doe’ who tipped off police about the whereabouts of a felon in possession of a gun, ultimately leading them to Anjanette Young’s home on February 20, 2019, reported WGNTV.

Young, who was undressing for bed, was forced to stand naked for about 30 minutes while police searched her home, before realizing they had the wrong address.

It turned out the suspect lived in the unit next door to Young and had no connection to her whatsoever.

The suspect was awaiting trial on home confinement and was wearing an electronic monitoring device, meaning cops could have easily tracked his exact location.

The 12 police officers connected to the bungled raid had been placed on desk duty pending the outcome of an investigation by the Civilian Office of Police Accountability, which concluded last month that half of them – including officer Ella French who was killed in the line of duty in August – should be punished.

In December, the City Council approved a $2.9million settlement in Young’s civil lawsuit against the city, which alleged that officials engaged in a conspiracy to cover up civil rights violations.

A staffer at Boston’s Northeastern University was injured after a package he was opening on campus exploded, college officials and reports said.  The package detonated … END_OF_DOCUMENT_TOKEN_TO_BE_REPLACED

DVSN – If I Get Caught

Beyoncé – Single Ladies (Put a Ring on It) (Video Version)

Sabrina Carpenter – because i liked a boy (Official Video) 

( CNN.com ) New York (CNN Business) Some types of Jergens moisturizer have been recalled because of possible … END_OF_DOCUMENT_TOKEN_TO_BE_REPLACED